When vows are most needed... 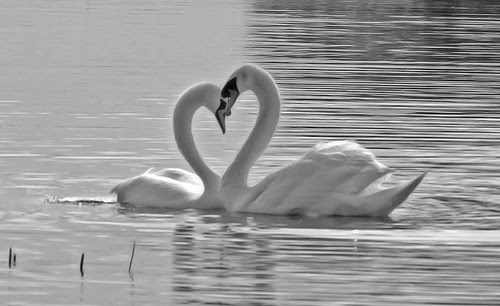 In the ongoing saga of the breakdown of marriage among straights, the advent of a new, less monogamous marriage among gays, and the high numbers of those cohabiting, comes this little nuance from GK Chesterton.  He commented that the marriage vows are made when they are not needed. His point was that the young couple that is head-over-heels in love doesn’t need to the vows, because they are so smitten. But we make the vow at that point so that it is there to hold us faithful when we must bear the cross, drawing our strength and our guidance from Him who bore the cross for us.

Of course, this is hinted at in the vows themselves -- for better or worse, for richer or poorer, in sickness and in health... The promises of marriage are least needed when a man and a woman are infatuated with each other, with the prospect of their lives intertwined, and with love so new and fresh it seems limitless.  But that is exactly the time when the promises are made so that when they are needed -- when husband and wife fall out of love, when their lives seem pulled apart from each other, and their love is a burden or a labor.

We worry so about nearly everything except this aspect of the wedding -- public vows made publicly, promises for which the witnesses hold the couple accountable, and a solemn covenant not simply for the times when love is easy or the relationship new.  I think Chesterton has something there.  Marriage vows are made when they are least needed so that they are there when they are needed most...

We like to think of marriage as the uniting of two spirits but Scripture reminds us that when a man leaves his father and mother and cleaves to his wife, they become one flesh.  It is when this flesh betrays its weakness, when the body fails, and the mind grows dim, that our vows and promises are needed most.

I cannot recall which medical TV show I watched long ago in which an old woman came into the ER obviously dying.  Her mind had already been taken by Alzheimer's and her body was not far behind.  But her elderly and frail husband remained with her, holding her hand, caressing her face, comforting her as she grew nearer and nearer death.  Love's final duty.  In the end it stood in stark contrast to the one night stands, affairs, infidelity, and promiscuity of the cast of characters in the show.  But it was a great scene in which Chesterton's point is well made.  It is when we need them least, we make our vows and promises as husband and wife and so they are there when we need them most of all... In the end I found the scene from the show noble and heroic.  Oh, that all our marriages showed forth the same love and devotion when love and devotion are hard and costly!
Posted by Pastor Peters at 5:58 AM

I love the ending to "The Notebook" (2004, Gena Rowlands and James Garner). If you have not seen it, it is worth a couple of hours of your time. Do not watch it with your kids, but the ending is great.

Unfortunately, Pat Robertson told
his "700 Club" television viewers
this month that Alzheimers makes
divorce OK. He said that divorcing
a spouse with this disease is
justifiable because Alzheimers is
a kind of death.

This type of advice is a cop-out on
the vows Christians take at the
altar before God as husband and wife.
With this type of reasoning divorce
would be justifiable when terminal
cancer or any other terminal
illness is contacted by a spouse.

"promises for which the witnesses hold the couple accountable"

That is an interesting concept for which we often fail as 'witnesses'. I have been to quite a few weddings (I was also a wedding photographer once...), and I wonder how many people just take sides, instead of take responsibility?

Rather than advice and encouragement to stick it out, people console and say 'I understand, we know he was a...' or 'I know this other guy will be better for you...' or whatever. The whole concept of public accountability is lost in our personal need to be loved, and our desire for 'peace'.

Thanks for sharing, I think we can all take something away from this!