What ever became of awe.... 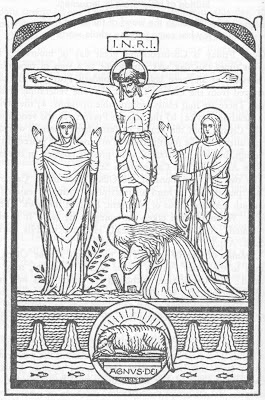 You can call it fear if you want to but I prefer to call it awe.  There is a sense of the grandeur of God that flows throughout the Old and New Testament.  This is inherent in the worship both of the old covenant and the words of worship throughout the text of the Gospels and Epistles.  Certainly, the sacred images of Revelation convey that sense of awe.  A sense of awe both diminishes the person before God at the same time that person is elevated by God.  It is the heart and center of our encounter with the Most High God who has delivered to us His own Son as Savior and Redeemer.

The Divine Service and the Liturgy of the Hours all expect and encourage such reverence and awe.  God is unapproachable except where and when He bids us to come and enter into His presence.  Before the Lord we feel small.  This smallness is not so much painful as it is instructive.  Before the Lord we know who we are and who we are not.  In the surprise of that encounter, the Lord who is all in all descends to us and comes to us in ordinary forms with the mystery of His presence and the richness of His gifts.  This mystery both gives us pause and creates in us the desire to approach -- the approach that comes not with our desire but with the bidding of the Lord.

When the Pastor presides well, he leads and teaches this reverence and awe at the same time.  It is as if the Pastor and the liturgy speak the same language and, indeed, reinforce the same truth.  When the Pastor does not preside well, he takes the things of God and makes them common, ordinary, and routine.  Nothing about God is common, ordinary, or routine.  Even the flesh and blood of our Savior is unique for it holds the very Son of God.  Pastors who preside well never lose sight of this fact.

I am sorry to say that too many Pastors feel uncomfortable and communicate their uncomfortableness to the people -- not in the sense of awe or reverence but as those who are uncertain and self-conscious.  Pastors need to be at home in the chancel in order for them to preside well and demonstrate the awe and reverence with which we approach the mercy seat in Christ.  At the worst, some Pastors are downright goofy in the chancel.  They joke about their ineptness or ad lib continuously in their nervousness.  They discourage the people from taking the liturgy seriously and that means taking the Word and Sacraments seriously.

Lutherans are not the only ones who suffer the sins of poor presiding.  I have found some of the worst offenders in Roman Catholic parishes.  In an effort to be folksy and winsome, some priests have become comedians and have stolen the spotlight from the Lord.  Lutherans Pastors often show their unfamiliarity with the liturgy while Roman Catholic Priests sometimes treat the chancel as if it were the family room and work against the mystery of Christ's presence by their casual and irreverent manner.

Once I had another Pastor say to me that he had never seen such "high church" liturgy but at the very same time he sensed that this was both natural (not contrived) and flowed directly from the character of the Divine Service.  I took it as the highest compliment.  What he was seeing is what I am trying to describe -- the most profound sense of awe, the attitude of reverence, which both diminishes us and elevates us because it invites us in.  People who do not like the ceremonial of the liturgy do appreciate the reverence which permeates what we do on Sunday morning.  No one wants a God who is uncomfortable being God.  We are drawn to the God who is every bit the Most High yet whose grace invites us into His mystery without diminishing that mystery at the same time.

Wherever you find such reverence and where you find a Pastor who, by his presiding, communicates well this awe and majesty, you need to stop and pay attention.  This is a place where the Lord is present among His people and His people know it.  This is what I believe St. Paul is referencing when he uses that term "stewards of the mystery."
Posted by Pastor Peters at 6:00 AM

Is it a legitimate concern that a pastor or laity can be ill-equipped for certain levels of ceremony? The "higher" church you go, in terms of ceremony, more detail and therefore planning, coordination, and execution are necessary for a pastor to preside well. How does a pastor or a congregation discern when increasing ceremony, and thus complexity, cease to be salutary and begin to present stumbling blocks?

Sadly what you say is true. Though it is due to poor role models in the parishes and a lack of attention given to worship in the seminary (better today than a generation ago) but you start somewhere... teaching and personal practice that models this for the people. I have had many folks over the years ask me how to make the sign of the cross even though I never tell them to do it -- I merely point out where it might be done and I do it. You start and grow into it, teaching as you go, and it will come for both of you.

I understand and agree with your approach of modeling and instruction. As a layman I have appreciated this very approach by faithful pastors seeking to return reverence and awe to the service. I haven't fully fleshed out my thoughts, but I am thinking more about the resources, using the term broadly, of the congregation and pastor. Do varying levels of "resources," be they spiritual, musical, intellectual, financial, organizational, or others, require some discernment when considering how ceremonial a service should be before confusion or offense are legitimately considered?

I've read other liturgical pastors in our synod who suggest that practices should be continually developed and improved over time, or a congregation becomes stagnant. I know this is stretching a bit beyond the substance of your post, but it seems related to me.