The categories of the faith. . . 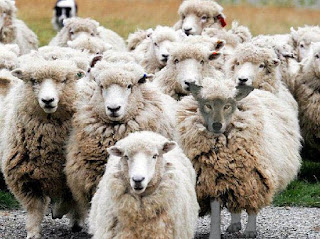 Francis Cardinal George who died recently was always good for a rich and powerful quote.  I have repeated here is most famous line about how his successors will die.  Another line is also a favorite of mine. Right after his installation as Archbishop of Chicago, he said at his first Chicago press conference in 1997, the Church is about true and false, not left and right.

For Roman Catholics, the markers changed in Vatican II and its aftermath.  For them their church was forever divided between liberal and conservative, liberal being good and conservative being bad.  This was mirrored in the mainline Protestant denominations as well.  For Evangelicalism and, to a certain extent for Lutherans, this has been transcended by the god of personal preference.  Those who agree that the preaching, liturgy, and witness of the faith should be centered in the person and those who believe it should be centered in Christ now fight worship wars, battles over doctrine, and a war to end all wars in the morality and ethic about marriage and sexuality which is faithful to Christ and His Word.

Because we tend to see things exclusively through the lens of personal preference, like and dislike, and desire, we have surrendered too much to the political boundaries and no longer believe that truth itself is at stake in the skirmishes regularly fought over what happens on Sunday morning, what we confess and teach about God and His Word, and what we believe and practice with regard to sexuality and marriage.  These are, for many people in our churches, no longer matters of truth and error, right and wrong, but simply what seems good in your own eyes and what appeals to and is formed by your personality and experiences.

Worship wars are not about the competition over preference or epoch in liturgical history we choose to hold up as some golden era.  Not at all.  Worship wars have to do with faithfulness to Christ.  Either we meet Christ on the terms He has set -- the means of grace --  or we do not know Him as He has chosen to be known.  This is about truth and error.  This is not about what kind of instruments accompany the church's song or even about the style of that liturgy but about whether or not Christ is preached faithfully and met with faith where He has promised to be -- in water, bread, wine, the voice of absolution, and His Word.

Doctrine is neither informed by nor does it derive its authority from the willingness of the people to believe it or like what it is.  Doctrine is informed by Scripture and has its authority from the God whose living voice speaks through His Word -- speaking the yesterday, today, and forever steadfast and enduring Word that alone can deliver forgiveness, life, and salvation to the sinner in His shame, the wounded in their pain, the dying in their death, and the living in their struggle.  We do not vote up or vote down what the Word of God teaches.  We can reject it but if we reject it, we are rejecting Christ (if not now, later).

Morality is not about disdain for homosexuality or the belief that the homosexual has no choice in his or her desire and was made that way.  It has everything to do with the shape God intended for His creation, the order established in that creation and still known through natural law, and the redemptive corollary to that shape and order (think Ephesians 5 and Paul's conclusion that this is Christ and the Church as well as man and woman before God).  This morality is not something we choose but what has chosen us in creation, what has been restored to us in redemption, and what becomes our path and our glory in sanctification.
We are too cheap with God's Word when we make it all about preference or political labels of liberal or conservative.  This is costly grace that is freely given and whenever we make cheap what God has delivered to us at the expense of Christ's own suffering and death, we surrender our birthrights as Christian people.  No, the good Cardinal had it right in 1997 and it is still correct.  This is not about liberal or conservative but about truth and falsehood, not about right or left but about the truth that endures forever and the error that leaves us in our sin and death for all eternity.
Posted by Pastor Peters at 6:00 AM

"Right after his installation as Archbishop of Chicago, he said at his first Chicago press conference in 1997, the Church is about true and false, not left and right."

First, despite numerous references on the internet to what Francis Cardinal George said in the 1997 press conference, there is no direct quoted statement given.

Second, even assuming the statement or something equivalent was what he said, Lutherans should realize that as a Romanist, Francis Cardinal George's understanding of "Church," "true," "false," and probably "left" and "right" were not the same as the confessional Lutheran understanding.

Carl, what part of a take off comment don't you get? After reading Pr Peters for a while it was easy to see how he uses comments as starters for his own comments but you seem to be fixated on the original quote every time you comment.

Anon, why have you gotten your panties in knot?

Is your objection to my comment about the Archibishop's reported statement? Is your disagreement about my pointing out the difference in Lutheran and Romanist understanding of various terms? Is your perception that my comment is objecting to a Lutheran understanding? No to all of these.

Your gripe is simply an ad hominem accusation about a supposed fixation. Of course the accusation is unsubstantiated, because it is a lie. In the past my comments have dealt with various parts of the blog, and in some cases the comment by another poster.