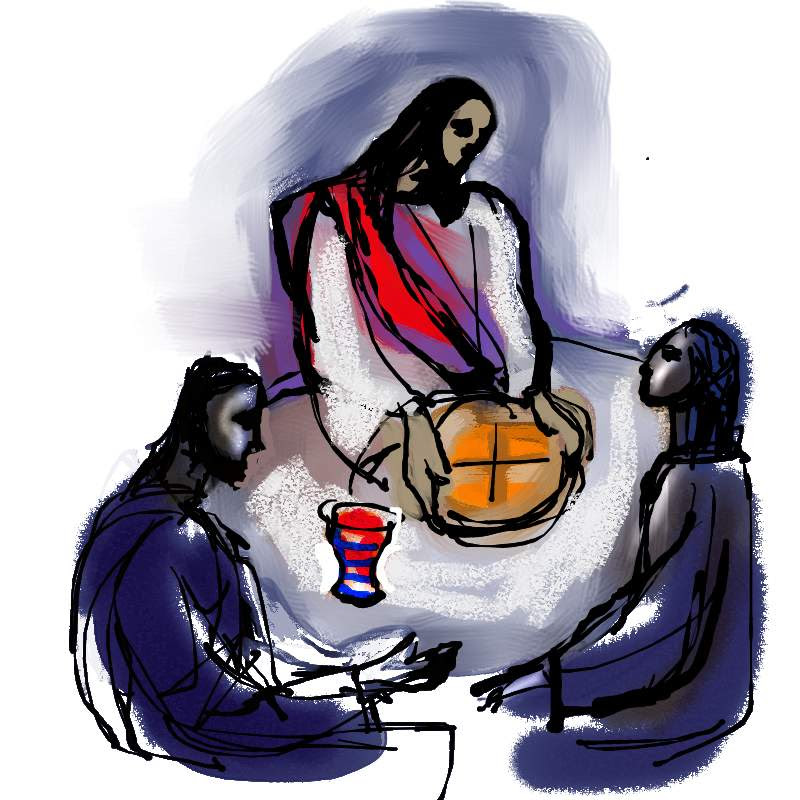 By now we all know that in Acts the first Christians were called the people of the Way.  Undoubtedly, this had its source in the claim of Christ to be the way, the truth, and the life.
“and asked him for letters to the synagogues in Damascus, that, if he should find any men or women who belonged to the Way, he might bring them back to Jerusalem in chains.” – Acts 9:2

Only two chapters later, another name for the disciples of Christ appears.  It was in Antioch that the people of the Way were first called Christians, the name that has stuck.


“and when he had found him he brought him to Antioch. For a whole year they met with the church and taught a large number of people, and it was in Antioch that the disciples were first called Christians.” – Acts 11:26

Another name appeared thirteen chapters later, one that has not stuck to Christians.  This name  referenced both the hometown of Jesus (Nazareth) and the moral life of our Lord -- one lived out within the lives of His followers.

“We found this man to be a pest; he creates dissension among Jews all over the world and is a ringleader of the sect of the Nazoreans.” – Acts 24:5

Though it might make a few readers of this blog uncomfortable, another name for Christians that appeared very early on in the life of the faith is the name Catholic.  We read in Saint Ignatius' letter to the Smyrneans, dated about 100 AD:

“Where the bishop appears, there let the people be, just as where Jesus Christ is, there is the Catholic Church.”

While you can argue whether to capitalize the "c" in Catholic or not, it represents a more modern distinction than one which St. Ignatius might have nuanced.  I write this, however, not simply to note its ancient origin but to point to the way this particular term became descriptive of the Church itself -- whole, complete, universal, and whole.  It is surely this that is referenced in the Creeds.  The catholic faith is not a sectarian point of view or a unique perspective but precisely that faith delivered once to the saints and through the ages from age to age and generation to generation.  It is this conviction that is behind the significance for Lutherans.  When we use this word, catholic, we do not simply claim to be Christian but we are deliberately claiming NOT to be a sect, not to be a small part of a greater whole, but precisely here, in the smallest parish, where two or three are gathered in the Name of Christ, there is the fullness of the Church -- it does not lack anything when this community has the Word of God rightly proclaimed and the Sacraments of Christ rightly administered..

I write this because through the ages Christianity has always had its temptation in size and numbers, statistics and significance.  This is not simply true of the modern era but has always been a struggle.  Even now within my own church body, there are some who disparage the small congregation as an embarrassment or scandal.  I have personally witnessed the outrage of church experts and leaders who complain against those smaller congregations and attempt to make the people in the pews and the pastor in the pulpit feel guilty or ashamed of being small.  But in the small congregation resides the fullness of the Church and this community is fully catholic -- every bit as much as one with greater numbers of even a greater number of clergy.  The creed calls upon this ancient term in order to draw our attention to content, doctrine, and truth (to the Word and Sacraments) as that which defines catholicity and not size or relevance or even a particular see.  Lutherans ought to be rightly offended that this terms has been co-opted from its creedal definition and the one apparent from the beginning according to St. Ignatius and has come to mean one structure, jurisdiction, and communion.
Posted by Pastor Peters at 6:00 AM

So, now we are giving more credence to a non-scripture letter that uses the word "Catholic" that to a Scripture passage that uses the word "Christian?"
It would seem that if you are going to argue for using the word 'Catholic" in the Creeds, you would at least cite compatible sources. Or, does Scripture no longer trump all other documents when it comes to being the sole Word of God?
Why not just admit you are in the minority on the use of "catholic" and give it up? The LSB uses "Christian," the Cathechism uses "Christian," an overwhelming majority of congregations use the word "Christian" in their worship services, even the LCMS National Convention used the word "Christian" in the recitation of Nicene Creed during the opening worship service, led by none other that President Matthew Harrison.
That is just from the observations from a simple pew sitter. No advanced theological training, no 30-something years as a Pastor, just a simple working stiff that proudly proclaims his Christian faith, not his catholic Faith.

Here are some excerpts from the Lutheran Confessions, in German, Latin, and English:

"For, thank God, [to-day] a child seven years old knows what the Church is, namely, the holy believers and lambs who hear the voice of their Shepherd. For the children pray thus: I believe in one holy [catholic or] Christian Church."

Elsewhere Lutherans sometimes also refer to the "holy catholic Church" as the "invisible Church". One should not use "[C/c]atholic" as a congruent term describing visible church organizations (e.g., the Roman church). Even within visible Lutheran churches there are also hypocrites, who are not part of the communion of saints.

@Anonymous, the creeds (Nicene, Apostle's, and Athanasian) all originally said catholic. There is nothing that we should fear about that term Catholic. Pastor Peters is right, the term has since been coopted because of the schism of the one holy and apostolic church, which is a bad thing, but as Lutherans, we should all aspire to see all of Christendom united again into ONE holy and apostolic church, united in the proclamation of the gospel of Jesus Christ. Keep in mind that when Ignatius was using this term in his epistle, he was using it to warn the parishioners in Asia minor against the false teachings of the docetics who deviated from the truth we now embody in our creeds. We would do well not to throw away our history in some instinctual reaction against Rome.

Never understood the problem with confessing the belief in "one holy catholic and apostolic Church." Even heard about people the confusion between a big "C" and little "c", really? We sign on church states clearly, "Saint John Lutheran Church LCMS"as do our parish worship folder. No confusion in my mind. In my mind, we either are the one true catholic church or we aren't.