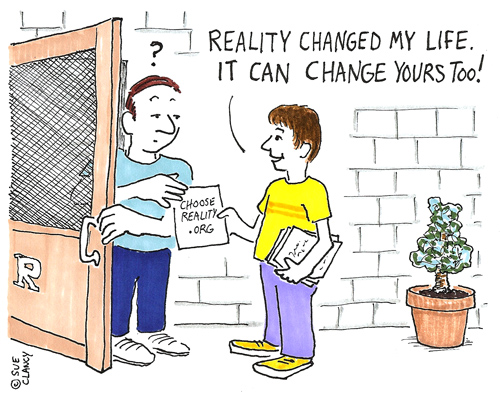 Again, First Things has a good piece on liturgical renewal and the return of one raised in the liturgy to that very liturgy that gave him life.  It is a good read and I urge you to take a look.  I appreciated his personal take on the journey back to his beginnings and Leroy Huizengais a good writer.  I stole a quote from his article:

In recent years, however, while continuing to play in worship bands, I began to become increasingly uncomfortable with the idea of “contemporary worship.” As Rich Mullins, to this day one of my heroes, once said, contemporary Christian music is great entertainment, but it doesn’t belong in worship. (Ironic, indeed, coming from the guy who gave us “Awesome God” and “Sometimes by Step.”)

Leroy Huizenga suggests that among the reasons for the Lutheran (or other liturgical church's) foray into contemporary worship and contemporary Christian music:

I suspect it involved a shift in the philosophy of religion (itself a subset of other cultural and intellectual currents) that came about in the 1960s and 1970s. Painting with a broad brush, before that time, religion concerned doctrine. After that shift, religion concerned experience. It’s easiest to see, I think, in evangelicalism, but the pattern holds for mainline Protestant and Catholic churches too. In any event, Christian worship became all too captive to culture and undergirded by a reflexive pragmatism.

His point is well taken.  When I was confirmed as a Lutheran youth, it was all about memorizing doctrine and Scripture -- namely the Small Catechism (1941 version) and the supporting passages of that Synodical edition of the Catechism. At some point along the way, we became suspicious of indoctrination and decided it was, on the whole, a bad word.  So we substituted experience and relationship for training in doctrine and righteousness.  We began to think that kids should feel more and think less about God.  Perhaps some of that was a needed corrective for a faith prone to intellect and weak on emotion.  But we did not stop with balance.  We turned the tables and raised up a generation (tail end of the boomers and those afterwards) who learned quickly doctrine=bad religion and relationship/experience=good religion.  It was a small step from the catechism classroom to the nave and chancel to bring about the same transformation.

It is still the claim among missionals that liturgy only works for high brow, intellectual, education, and emotional stunted folks and most of those are old so the Church has to move on.  To fill the fill we picked up our old Peter, Paul, and Mary style worship music of the 1960s and put it on steroids -- complete with the sound systems and screens to make the whole experience complete.  It worked only because we had taught them doctrine was bad and left their catechetical training starved for truth and saturated with the fat of relational and experiential Christianity.

The big difference between the missional crowds and the confessional folks is less musical taste or sense of beauty than it is the centrality of doctrine in the catechetical ministry and worship life of the Church.  The missional crowds seek what works -- they are very pragmatic in that regard.  They seek to fill the void of what is lacking in culture and society today.  They are seeking a relationship for people for whom being lost is sin but more than that, it is isolation and being disconnected from family and community.  The confessionals also care about community (koinonia, they would say) but they view this essentially through the lens of that which the Word and Sacraments create, nurture, and nourish.  What works is less important than what is true and what is true is the God works through the means of grace.  Period.

So, for example, those missionals and experiential Christians who practice CCM and CCW and who seek relationships with Jesus for the people they reach do not get the problem.  After all, they are bringing in people who would never darken the confessional door.  Why do the confessionals complain?  The confessionals wonder how you can have a relationship with Jesus apart from the Word and Sacraments and see these as much vehicles of truth as creators of koinonia.

The old battle continues under new names and in different venues but the issue boils down to the same conflict between truth/doctrine and relationship/experience.  We might well look to history to see how this pendulum swing has gone before and what fruits it has borne -- but that would be too simple.  So we continue to plod down the same old tired ruts of pitting them against each other, making them compete, and choosing one over the other.

The one thing that gets lost in all of this is that there is no relationship and there is no experience of Jesus apart from the means of grace.  Larry Peters did not say it and neither did Luther or the Church before Him.  The rock on which Jesus builds His Church is really Himself, the means of grace which impart Christ and His gifts to us, and the faith created by the Spirit that responds with "Amen."  I get the relationship/experience/missional crowd.  I just don't think they get me... at all!
Posted by Pastor Peters at 6:00 AM

Good article, and GOOD LUCK! The time, according to the Apostle St. Paul to Timothy, wherein people with itching ears will accumulate teachers to their own liking, is upon us. Few are listening, Father Peters, but, rest assured, they are faithful!

Amen! It is not just confessionally raised Lutherans who 'get' liturgy. Some of us were raised in the empty shell of evangelicalism now being filled with 'Lutherans' who would rather be Baptist.

It is consterning and amazing that those of us who are running full tilt from the a-doctrinal, a-creedal churches are passing so many Lutherans runniing the other way!

I agree with Janis. Why should a disaffected Evangelical be interested in a "Willow Creek style" LCMS church. Such congregations merely function as a bad copy of a non-denominational church.

Sadly, LCMS district officials "don't get it.". They remind me of kamikaze fighter pilots who would deliberately crash into U.S. battleships during WWII. Bonzai!

The recent attack by the LCMS missionals against the LCMS confessionals during the ULC/MNS affair was an act of Bonzai. If a confessional congregation cannot be changed in a missional one, just make the congregation homeless! Yeah, that will show 'em!

Rich Mullins was, inadvertently, one of the major influences on me turning Lutheran. It pains me when people single out his music (of all people) to show what is wrong with entertainment-style worship. Consider the following interview he gave on "worship buzz" and sensationalism in the church:

So, what is the flock to do when the shepherd called to tend it places that which is missional and relationship oriented over his obligation to tend?

So, Mynista, the Christian rapper, taking part in a "cutting-edge" Lutheran youth concert, wouldn't be part of "Grandpa's church"?

When we forsake the national youth gathering and officially adopt Higher Things as our vision for "youth ministry", I will believe that the direction has been/is being/will be changed.

Or when the NYG becomes more like Higher Things the direction will have changed...

"Or when the NYG becomes more like Higher Things the direction will have changed..."

What can we as lay people do to hasten that day?

It would be great if people like Pastor Peters would apply to lead the NYG. If a hundred pastors like him applied, they couldn't justify rejecting them all and then there could be an improvement in the NYG. Infiltrate them.

Also, will Higher Things have a booth at the NYG? I am a lay person and I live in Texas. At my own expense, I would be willing to man the booth with my teenaged son. Is there a pastor in San Antonio who would stand there with us?