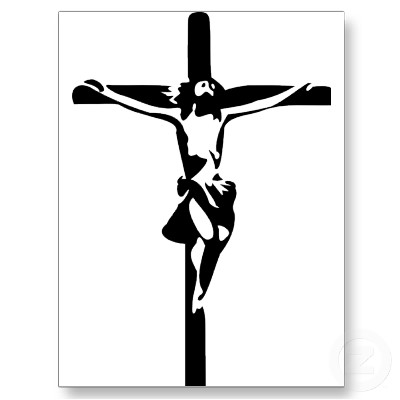 “Put a cross in it please”, said the pastor who recently asked for our studio to design a new logo for his church. I believe he’s wrong, so I challenged the notion. He said he wasn’t sure but the committee he reports to requested it... A logo needs to differentiate your church from other churches. If every church required a cross, a dove, an angel, or similar, then all church logos would start looking the same. Then it’s impossible to set yourself apart from all the other houses of worship and ultimately you don’t have a brand.

Put a cross in it, please....  I am sure that those who advise churches on such things as logos and marketing are well meaning folks.  They do want their clients to succeed.  I am not sure that God has in mind the same definition of success.  Putting a cross in it is probably not a great marketing decision for those who want to appeal across the grand spectrum of the masses but the Church is not accountable to the world.  The Church is accountable to God.  We put a cross in it because He did.

On this Friday we call Good, God stuck a cross into the ground and we hoisted up His own Son, killing the heir to gain the vineyard, glad to put an end Him who ended our hopes of self-righteousness, and as punishment for Him who ate and drank with sinners.  But hidden behind our own acts of rebellion and pride, God was in Christ reconciling the world to Himself.  It was a drama whose script we thought we were writing but it was the plan laid down before the foundation of the world when God would in Christ reconcile the world to Himself.

The cross is not a symbol nor a logo.  It is the center of our preaching, our teaching, and our worship.  We preach Jesus Christ and Him crucified because there is salvation in no other.  We teach Him who is the way, the truth, and the salvation -- the way that led through suffering, cross, and death... the truth of Him who exchanged His righteousness for our sin and bore it all up obedient to the cross... the salvation that is in Christ alone by the proclamation of the Word made flesh, who suffered in our place for our sin, and died our death upon the cross.

His blood be on us... cried out the people when shown Christ their King.  And so it was.  The blood of Christ is on us -- not as guilt and shame but as the redemptive power of God to cleanse us sinners from the stain of sin and mark us for the life that death cannot overcome.  A blessed Good Friday to you as we contemplate the mystery of the cross where He who knew no sin became sin for us and by His death redeemed us and the whole world.  Let us come to this cross, bidden by the Spirit, and confess Him as Lord and Savior.  And thus confessing, let us rejoice in the love who arms outstretched in suffering have redeemed us.  Put a cross in it.  That is what God did.  For you.  For  me.  God was in Christ reconciling the world to Himself.  Thanks be to God!

May you have a blessed Easter!