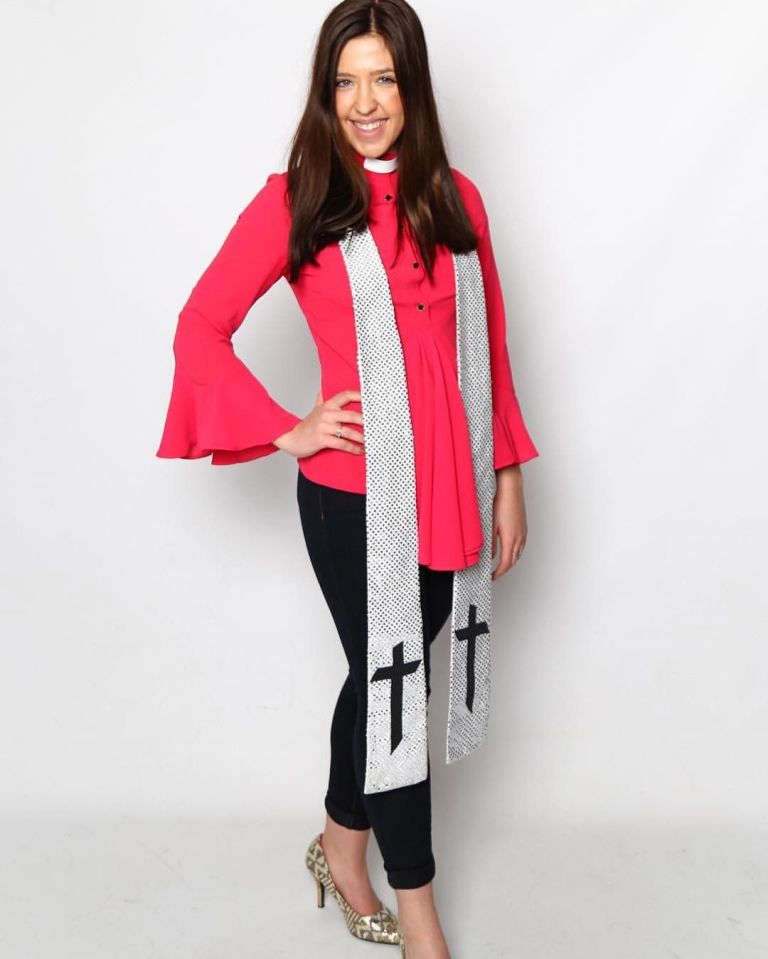 You can read the whole article in Elle here.  I will only give you the first few lines so that you get the gist of what the article is about. . .

Johnson, who, after graduating from Duke with a Master in Divinity, is getting ordained with the Evangelical Lutheran Church of America, will start as an intern pastor at a church in Bend, Oregon this September.

While there is an idea that Missouri is nitpicking and that the differences between Missouri and the ELCA are not that great, the reality is that the distance is growing ever greater.  While official ELCA may not make such outrageous statements as this woman, the fact that this is tolerated only indicates how deep the great divide is.  And it is not simply about sex.  It is about the abiding character of God's Word to address us, about whether that Word truly is forever or whether it becomes dated and can be ignored, and about whether that Word is the powerful means by which God the Spirit calls, gathers, enlightens, and sanctifies the Church.  It is about the boundaries this Word places to define what is faithful and what is not, what is the faith and what is not.  It is about the message that we call the Gospel and whether Christ and Him crucified can ever be displaced as that Gospel.  It is about the unity of the faith and of the Church and whether this unity can abide such flagrant transgressions of doctrine, truth, and practice.

When the gospel becomes a cause, when Scripture can be ignored in the face of "love", and when the "spirit of the age" defines the Church more than the Word, catholic creed, and historic confession, there is no gospel at all.  The cross is not incidental to the Gospel -- it is the Gospel.  The freedom of this Gospel is not license to allow desire free reign but the self-control and discipline to rein in desire and that is the fruit of our new life in Christ.

Even if the furor created by Ms. Johnson's comments precludes her ordination, you still have to wonder whether the view of Ms. Johnson would have been enough for the ELCA to say "no" or whether such a decision is based solely on the negative publicity.  We have already seen shocking things (everything from the use of non-Christian religious traditions in worship to Her Church in San Francisco) tolerated at first and then embraced as mainstream for the ELCA.  It has created a flood of people and several new churches who left precisely because there did not seem to be legitimate boundaries and the decisions of the national church made their church a stranger to them.

Of course, there are well meaning congregations and individuals within the ELCA who insist that this is not what is happening within their parishes and they would not stand for such.  But the defense "not in my back yard" cannot endure.  Not only are all ELCA folks being painted with the broad brush of the strange fringe such as Ms. Johnson, all Lutherans are identified with her by those who do not know the ins and outs of the maze of Lutheran acronyms.
Posted by Pastor Peters at 6:00 AM

ELCA? Of course, where else could she go? Think ELCA. Think Progressive. Think Spiritually contemporary and dead.

Papal Anathemas: They’re never around when you need one.

See Michael A. Lockwood. The Unholy Trinity: Martin Luther against the Idol of Me, Myself, and I.

Sad and too awful almost, to share. It will all end badly.

Sad and too awful almost, to share. It will all end badly.