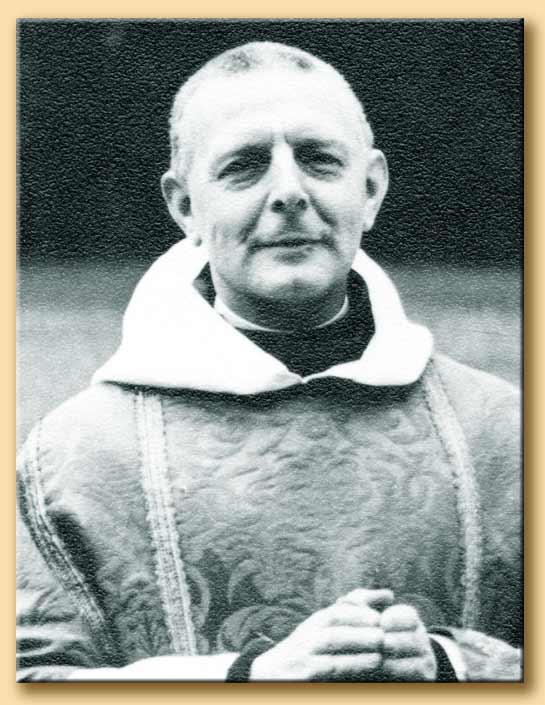 From Dom Gregory Dix:  Old men in a hurry to realize their dearest dreams can be very short-sighted.

Yes, it is true.  In fact, I do plead guilty.  While it is usually the young who fall victim to impatience, it is not exclusively their domain.  With age and a growing realization that your time frame is coming to an end on this good earth, there is a tendency to be rather reckless in pursuit of dreams that have failed to come true.  While this is dangerous in every profession, it is even more dangerous for those in the Church.  Legacy hangs over the heads of those who approach the day of retirement or even that day when you first begin to realize that are not immortal on this earth.  And the view toward finishing this legacy becomes its own great temptation and weakness.

Youth is not quite ready to believe that God does not want things to change as quickly and as radically as youth believes things must and age wants to second guess God and clean up all the messes and tie up all the loose ends so that those who follow will judge them kindly.  In both cases the need is the same -- to admit and confess that the Church is the Lord's, the timing is His, and the completion is His.  Ours is the duty of faithfulness for the time that we are given to be part of and even to be responsible for the Church.  That does not seem like enough to youth, hell bent on making up for lost time, and it surely does not seem like enough for old age, when time is short.  We want to see with our eyes and experience for ourselves the first bright lights of the completion of all that Christ has begun.  But, as St. Paul insists, we are given a role (plant, tend, water, or harvest) recalling all the while that it is God's garden and that we will only be judged on our faithfulness for the time given to us and the responsibilities entrusted to us.

I will admit that sometimes this is the last thing a pastor wants to hear.  But it needs to be heard and to be believed regularly, even daily, within the devotional life of those called and ordained.  I was once young and somebody suggested that I seemed like the speeding locomotive and the congregation like a herd of cows that misses the train by the time they stop eating, raise their heads, and look in the direction of the noise.  I laughed then and now I repent of my youthful self-importance.  But the danger I face is different.  That is the great temptation to continue to fuss about the little things while missing the grand picture and seeing the fruits of the Lord's work already.  I need to learn to repent of such short-shortsightedness and look upon God as author and completed and not me.

There is, in my extended family, the wonderful story of a couple who had the radio on when War of the Worlds was broadcast.  It was 1938, the Great Depression was not yet fully over and war was hanging in the future.  They heard the radio and did not hear the disclaimer.  Orson Wells was good at his craft and soon they were caught up in it all.  They thought that if the world was ending, they ought to at least die with family.  Starting up the car, they realized that there was no water in the radiator.  What did that matter since the world was coming to an end?  So they drove without radiator fluid to the parents' home, ruining a perfectly good engine.  When they got there, nobody seemed upset and only later realized that whole thing was a radio drama, a radio drama too good for its own good.  But they were still left with a seized up engine.  So much for the end of the world, their own meager world sat frozen in time in a car no longer able to take them anywhere.

Dix was wise in many ways and unwise in many others and, for good or for ill, his impact upon the churches and how we worship can hardly be overestimated.  We don't get to judge ourselves.  That is left to those who come after us.  Just as we judge Dix.

So, let us be patient youth and wise aged souls as we jointly remember, it is the Lord's Church, the Lord's timing, and the Lord's power.  If we are merely faithful instruments during the time the Lord gives us, we have done a mighty work, indeed.
Posted by Pastor Peters at 6:00 AM