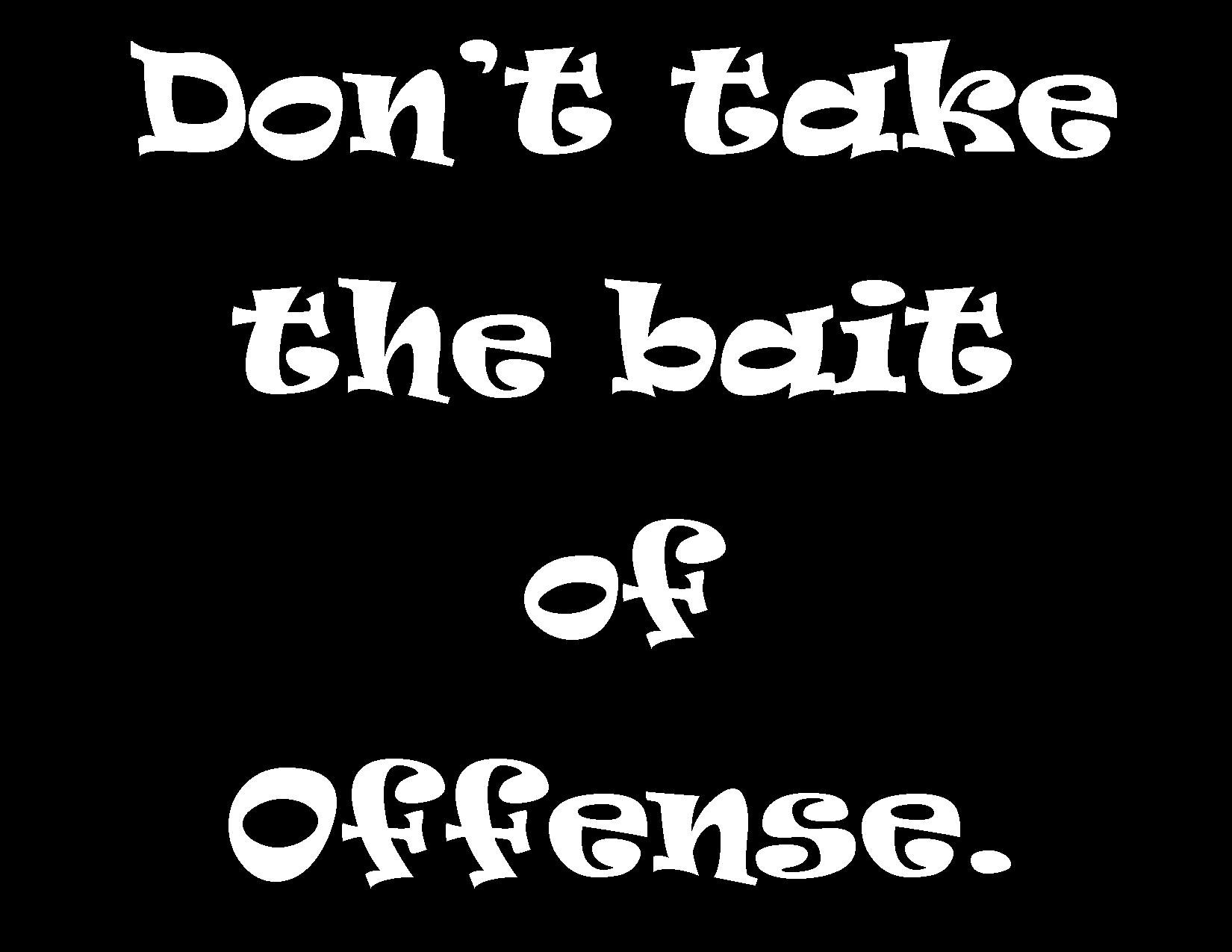 Sadly, we live in a world in which offense is a common word that is generally misunderstood.  We are offended by all sorts of things today.  A story a while ago found Starbucks asking police to leave their establishment because a few folks were offended by the presence of the men in blue drinking coffee (as if that were out of the ordinary!).  College students routinely riot because they offended when a speaker might have the nerve to disagree with them and speak on something they find objectionable (as if democracy existed only to protect what we want to hear).  But in the Church this word has been used in a variety of contexts that betray what it really means.  People insist that they are offended by churches that do not ordain women, promote the GLBTQ agenda, or support the global causes of the day (from climate change to gun control).  They are not offended.  They simply do not like what they hear.  They claim offense but offense in the Scriptures means something more than hurt feelings.  It means a scandal to the faith and, in particular, a scandal that threatens the faith of an individual Christian.  This is not something inconsequential but profound.  To be offended, then, means to have the very foundation of your faith shaken to its core.

Quite frankly, I am sick of the word.  I am tired of the way people banter it about -- Christian people.  I am tired of those who claim to be offended by their pastor when he is not as attentive to them as they wish or does not do what they desire.  Their faith is not in doubt and they are not scandalized.  They are simply miffed, peeved, ticked off.  That is not offense.  Do not use the word in such a way that it makes shallow and meaningless that which truly offends.  I am tired by those who say they are offended when they go to a church somewhere and do not like the music they hear or the welcome they received or the fact that they could not commune in a place where they were not members or in fellowship or believed the same faith.  You are not offended.  You are angry.  But you are angry at the wrong things.  That is what offends me.  When people are not angry over the distortion of the true Gospel or the preaching of anything but Christ crucified or the fact that the body and blood of Christ are treated casually or a place at the Lord's table as a mere matter of polite hospitality -- well, that is what offends me.  But these have become the bad people, bad churches, and bad positions in a world in which truth is true only for a breath but feelings last forever.

We pastors have taught our people that when the church does not do what you want or does what you do not want or when your feelings are hurt in some way by pastor or people in the pews, that is a big thing -- something so big that it justifies leaving the church or abandoning the faith entirely.  Even if we did not say it from the pulpit, we taught them this by failing to teach them clearly what does matter.  So when some Lutheran family decides that they are going to another church because they like the beat of the music or the youth sports program or the upbeat messages that tell you how to get God to get what you want, we owe it to them to say that they are really leaving the faith.  Renouncing your baptism and rejecting Christ's flesh and blood in the Eucharist or reasoning away the truths of Scripture are not some little things that do not count but go to the heart and core of what it means to believe God, to trust in His Word, and to be saved.  When we tell our people that it does not matter which church you go do as long as you go or that it is okay to let your children decide if and when they want to go to church or that membership means rights and privileges without responsibilities and obligations, well, then, we have taught them to be offended by what does not count and to dismiss the things that do.

If we cannot learn what it means to be offended, then we need to excise that word from our vocabulary.  Offense is not about the fast food lane taking too long or a phone queue that requires us to push too many buttons or about people driving too slowly on the interstate or the person who is not smiling at us when they wait on us.  These things may be rude and irritating but that is not what it means to be offended.  Christians especially need to awaken to the way this word is being used wrongly.  Christians need to know what is offensive and what does matter.  What matters is doctrine and the practice that reflects that doctrine.  That is what counts.  What matters is truth that endures forever.  That is what counts.  What matters is eternal life (not your best life now).  That is what matters.  Once we teach our people what matters and what does have the power to offend (to scandalize and threaten our faith), we will begin to see some of the baloney that consumes so much of our time and energy disappear and we will be free to contend for the faith without the fear that somebody won't like and will pack up their toys and play in somebody else's toy box.

The Church will not prosper by the elevation of feelings to the place of doctrine and truth and the Church will not appeal to those outside the faith by pandering to feelings over the bones of truth and doctrine.  We who are called pastors have a special responsibility to make sure that people know the truth the saves and the feelings that distract from Him who is the Way, the Truth, and the Life.  Before it is too late. . .