What pastoral care has come to mean... 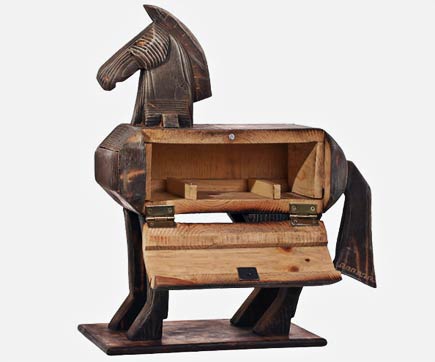 "Pastoral care” is a common subject among Lutherans.  We send seminarians out on vicarage to teach them the art of pastoral care to accompany their academic instruction so that they may be well formed Pastors.  We appeal to pastoral care often -- from the complaints of those who say the Pastor or church was not "there for them when they needed them" to the description of Pastors to congregations seeking to call one. Good at pastoral care has come to mean someone who heads out of the office and meets people where they are -- a visiting Pastor.  It is also the term we generally invoke when we want to break the rules.  For example, responsible pastoral care is when we either offer exceptions to those not normally included to the Lord's Table or when we by-pass close(d) communion entirely -- it all depends upon your perspective.  It is all pastoral care but we are not all agreed on what constitutes faithful and responsible pastoral care.


Those on the more liberal side of things seem to love the term more than those on the conservative side.  The liberals like the idea of erring on the side of charity while the conservatives seem a bit uneasy with the whole subject -- this is true of Roman Catholics as well as Lutherans.  In the end, those who love the term “pastoral care” and who appeal to it and use it try to control its definition.  Those on the other side are wary of it precisely because it does not have a uniform definition.

Whereas in Rome proponents of "pastoral care" might appeal to the "spirit of Vatican II," those in Missouri might appeal to the more moderate and nuanced era of church leadership and those in the ELCA might mean open communion, gay and lesbian friendly, and not too judgmental on the cohabiting heterosexuals.

Whether we mean to or not, “pastoral care” has become a caricature.  To many, “pastoral care” is a euphemism for “tolerance”.  That is not what the words really mean but the manner that we have come to use them.  The term “Pastoral care” does not, however, mean anything of the sort.  It was and can only mean the care of the souls with the resources God has supplied -- the Word and the Sacraments.  Pastoral care is and should be a term that clearly communicates care given through the resources of the means of grace.  As our Confessions remind us, the goal of this Pastoral care using the means of grace is faith, forgiveness, life, and salvation.  Period.

Augustana V:  That we may obtain this faith, the Ministry of Teaching the Gospel and administering the Sacraments was instituted. For through the Word and Sacraments, as through instruments, 2] the Holy Ghost is given, who works faith; where and when it pleases God, in them that hear 3] the Gospel, to wit, that God, not for our own merits, but for Christ's sake, justifies those who believe that they are received into grace for Christ's sake.

Now, don't get me wrong, I am not for eliminating pastoral discretion.  That is a legitimate exercise of real pastoral care appropriate both to the circumstances and to evangelical and catholic practice of our Confession.  I am not saying that this word should be banished from our vocabulary.  I am, however, wary of its continued use as a good word for flexible, tolerant, accepting, open, easy, etc...  If this is what we mean, why not be honest enough to say it.  When a parish says they want a pastoral sort as their shepherd, let them say what they mean.  They probably do not mean they want a guy good at pastoral care; they want a flexible, tolerant Pastor who will continue and leave unquestioned some practices that probably should be questioned and evaluated.  When Pastors describe other Pastors as a good pastoral care guy, lets be honest.  So often what we mean is a guy who bends -- not some rigid sort of fellow who challenges things but someone who bends to the wishes of the people or the exceptions that have become the routine.

I know that there are times when certain Pastors get a reputation for, well, not being pastoral.  Mostly likely this has nothing to with their preaching, teaching, sacramental administration, or their role as father confessor to the penitent.  It has to do with rigidity or inflexibility and these have become the greatest sins of all.  I also know that there are Pastors who are just plain hard to get along with -- both among their peers and within their parishes.  I just wish we could jettison the euphemisms and speak forthrightly -- for the benefit of clergy and congregation.

The debate over how we exercise this responsible pastoral care will undoubtedly rage on in our church and in others but let it be an honest battle in which we speak honestly instead of hiding behind nice sounding terms that have come to mean something different than what they really mean.  We must not allow this word to become a Trojan Horse that hides something of which we choose not to speak around another good and honest word.  Pastoral care should mean pastoral care -- the ministry of the means of grace which Pastors bring to the congregation and the individual Christian under his care and all that flows from this.  Period.

The Word and the Sacrements are complete for man's spiritual welfare. The often unasked questions are whether Psychology and Sociology have a place as tools to be used as part of 'Pastoral Care' - to communicate to man in his world today. Can pastors and seminarians go to places such as Fuller for this training without being labeled 'non-confessional'?

If a person in your congregation comes complaining to you that your pastor is "insensitive" or "doesn't care" ask them when they were last at private confession.