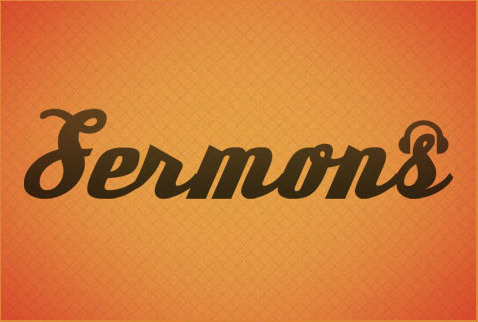 GK Chesterton once wrote:  Don’t be proud of the fact that your grandma would be shocked by things you find indifferent.

In other words, we think of ourselves too sophisticated to be upset by immoral things.  We are too wise and to educated to be caught up in mere matters of immorality.  At least that is the way it seems in the world around us.  Nobody gets excited about adultery or fornication or pornography or any other sexual predilection.  There are bigger fish to fry.

In contrast to this is what we heard in the Gospel lesson for today.  An employer pays the same to workers who begin their labors all throughout the day.  We would certainly cry foul and so did a few of those who worked the longest and the hardest.  It is not fair.  But God is not fair.  God is generous.

This is the language of grace.  Grace does not speak of rights or fairness or equality or egalitarianism.  Grace speaks of the undeserving receiving what they did not merit.  And so the Lord tells a story to illustrate the shocking unfairness of grace and then shocks us even more by saying this is how God works.

Every good and perfect gift comes from God.  God does not bestow His gifts on the unworthy or there would be no gifts given.  It is His gracious nature to bestow His gifts on the unworthy and this gives us a shot at that grace.  It rains upon the just and the unjust, upon the righteous and the wicked alike.  Grace gives to those who do not deserve it what they did not earn or work for.  Unlike the entitlement age in which we treat the government as Robin Hood who takes from the rich to give to the poor, God sees no rich, no deserving, no righteous.  Only sinners who have fallen short of the glory of God.  By our works we get hell.  The fair wage of sin earns death.  Period.

But there is more.  We are not merely overpaid and undeserving.  We are not mere laborers who are treated nicely.  The surprise of grace goes much deeper.  We are made the sons and daughters of God by grace in the water of baptism.  Baptism has given us what we did not deserve and dare not ask – the right to become the children of God is grace.  That is who we are.

The cost of God’s generosity is not free or cheap; But its cost was not borne by us; Jesus bore it for us.  It is not free nor was it ever free.  Grace is not free.  It is just that you do not pay for it.  Christ pays for it for you, by becoming like you in flesh and blood except without sin, and taking your place upon the Christ, to labor unto death for you and your salvation.

This is the shock and scandal of the Kingdom of God.  It is grace.  God gives us what we don’t deserve and that for which Christ paid with His life in suffering and in death upon the cross.  You cannot shrug your shoulders at that.  Well, I suppose you can.  The workers in the parable did.  But they did not receive the kingdom.  They got what they bargained for and then complained it was not enough.  For us it is always enough.  Christ is sufficient.  Grace is sufficient.  It is all we need.  Christ’s body for the life of the world and our food, right now, to the undeserving.  Amen.

On the seventh day God rested from all the things He had done in creation.  It might seem an incidental detail.  Surely God does not tire like we do.  Scripture tells us He neither slumbers nor sleeps.  So He does not require rest the way our bodies cry out for a good night’s sleep.  But, of course, this is not about rest simply for the body.  This is about Sabbath rest.

We seek to rest as God did, to enter not a pause of human activity but the positive rest or peace that comes from resting our souls, our bodies, and our lives in the hands of Him who made and redeemed us.  We dare not be satisfied with a good night's sleep.  Our rest requires more than this.  Our rest requires the healing of the breach between the God who made us and who we have become.  The opposite of entering into this rest is disobedience – disobedience to God and disobedience to His Word.  Rest then is born of the obedience of faith, to use a Pauline term.

This is what God offers.  Not some perfect world where things always go our way, where hardship must never be endured, where justice rules, and where everyone gets what they merit.  Who wants that?  The greatest problems in my life have come precisely when I have gotten my way, when I chose the easy path around struggle, and when justice came home to rest on me, my thoughts, my words, and my deeds.  No, we need more than this kind of rest.  We need the will of God which is best for all people, all times, and in all things.  We need the rescue of God whose favor is grace and whose character is mercy.  We need the promise of life in spite of death, in the midst of death, and beyond the pale of death’s reach.  We need to enter a rest big enough to carry the water of our discontent, our guilt, our sin, and our death.

Christ is that rest.  Too often we assume Jesus is merely the conveyer of gifts.  Jesus is the gift.  He is our Sabbath rest.  The people of God have hope both because of Christ and in Christ.  He is Lord of the Sabbath who proved up to the task of living holy as we do not and dying righteously as none of us die.  He is the Lord of death and the Lord of life in whom and to whom all things living depend.  He is Lord of second chances and third chances and twenty-third changes as absolution raises us from the death of sin over and over again so that we might be His own and live under Him in His kingdom forevermore.

He will demand an account one day and He will provide us the measure to balance the books of our lives.  His blood cleanses us from all our sin.  His death ends death’s reign.  His life we live forever.  The rest we need is a clear conscience, peace with God, the end of fear's reign of terror through guilt and shame, and an end to death's threat.  Christ does not merely give us these things -- He is the gift.

Now in a few minutes we will enter His rest as we feast upon the bread that is Christ’s flesh for the life of the world and drink His blood shed for us and the forgiveness of our sins.  The world will still be a hard place.  We will still be sinners.  But Christ will be in us.  By baptism we wear His mark.  In the Word we recognize the voice of our Good Shepherd.  At His table we feast upon Him who is both host and food.  And the fruit of it all is the peace of God that surpasses all understanding. Amen
Posted by Pastor Peters at 6:00 AM

The initial quote of G.K. Chesterton comes from Chapter VI., On Shamelessness, in the book, As I Was Saying.

The chapter starts by Chesterton lamenting the loss in schools of English dialects to the point of not only the loss of pronounciation, but also of perception. He extends this with examples in the "dullness of diet" and then to the "dull and indifferent anarchy in manners and morals" That is where Chesterton's quote comes in. And two sentences closing the paragraph follow that quote:

"There are two meanings of the word 'nervous,' and it is not even a physical superiority to be actually without nerves. It may mean that your grandmother was an extremely lively and vital animal, and that you are a paralytic."