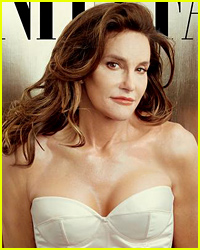 By now everyone in the world has seen Caitlyn Jenner and we have heard more than we wanted to hear about the woman supposedly inside this man's body.  I certainly do not want to add to the sensationalism but I do think there are some legitimate questions here.

When I look down and see my sexual organs, can my body lie when it tells me I am a man or I am a woman?  If my body can lie to me, then how can I know anything for certain.  Or is it more likely that my body is not lying to me but my desires are?  Is it more plausible to presume my body got it wrong and I ended up in a body which is foreign to my desires or is it more reasonable to consider that my desires got it wrong and they are at war with my body?

I am no expert and do not sit in judgment over Bruce or Caitlyn Jenner as an individual.  That is God's domain.  But the issue of whom we trust when our desires conflict with our anatomy remains an issue before us as Christians -- in a very public way.

What I am raising is the larger issue that every adolescent and teenage youth has to deal with -- what do I do with desires that conflict with God's creative order, with who I am when I look in the mirror, and with my sexual identity?  Though we do not have more homosexuals as a percentage of the population, we do have more people experimenting, trying out things, acting on the impulse of desire -- even when those desires are disordered or in conflict with their gender as a body.

It is a modern idea, only within the last several generations, and one that had its impetus largely from new in psychiatric circles that one’s “sex” and one’s “gender” were distinct matters, sex being genetically and hormonally determined from conception, while gender was culturally shaped by the actions of family and others during childhood.  The issue of lying bodies has become accepted and normal for psychiatric diagnosis and treatment but should psychiatrists concentrate on trying to fix the minds of those who find body and desire in conflict or should we work surgically to fix their genitalia?

"Transgender” advocates have allied with the gay liberation cause and argue that their members are entitled to repair the conflict between desire and anatomy with the surgical solution and that their sexual dysphoria is a true and authentic conception of their own sexual identity. The overwhelming evidence lies more and more that this is a disorder of the mind and not of the body -- as many Christians have been saying for a long time. Despite the protests of the T part of the GLBT movement the psychology of the past is more and more challenged and fewer and fewer hospitals do sex reassignment surgery.  This is a good thing.  But it is not public enough.

Read what one distinguished professor of psychology has written:  As for the adults who came to us claiming to have discovered their “true” sexual identity and to have heard about sex-change operations, we psychiatrists have been distracted from studying the causes and natures of their mental misdirections by preparing them for surgery and for a life in the other sex. We have wasted scientific and technical resources and damaged our professional credibility by collaborating with madness rather than trying to study, cure, and ultimately prevent it.

The truth is that we are not doing any service to children to encourage desires in conflict with their anatomy or even to suggest to them that their feelings in conflict with their anatomy have any real legitimacy.  This is illness and this disorder is one of the terrible fruits of sin that has not only corrupted our relationship with God and each other but has left us with desires that are not simply wrong and at odds with His creative will but destructive of our own mental health and well-being.  The worst possible thing we can do is to treat mental illness with surgical solutions.  The best possible thing we can do for those beginning to realize sexual desire is to point them away from the disorder and to the truth.
Posted by Pastor Peters at 6:00 AM

This is not an illness, as illnesses are pghysical whereas minds are not; this is sin and delusion, and very political indeed. If you insist that you are Napoleon, you could be incarceratd in a psychiatric institution, have medications forced upon you against your will, and basically be stripped of your civil rights until cleared by a psychiatrist. If you as a man claim to be a woman, you are lauded as a New American Hero/Heroine, taxpayers may be forced to subsidize your surgical and hormonal "treatment," and you are granted civil privileges under anti-hate speech laws not available to others. I guess there are too few Napoleons to bus to polls to vote for Democrats.