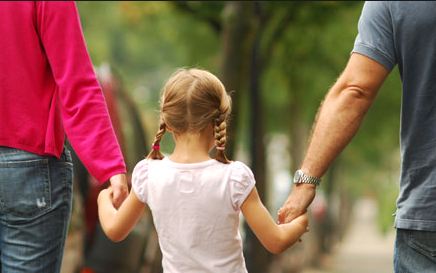 Growing up in the fabulous fifties and early sixties, my parents were very protective of their children.  They did not use vulgar language in front of their kids.  They brought us up to know that church was not optional.  They prayed with us and taught us to pray.  They made sure we learned our Sunday school lessons and did our catechism memory work.  They exemplified generosity in the support of the Church and those in need.  They showed us a solid work ethic and took their roles and responsibilities at home and in the community seriously.  They put the best construction on things instead of teaching us to instinctively think the worst of people or things.  They showed us the high priority placed upon family, even extended family.  They encouraged us and when that did not work disciplined us.  They taught us to be together even when we wanted to be apart and we spent recreational time together (from at home in front of the one TV to trips to the river or Sunday drives that usually ended up at aunts, uncles, and cousins).  I did not realize how protective they were of us until reflecting on how things are now.

Oh, it is true that the society around us supported some of this.  Church was not out of fashion in the larger world and vulgar and abusive language had not become in vogue yet.  The TV did not show the worst in the world around us and certainly did not show many images of gratuitous sex and violence (well, really none at all!).  We did not have all the technological options to play on our own so we were forced to play together.  We did play cops and robbers, cowboys and Indians, GIs vs the Nazis and a host of other war games but there was less violence than there was an emphasis upon the battle between good and evil and the triumph of good.  It was not perfect but the play generally reflected the values taught at home.

So what is different today?  I am not ready to blame the parents for the sins of their children or to make the children the victims of others and therefore not responsible for the choices they make, but I think some of the differences are clear.  We live at a time when entertainment has been equated with pleasure and happiness has come to mean getting what you want.  Even faithful Christian parents struggle against such pressures.  The media take great delight in making sure even PG movies contain language no one would have heard in movies or TV when I was a kid.  The basest of our desires and the most ugly of our emotions are regularly paraded before children of all ages.  The internet has not been the mighty vehicle to elevate us or the human conversation but seems to bring out the worst in us (porn, abuse, bullying, hate, rigidity, intolerance, vulgarity, violence, threat, and the like).  Video games seem to promote the very things we decry in our culture -- violence, loneliness, isolation, division, etc...

Are guns a problem?  Sure.  There is no rational need for people to arm themselves like some do.  But the problem has to lie not simply with the guns but with the one whose finger is on the trigger and what has informed and shaped that person's values and life up to that point when the finger got on the trigger.  Is the problem video games?  Sure.  But the problem is not simply the games but the overall culture of violence in which our children grow up.  Is the problem both parents working?  Sure.  But that does not explain those families whose children thrive in spite of the pressure on both parents to work.  At this point in time I can see that my parents were a lot smarter than I thought at the time and seemed to know more instinctively than I did (or my kids know) how much freedom to give, how much to protect, and what to do to support a good moral compass, based upon a lively faith.

The isolation so rampant in our culture has had a bigger impact upon those with mental illness and emotional issues.  Always a difficult hurdle to pass, those with such struggles are pushed ever further to the margins by the increasing isolation and loneliness that nearly everyone feels today.  How we deal with this is no longer theoretical in the face of violence that constantly hits the news when those with such struggles resort to such terrible acts.  I wish I had answers but I fear things will get worse before they get better.  At the same time, I do want to encourage parents today to continue to strive for that wonderful blessing of a solid home, secure in the faith, together in prayer, forgiving and asking for forgiveness, at home in God's House, and the importance of the family.  These will still and always will be our best gifts to our children and the means by which we make a profound impact upon the world around us.

So you are free to disagree but those are all the words of wisdom I have on this subject today. . .
Posted by Pastor Peters at 6:00 AM

Rev. Peters: "There is no rational need for people to arm themselves like some do."

Responding to such an equivocal statement, one can just as well say, "There are rational needs for people to arm themselves like some do."