All Who Would Valiant Be... 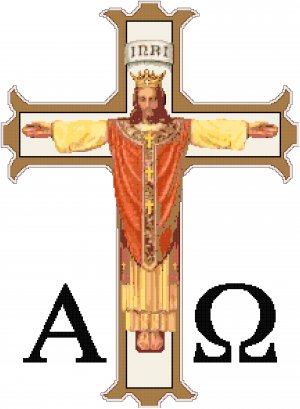 Percy Deamer is hardly among the most favored hymn writers for most Lutherans.  That is not to say he is not a person of substance and consequence.  He was a man of boundless energy, various interests, and many pursuits.  I remember his Parson's Handbook and his work with Ralph Vaughan Williams on The English Hymnal. It was somewhat of a surprise to find it included in Lutheran Book of Worship in 1978.  I was even more surprised that when Lutheran Worship came out in 1982 his text All Who Would Valiant Be would take up two full pages and offer two different tunes.  Prior to its inclusion in LBW I do not believe it had ever appeared in a Lutheran hymnbook and the premium of space in any hymnal make it remarkable that LW offered it in two tunes on two full pages..

All of this would lie forgotten in my memory except I happened to watch part of Margaret Thatcher's funeral at St. Pauls in London and All Who Would Valiant Be was sung as one of the hymns for the service.  The gates of my mind flooded with memories occasioned by hearing this hymn after so many years.  As I recall we sang it only a couple of times where I served in New York.  The first was when we were getting to know the then "new" LW and we had an impromptu hymn sing prior to a congregational event.  An English fellow in the parish asked if we might sing hymn 383.  When we turned to it, we realized that few of us but him had ever sung it before.  So an unlikely Lutheran from across the pond taught it to us American Lutherans.

It was the song of him who was Valiant-for-Truth, from Part II of Paul Bunyan's The Pilgrims' Progress.   The version below from Lutheran Worship.


All who would valiant be ’gainst all disaster,
Let them in constancy follow the Master.
There’s no discouragement shall make them once relent
Their first avowed intent to be true pilgrims.

Who so beset them round with dismal stories
Do but themselves confound—their strength the more is.
No foes shall stay their might; though they with giants fight,
They will make good their right to be true pilgrims.

Since, Lord, You will defend us with Your Spirit,
We know we at the end, shall life inherit.
Then fancies flee away! We’ll fear not what they say,
We’ll labor night and day to be true pilgrims.

The hymn recalls the words of Hebrews 11:13: "...and confessed that they were strangers and pilgrims on the earth."  Pilgrim here does not mean one who is cowed by the constraints, conflicts, and uncertainties of the journey taken through foreign land to the home of heaven.  No, the point here is that the pilgrims are bold, valiant, undaunted by trial and trouble, and their home undimmed by disappointment and earthly failure.  For their minds and eyes are upon Christ who has gone before to prepare the way, who promises none will be snatched from His hand, and who calls us to be the people we were declared to  be in our baptism.  Christians are not the defeated whose lives are burdened by failure and marred by scars.  Christians are those whose victory is already sealed in Christ, whose hope endures in the face of suffering, and whose confidence continues amid uncertainty.  I wish we sang such hymns with more enthusiasm.  They honestly admit the struggles and difficulty of living as Christians in but not of the world.  Yet they do not admit defeat nor do they surrender the nobility of their cause as the children of God who follow in Christ's way.

It is said in the hymnal companions that this hymn was once popular in schools but now is less frequently sung by children.  This is too bad.  It is not a hymn we know but one we learn.  Is that not the nature of our Christian life -- learning each day anew from the repentance born of our failures to seek ever new the good that forgiveness makes possible.  Surely if anyone should view the pilgrims' progress as the valiant fight of faith it should be children.  Before they learn from the weariness and wounds of their elders to hope for little and expect even less, they should be encouraged to strive for more, for the fullness of the life and hope that only Christ makes possible.

BTW... to finish that which began my recollection... Watch the Margaret Thatcher funeral (not memorial, not celebration of life, not enthronement to sainthood but funeral).  Good music and good liturgy... the preaching was good as well -- especially for a "state" event, if not a state funeral.
Posted by Pastor Peters at 6:00 AM

Did something happen to the end of this post? The last sentence is incomplete, reading "Good music and ..."

Your comments about the hymn are well taken. It is an excellent hymn, even if it is not widely known.

Very sad that LSB did not include it.