A travesty masquerading as progress... 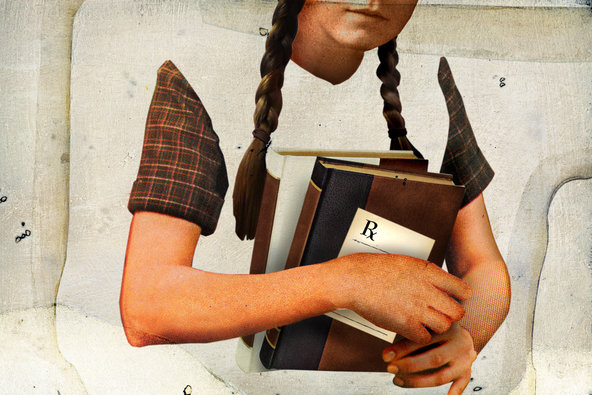 After setting off a storm of criticism from abortion rights groups upset that a Democratic president had sided with social conservatives, the Obama administration said it will comply with a judge's order to allow girls of any age to buy emergency contraception without prescriptions.  But in doing so, at least one opponent of easy access to the contraception thinks the president is buckling to political pressure, rather than making the health of girls a priority.

The Justice Department notified U.S. District Judge Edward Korman on Monday that it will submit a plan for compliance. If he approves it, the department will drop its appeal of his April ruling. According to the department's letter to the judge, the Food and Drug Administration has told the maker of the pills to submit a new drug application with proposed labeling that would permit it to be sold "without a prescription and without age or point-of-sale prescriptions." The FDA said that once it receives the application, it "intends to approve it promptly."

Advocates for girls' and women's rights said the federal government's decision to comply with the judge's ruling could be a move forward for "reproductive justice" if the FDA acts quickly and puts emergency contraception over the counter without restriction.  "It's about time that the administration stopped opposing women having access to safe and effective birth control," Annie Tummino, coordinator of the National Women's Liberation and lead plaintiff in a lawsuit over unrestricted access to the morning-after pill, said in an emailed statement.  She said women and girls should have "the absolute right to control our bodies without having to ask a doctor or a pharmacist for permission."

Quite apart from the abortion debate, it is scandalous that there be no provision to distinguish between a child fully incapable of understanding the consequences of such a choice and one who, though somewhat capable, may immaturely choose to ignore those consequences.  Once again we have bowed to a judge and a court to decide what is wise, prudent, and beneficial.  So a 5 year old with a few bucks could purchase the morning after pill the way way she might purchase a candy bar and this is progress.  Remove all discussion of abortion and take this simply on the merits of this narrow issue.  How can those who insist they are working on behalf of the rights of women allow such an abuse of a child?  We won't let a child carry a Tylenol to school or even a cough drop (in most schools) but we will insist that a girl of any age and maturity be allowed access to a pill she may not even need or understand.

In the narrow scope of what may be decided on strict legality, common sense, prudence, and wisdom are cast to the wind.  How can anyone in their right mind defend this as in the best interest of a child?  It just goes to show you that the issues in the greater debate over life issues have as much to do with common sense and the prudent wisdom of parenthood as they do the major moral issue of life and death.  When we abdicate wisdom and prudence in favor of an unfettered liberty, we enslave those most prone to be victims.  Clearly we have more to do than merely argue the cause of life.  We have the challenge of restoring a semblance of common sense to the halls of justice and the arbiters of public policy.  Just as shocking is the decision of the Obama administration that this issue is not worth the fight for a more nuanced and mature application of the judicial ruling.
Posted by Pastor Peters at 6:00 AM

Thanks for bringing this to light. Wrong on so many levels.
I guess the lawmakers are forgetting the extensive warnings on birth control pills for ingesting synthetic hormones--these substitute hormones are dangerous enough to a person to warrant being seen by a doctor and getting a prescription and the cause for many lawsuits (blod clotting etc.)--yet we'll do away with this in effort to give these children what they want.

This is mostly just an attempt to control population under the guise of "choice" once again.

There was a wonderful drug available to women in the 1950's that relieved them of the scourge of morning sickness, and it was called -Thalidomide.

RE the quote: "She said women and girls should have 'the absolute right to control our bodies without having to ask a doctor or a pharmacist for permission.'"

That statement sure opens the flood gates for the Satanic motto of "do as Thou Wilt". How 'bout anti-depressants w/out permission? Or any other meds for that matter? How about the girl who chooses to drink herself stupid until she passes out. It's her choice I guess. That is the most ridiculous statement and logic I have ever seen! And once again, we undermine the vocation of parent.