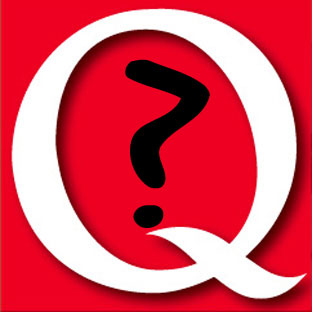 There are those who believe that the seminary is the place where the facts of Scripture and its truth is reviewed and evaluated against all claims both to and against its content.  In this kind of setting, any and all tools can and should be used to determine what the text of Scripture is, how it got to us, what it said then, what it might say today, and what can be substantiated (and, by implication, what cannot).  In other words, the Bible is to be treated not simply as any other book but with an even more rigorous and skeptical review because its claims are so important.  In this viewpoint, the seminary will introduce the prospective pastor to the scholarly endeavor distinguishing the Jesus of history from the Jesus of the Church (and of Scripture).

Scripture is approached as a problem to be solved or a mystery to be untangled.  Inherent in this academic pursuit is the separation of historical fact from the kerygma or preaching of the Church.  So what if things did not take place exactly as the Bible has them, what is important is the meaning and not the actual record or words.  So what if books are not what they claim to be but in reality edited versions of various notes, authors, and perspectives; what is important is what this means to us today.  So what if there are errors of time and place, what is important is the meaning over all.  It is no secret that this divorce of text from fact leads to a gospel that is about morality, a better life today and a better world than we found it.  Anything and everything that does not contribute toward the great goal of morality is suspect or non-essential.

Scholars and scholarship of this kind do not belong in the seminary.  I do not mean to suggest that the pastors of the church should not be prepared to answer the critics.  I am saying that they should not be taught by them.  The objective scholarship of modern historical criticism that does not believe the text and the radical textual criticism that seeks to undo the text as we know it belong in the secular atmospheres of schools of religion.  Let them play with the Word of God as if it were just a book whose historicity matters little to its overall message of morality.  In the seminary we need subjective scholars who believe the Word of the Lord, who are captive to that Word for doctrine, teaching, and preaching, and who prepare men to speak faithfully and apply authentically the Word of Life to sinners captive to death.

I will grant to you that it is possible for one to use these tools of higher criticism and to approach the Scriptures from the position of skepticism about its claims and truth and still end up with the Gospel of Jesus Christ and Him crucified.  Of course it is possible.  I believe the Word is efficacious and can do just that.  I also believe it is more likely that one who begins with these tools will end up rejecting any and every claim of miracle, fact, and truth and be left with a Jesus who helps us make better choices rather than the Christ who died for the sins of the world and was raised to open the door to eternal life.

Some 40 years after the walk out at Concordia Seminary, St. Louis, we see where the unfettered use of such a skeptical approach to Scripture and the tools of higher criticism has left the world.  The Gospel has become a way to enjoy a better quality of life now or a path to a higher morality.  The facts on which the true Gospel is based have given way so that the creed is no longer a statement of what we believe, confess, and teach but words distinct from and separate from any historical reality.  The Word of the Lord has become a spiritual buffet in which scholars and ordinary folk pick and choose what appeals to them.  Christ is less the unique Son of God in human flesh than a role model of non-judgmental and love principled acceptance of anything and everything.

The emptiness of the mainline Protestant Gospel is fueled largely by its abdication of truth and the truthfulness of Scripture.  Faith has moved from the because to a what if and these churches have hemorrhaged great numbers of members in search of a different truth or a better one.  Evangelicalism has largely switched its focus from the facts of our salvation history to the moment and to the feelings and self-improvement that make today better for me and for others.  Instead of salvation, evangelicals want and get sermons on how to have better marriages, raise better children, get better jobs, and have a better quality of life now.

Modern historical-critical investigation of the NT has been around for about 200-250 years. Its scholarly methodology developed over this time is firmly entrenched. One of its key figures, Ernst Troeltsch,  formulated three principles of critical history, which, in practice, governed all his historical inquiry. First, the principle of criticism required that all historical judgments are open to revision and, therefore, can only attain a greater or lesser degree of probability. Historical knowledge can never be absolute and, in Troeltsch’s view, cannot be the foundation of faith. Second, the principle of analogy maintains that historical judgments presuppose an essential similarity between our humanity and the humanity of the past period. Thus if people do not typically rise bodily from the dead in our contemporary world and experience, we have no basis for assuming that any perrson could have done so in the past. Third, the principle of interrelatedness (correlation) understands a historical event  in terms of its antecedents and consequences and not separate from its environment.

These principles continue to impact the scholarly study of Christian origins, ancient Christian documents, and the history of Christianity and have presided over the great decline not only of confidence in the facts of the Bible but in morality itself.  It is well past time to expose the shallow underpinnings of modern thought and to insist that those who teach and those who learn begin with the Scriptures and their own claims of truth and truthfulness.  Far from bringing a scholarly consensus, the modern higher critical movement has left the playing field of Biblical interpretation even more wide open while failing in its primary purpose of helping the one who is called to preach the Word of the Lord to the people of God.  Scholarship that has failed the preaching task is of little real value to the Church or to the faith.
Posted by Pastor Peters at 6:00 AM

The motivation for the clinical method leaves me absolutely baffled. Why would anyone spend years, even a lifetime,examining and re-examining and seeking to disprove that which he already disbelieves? Such people have way too much time on their hands!

There must have been something about the material that initially caught their interest. But after that, the devil seems to have worked his way with them, twisting their initial interests into the idea that this is something sufficiently important to be disproved that it is worth spending their lives upon. What's sad, empty, pointless lives. These people must lead!

That last sentence should have read, "What sad, empty, pointless lives these people must lead."

No doubt others have made this observation, but I wonder if another result of the more modern view of Scripture is not to turn the Church into yet another political institution, hawking yet another view of man from the street corner.
If Scripture is not a word From but only a word from men, why not revise, edit and twist to suit our modern sensibilities?