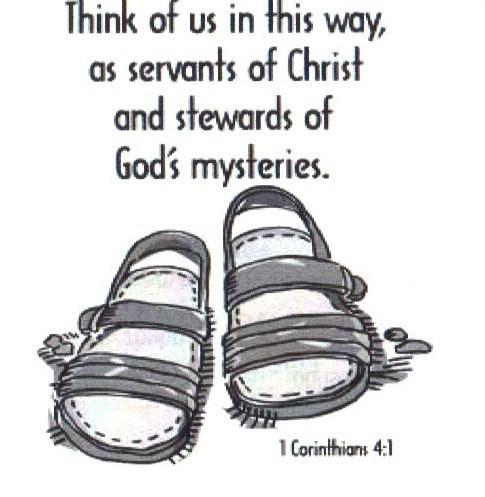 In January the newest edition of the Missio Apostolica, now named Lutheran Mission Matters, inaugurated the change in name with an issue devoted to Pastors and People in Mission.  Published by the Lutheran Society for Missiology, the journal has an impressive list of names attached to it.  Dale Meyer, President of Concordia Seminary, St. Louis, is the author of the first article on the Messengers of the Message.

He makes statements with which no one can disagree.  Seminaries need to form pastors who are continually growing in personal sanctification, men who take theological head knowledge down into their hearts, first and foremost because it is the message of their own salvation. Then, as a consequence, they go to congregations and communities as messengers of salvation, pastors who model the Christian life.  Well, of course they do.  We face special challenges today that certainly are not to be met by a more secular clergy, a less pious ministerium, or pastors who model anything less than the Christian life.  But then it becomes clear that this is not simply about pastoral formation and a nobler character to the Christian life of those pastors, it is about assigning at least some, maybe more than some, blame upon pastors for the sad state of affairs today.  There are many reasons [why our young people are leaving the church], but there is one that especially grieves us at Concordia Seminary; and I know it grieves all who love their congregations. This reason is the conduct of pastors.

Dr. Meyer mentions some of the more egregious examples of poor pastoral behavior, the kind we would all be shocked to admit really does happen.  But it does.  Churches are not museums of the perfect but hospitals for sinners.  That certainly does include pastors.  According to Meyer's anecdotal experience, the problem does not lie with the doctrine and confession of the pastor.  He learned his doctrine well enough.  The problem lies with the pastor's personal skills.  His doctrine is probably correct, the Law and Gospel rightly divided, but the messenger bringing the message is in some way flawed.

In another paragraph Meyer defines the challenges faced by a culture which devalues truth, over values cultural diversity, fosters political correctness, and is spoon fed liberalism by the media.  But instead of identifying this as the major problem facing a church speaking the yesterday, today, and forever message of the Gospel to a world living under the same condemnation of despair, disappointment, and death that every has plagued every age since the Fall, the major problem is fixed upon pastors who are not sufficiently holy, warm, welcoming, and personal.

I know that I am an impediment to the faith of some but I am also an example of the unworthy who is redeemed and restored by the God whose mercy is only for sinners.  Pastors meet their people under the cross and any pastor who does not do so is not only a fool but a liar.  Pastoral authority does not come automatically with the office but is earned by his service to God's people with the means of grace, the gifts of God for His unworthy and undeserving world.  But the flawed pastor, and they all are flawed, is neither the chief problem nor the place where we must start to fix what is wrong.

More than anything else, I believe that the crisis facing us as a church body is a crisis of faith.  Do we believe that God works through His Word and Sacraments or do we believe that the means of grace must be assisted in some way by the ministrations of the clergy or the church?  The world seeks answers and it seeks answers from people who actually believe them.  For some time now the church has tended to respond to the queries of the inquirer skeptic more with questions than with explanation points.  Yes, our pastors need to be respectable and respectful, humble and forthright, those who seek to be holy as much as they seek to be right.  But that which saves is not the behavior of the pastor.  The Word of the Lord that endures forever is what redeems the lost, saves the dying, and rescues the sinner.

Some, perhaps Dr. Meyer, fear we are living in a world in which the messenger is more the focus than the message.  If the saving message is carried by a flawed messenger who causes offense, many people will reject the Gospel, or at least have nothing to do with that congregation. The messenger must be a different kind of person, a leader willing to let his life be scrutinized for the sake of the more important message.  But I fear even more that the blame on the flaws of the pastor and the focus upon the formation of a holier messenger will only highlight even more the messenger over the message.

Because there has been a problem with the conduct of some pastors, much more attention will also be given by the seminary to the character of the candidate for ministry...  There will always be pastors who are flawed and fail.  I am chief of sinners in this department.  Yes, the seminary (and the DPs who recommend the seminarians) need to give attention to the character of the candidate for the office of pastor.  Yet I fail to see how character alone will change the fact that we as a Synod are not fully confident in the Lord to keep His Word, not fully convinced of the truth that does not change, not fully united in the doctrine and all its articles, and not prepared to order our practices according to our Confessions.  If we are not sure, we have little of substance to offer those who waiting outside our doors in our neighborhoods and communities.

In the end I suspect that Dale Meyer and I do not disagree all that much about the outcome and goal -- we both want the church to grow, sinners to be reborn by the grace of God in the splash of water, the dying to be raised to life by the Gospel, the guilty to be released from their chains by the voice of absolution, and the hungry fed upon the bread that is Christ's flesh for the life of the world and given to drink the cup of salvation that is His blood.  But I suspect we do disagree on how best to prepare young men for the office of pastor.  The seminary cannot afford to focus on the formation of pastoral character if it means focusing less on doctrine and it cannot afford to model the diversity of what one might find in the parish if it means surrendering the values of our Lutheran identity on Sunday morning.

I believe Pastor Matt Peeples is correct when he writes, “People are tired of spin and gimmicks. . . . As a result of being bombarded with messages, they have become more savvy to what the message is really communicating. We are in a time where what you are saying is as important as how you are saying it. What you are saying needs to be genuine and authentic.”  But I also think that what people are seeking is more than authenticity in the person.  They seek authenticity in the message.  If we as Lutherans want to connect, it will be through the Word of the Lord that endures forever and not simply the messenger.

Once last thing.  “Let’s take ten congregations that weren’t getting along with their pastor." asked Meyer of a district president.  There are many reasons why congregations have conflict and do not get along with their pastor.  Sometimes it is the faithfulness of the pastor in preaching the Law and the Gospel to a people accustomed to hearing the Gospel as if it were merely a means to a better today instead of an eternal tomorrow or hearing about sin as if it were simply a matter of not trying hard enough.  Sometimes this conflict is because the conflicts of the world follow us into the church and find a home in the pews right there along with our virtues.  And sometimes it is because Satan is working his darnedest to distract pastors and people from the cross and onto ourselves.
Posted by Pastor Peters at 6:00 AM

I take issue with Pr Meyer: yest there are some rather crappy uncalled men gumming up our pulpits, but thre are far more apathetic, ignorant, arrogant, willful, and plain nasty laymen who expect to sit on their overpadded backsides while a pastor-lackey fixes everything wrong with the church. As for poor leadership, well, leaders come from the pew. Sorry, Pr M, but there's more than enough blame to go around for the church's sad state of affairs.

A pastor does A, B, C, but often people want him to do D, E, F in programs, otherwise he is called lazy. One thing I think that pastors need to do rather than delegate is catechsis. It is sorely needed for youth these days.