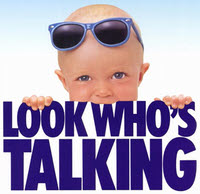 In 1976, Joseph Ratzinger—then still a professor—suggested “it might be possible to interpret [the Augsburg Confession (CA)—i.e., the primary Lutheran confession] under the laws of the empire as a catholic confession.” He continued: “Efforts are underway to achieve a Catholic recognition of the CA or, more correctly, a recognition of the CA as catholic, and thereby to establish the catholicity of the churches of the CA, which makes possible a corporate union while the differences remain.”

While Ratzinger—now Benedict XVI— would not continue a campaign for such acceptance, it is nevertheless a striking comment from the man who would be pope. At the very least, it demonstrates a particular interest in Roman Catholic-Lutheran dialogue which has continued into the present.

This past September, for example, Pope Benedict XVI met with former students in Castel Gandolfo, Italy, to discuss the subject of Roman Catholic dialogue with Lutherans and Anglicans. This get-together between the pope and his former students is an annual tradition that dates back to the 1970s, and the topics of discussion are chosen by the pope himself. Benedict even invited an emeritus Lutheran Bishop, Ulrich Wilckens, to lead the discussion.

While this is the most recent nod by the pope to Lutherans, it is hardly the first. Only a few months earlier, Pope Benedict XVI announced the new prefect for the Congregation for the Doctrine of the Faith. The man chosen? German Bishop Gerhard Ludwig Müller, a veteran of Lutheran-Roman Catholic ecumenical dialogue. Among other things, he served as the Catholic head of the International Lutheran/Roman Catholic Commission on Unity.

These events reflect increasingly congenial relations between Roman Catholics and Lutherans. But what is more, there are signs Roman Catholics are interested in exploring deeper ties with a specific group of Lutherans—namely, confessional Lutherans.

These words introduce a First Things On the Square piece by Canadian Lutheran Editor Matthew Block.  You can read it all here.   My point is that it appears that Rome has realized that there are Lutherans and then there are Lutherans.  Rome has also awakened to the fact that confessional Lutherans represent an identity in which there is great commonality and a very serious conviction to the evangelical and catholic nature of the Lutheran Confessions.  Now all we are waiting for, it seems, would be the confessional Lutherans to decide to pursue this conversation more seriously and with a higher priority.  Such, I believe, would be a good thing for Rome to find out what catholic Lutherans look and sound like and for those confessional Lutherans to connect with an ally as they find themselves increasingly squeezed out of the stage by liberal Protestantism.  Hopefully, this interest in Confessional Lutheranism will not be abated when Benedict gives was to the new pope to elected less than a month from today.
Posted by Pastor Peters at 6:00 AM

As much tapdancing as one may try, one cannot be a Roman Catholic and a Lutheran catholic at the same time.

And who said that? Pastor Peter is just trying to get Lutherans to join the conversation as Rome realizes some Lutherans are more serious than others about their faith.

As long as Rome does not "revoke" the Council of Trent there is little to discuss.

#who cares what Rome or the pope says

And how might Rome be moved to review Trent without some help from Confessional Lutherans? By the idea that Rome has to renounce Trent first you establish a principle that says you will only talk with those with whom you already agree. Lutherans by their confession are ecumenical. You cannot have it both ways. Either we talk about the faith with those who do not agree with us or you have a Lutheranism which is effectively a sect. Choose your sides carefully...

Rome would have to completely alter their understanding in order to revoke a church council. Rome has chained itself to its errors and I see no indication they are prepared to be willing to dump what they view as a valid church council.

If confessional Lutherans want someone to talk to the only serious game in town are confessional Reformed. Look at things like the White Horse Inn and what Rod Rosenblatt does there.

Could it be that the entire western catholic church is in schism?