Technology is hard on unity. . . 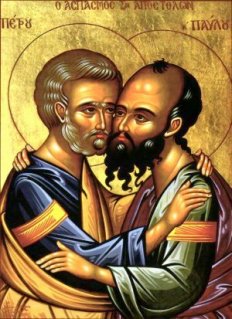 In conversations with my father over politics, religion, and life, we have noticed how much of our life and conversation is shaped by events in the news.  We do not merely watch these from a distance but are drawn into them so that the lingo of the day as well as the events of the day impact our mood, our ideas, and perspective.  Who among us was not ready to gag over the overuse of the term fiscal cliff?  How did the 24/7 news coverage of the Newtown shootings shape our thinking over other, even greater tragedies, that did not receive the same kind of coverage?  Could the low approval ratings of Congress and politicians in general in part be due to the fact that the news amplifies their faults and foibles without also pointing to the good that is done by those elected to serve us?

Put that in perspective with the Church and I think you might know where I am going.  There very technology that should help us communicate seems to make it harder than ever to find unanimity on any subject.  I have heard of the glory days when Lutheran people worshiped alike, believed more alike, and had more in common -- even though their formal divisions were more concrete and known.  I believe the power of a common liturgy and I would like to believe that faith was more uniformly confessed and taught.  But... I am tempted to believe that the differences were there but had fewer outlets.  Really, until Christian News and the American Lutheran Publicity Bureau began publishing regularly, most of the news from Lutherans to Lutherans was through official periodicals.  These agencies fostered a sense of unity, highlighting what we held in common.  Indeed, the power of some of these independent journals was largely because of the vacuum within the communication sphere.  Where else would people find out the stuff that these and other periodicals made known?  The more publishing ventures, the more disunity (or at least the more aware we were of that disunity and the less aware we were of what we did believe, confess, and teach together).

I think of this blog, for example, and my own part in the fray of exposing what I consider to be wrongs and of my comments that can be used to magnify our disputes instead of help to resolve them.  For my part, while I have strong opinions, I do not seek a church that looks and acts and sounds like me.  I seek a church in tune with her confessions, confident of those answers, with a clear uniformity of ordo or pattern on Sunday morning (though diverse enough to fit the local circumstances), and a robust catechetical ministry to young and old.  I seek missions that reflect this confidence and invite in the most winsome way those who have not seen what a means of grace, evangelical, and catholic church looks like.  I seek music which is freed from like or dislike so that the text and message (of which the tune is certainly part and parcel) speaks the faith clearly.

It is true, however, that not all those who use the technology of today (and blogging may not be all that current anymore) are interested in the same kind of unified perspective.  Instead, they are looking for a more highly nuanced unity in which uniformity replaces all diversity.  Some of these would insist that we not only must confess the same things, we must use the absolute same words and paragraphs.  I believe that the Church certainly has a common (creedal and liturgical) vocabulary which we should all be comfortable using.  I believe that the outline in our Confessions should be followed but I also recognize that there is good in translating the language of the Church into the language of everyman when it comes to witness and outreach.

The more we have venues to express our differences or offer dissent, the harder it is for us to accent our unity or find unity amid divergent opinions.  In this way the LCMS koinonia cause is rendered much more difficult and it is far too easy for people (even me) to take pot shots designed to inflict damage more than words to witness, heal, and inspire us to common confession and common practice.  The more we use the technology of communication and the less face to face conversation we have, the harder it is for us to speak with one voice or to even find a common voice.

Technology can be hard on unity.  It appears that the Word of God is not the only two edged sword out there...
Posted by Pastor Peters at 6:00 AM

The more we have venues to express our differences or offer dissent, the harder it is for us to accent our unity or find unity amid divergent opinions.

As technology makes more 19th-century volumes of Der Lutheraner, and their translations, available to Missouri Synod Lutherans, they will see that similar differences, dissent, and divergent opinions were present in that day as well. It is the mid-to-late 20th century Lutheran Witness pablum, with which a generation of Missouri Synod laity grew up, that papered over the divisions, which informed pastors then knew existed.

The increase in information available to the laity today also increases the need to provide theological education of the laity. Along with the increase in wheat has also been an increase in chaff.

The only thing Congress does that benefits us is to adjourn!