How Modern Art Become Trapped by Its Urge to Shock 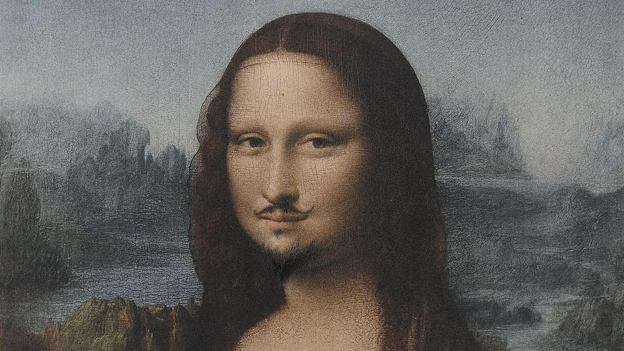 The interesting fact, however, is that the habit of faking it has arisen from the fear of fakes. Modernist art was a reaction against fake emotion, and the comforting clichés of popular culture. The intention was to sweep away the pseudo-art that cushions us with sentimental lies and to put reality, the reality of modern life, with which real art alone can come to terms, in the place of it. Hence for a long time now it has been assumed that there can be no authentic creation in the sphere of high art which is not in some way a 'challenge' to the complacencies of our public culture. Art must give offence, stepping out of the future fully armed against the bourgeois taste for the conforming and the comfortable, which are simply other names for kitsch and cliché. But the result of this is that offence becomes a cliché. If the public has become so immune to shock that only a dead shark in formaldehyde will awaken a brief spasm of outrage, then the artist must produce a dead shark in formaldehyde - this, at least, is an authentic gesture.

There therefore grew around the modernists a class of critics and impresarios, who offered to explain just why it is not a waste of your time to stare at a pile of bricks, to sit quietly through ten minutes of excruciating noise, or to study a crucifix pickled in urine. To convince themselves that they are true progressives, who ride in the vanguard of history, the new impresarios surround themselves with others of their kind, promoting them to all committees that are relevant to their status, and expecting to be promoted in their turn. Thus arose the modernist establishment - the self-contained circle of critics who form the backbone of our cultural institutions and who trade in 'originality', 'transgression' and 'breaking new paths'. Those are the routine terms issued by the arts council bureaucrats and the museum establishment, whenever they want to spend public money on something that they would never dream of having in their living room. But these terms are clichés, as are the things they are used to praise. Hence the flight from cliché ends in cliché, and the attempt to be genuine ends in fake.

Art has long insisted that beauty, like truth, is in the eye of the beholder.  What foolishness!  No amount of sincere belief makes a lie into truth and no amount of cliched fakery can turn garbage into art.  Yet this is what we have been left with -- a vain attempt to one up each other by shocking us to death in the name of authenticity and then calling it art or beauty.  This does not only happen in the museum and it is not only the canvas that conveys our preoccupation with stark and ugly vulgarity.

Consider the way modern art has become the cause to erect bland, stark, ugly, cold, and sterile buildings and call them churches!  As another blogger put it, Even our architecture has given God the boot, so to speak. Circular and fan shaped churches dominated after 1950. The tabernacle was relegated to the side, altars became largely devoid of candles or a cross, and it became almost “immoral” for the priest-celebrant not to “face the people.” Seeing and interacting with each other became the goal. God was invited, too, but His role seemed more to affirm what we were doing and to be pleased with us; or so we sang, on and on and on. Surely God was happy when we were happy!

Or as another commentator put it:
Have you noticed that nobody loves modern churches? Nobody. I mean NOBODY.
Seriously. Have you ever met anyone who sees a church like this and and heard them whisper, “I just love that church! It is so inspiring!”.round
No. Never.
Have you ever gone into a “worship space” like this and heard someone say how awed they were to be in the presence of God? I doubt it. interior round
That’s because these buildings were not designed to inspire awe or to remind you about the presence of God. They are people centered, not God centered. They are auditoria not temples.
There is a gut level negative respond to these buildings. Even those who have got used to them make comments like, “Well, it’s our church and we’re doing the best we can.” Worse still, they have grown up with these monstrosities and they do not know of anything else.
I have spent the last week in central Missouri worshipping in a beautifully restored country church built at the end of the 1800′s. My heart opened in worship simply because the space was sacred, simple and beautiful.
The gut level rejection of the modern, brutal, utilitarian barns is not merely a hankering after “ole time traditions”. It is not simply a nostalgia for the past or a question of personal preference.
We react negatively to round churches because we want to be oriented towards God in worship, not towards one another.
Furthermore, everyone knew this down the ages. That’s why there was a certain pattern to Christian churches, and did you know the pattern was actually established by God?
tabernacle-drawingIn the Old Testament God revealed to Moses how to build the tabernacle–the traveling tent/temple they used in the wilderness. The tabernacle was rectangular with a large outer meeting place of the people. Then there was the “Holy Place” for the priests and this was surmounted by the “Holy of Holies” where the Ark of the Covenant was lodged. The Ark of the Covenant was the Throne of God himself.
This was the prescribed plan for a building to worship God, and the Temple in Jerusalem was a larger, permanent version of the tabernacle.
Now nobody is suggesting that Christian churches should be traveling tents (although the preachers in the American south used to do pretty well in their tent meeting revival services) Neither am I suggesting that we should build churches that are replicas of Solomon’s temple.
But there was a basic pattern here that was followed in all Christian churches from the earliest days. The pattern was of a three fold, hierarchical space. A large meeting space for the people, a next step into the holy place for the priests and then the dwelling place of God which is the Holy of Holies.

Howz about this as a good fer instance.