The strangeness of Hanukkah 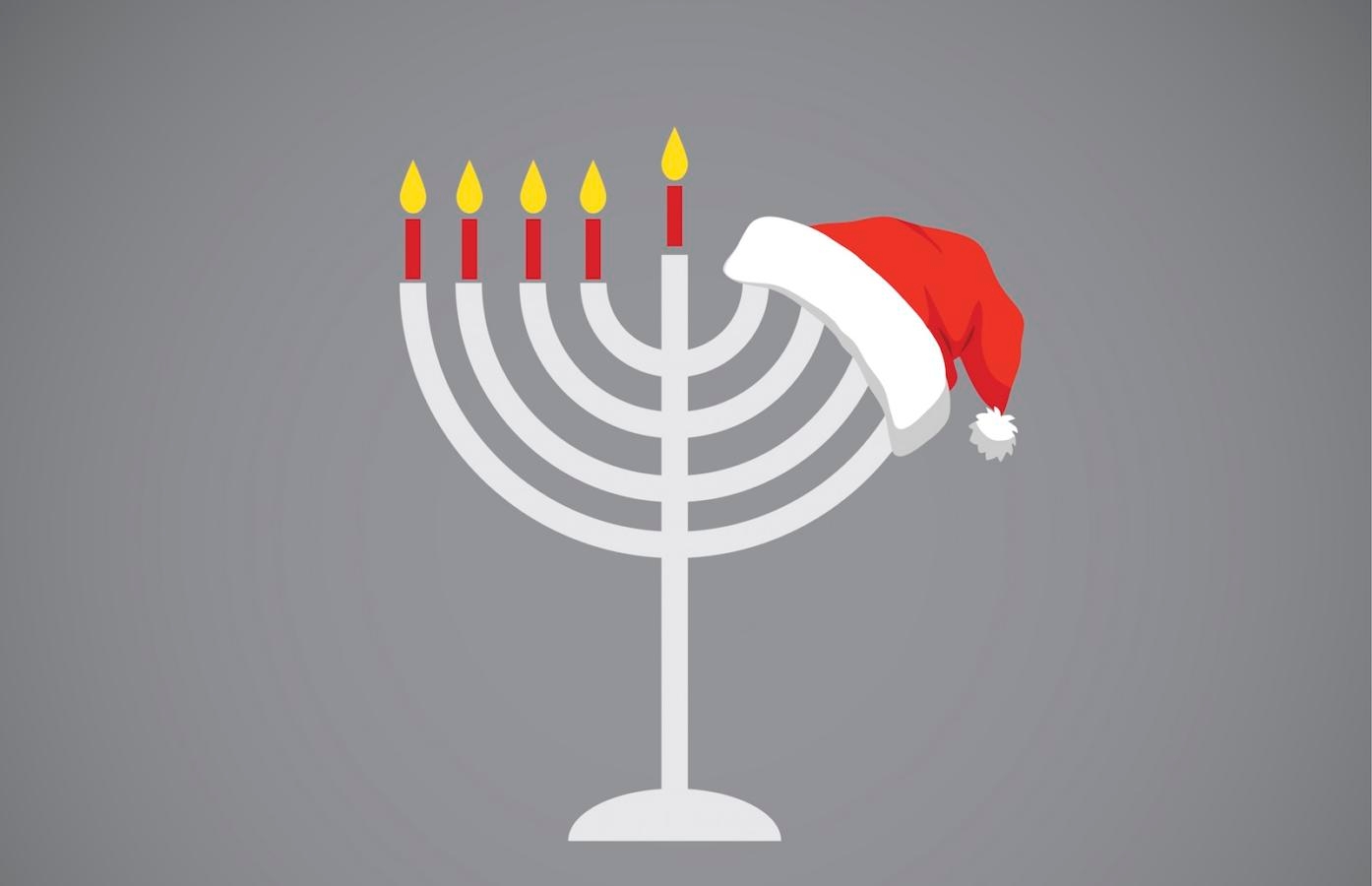 It has become fashionable by some religious leaders to claim we are all Jews -- at the high holy days or when remembering the Holocaust, for example.  I understand the sentiment but wonder about it.  Somebody said to me that I should stop referencing the Judeo-Christian tradition since Adam and Eve were, by the faith in the promise, the first Christians.  Yes, in one sense we are all children of Abraham as the New Testament makes abundantly clear.  But the roots of Christianity are not found in Judaism.  Christianity is already there at Genesis 3:15.  In one sense it is correct to say we share a common history but I am not sure it can be said we share a common faith.


Way back in December my wife and I had a discussion Hanukkah and Hanukkah greetings extended to Jews by Christians, I began thinking about this a bit more.  How strange it is that Hanukkah has become such a big deal or that Christians are tempted to focus on a few parallels to judge it Jewish Christmas! This feast is almost an also ran in Jewish holy days.  It commemorates events recorded in the books of First and Second Maccabees -- books are not found in the Hebrew Bible (or in most Christian Bibles!).  Rome calls them Scripture while the Orthodox (though there is some diversity in Orthodoxy) and Lutherans value them -- just not as the Word of God.

Perhaps in our enthusiasm for something that reduces all religion to the same faith, Christians have tended to make Hanukkah a “Jewish Christmas”—complete with all kinds of things that mirror what Christians do -- from lighting candles on the menorah to singing holiday songs to exchanging gifts. The things done on Hanukkah often seem in conflict with the Maccabees struggle as Jewish resistance fights against a much larger force.

In the fourth century B.C., Israel watched as Antiochus IV (Epiphanes) made himself God, murdered the High Priest and 40,000 Jews and then turning another 40,000 into slavery. To make matters worse he desecrated the Temple, dedicated it to Zeus, plundering its treasures, and sacrificed pigs on its altar. That does not even mention what he did to mothers, their circumcised boys, and their families.

The Jews revolted and Antiochus went after them with an army of 65,000 against Judah’s 10,000.  Israel regained its independence (until Rome's occupation) Before the engagement, Judah and his army prayed fervently to God for Israel’s deliverance. Their prayers were answered and the Maccabees roundly defeated the superior Hellenist forces. Although some fighting continued, that battle freed Israel, which would remain independent until occupied by the Romans a century later.

In their victory, they rushed to purify the desecrated Temple and rededicate it to God. (“Hanukkah” means “dedication”).  Tradition says one day’s supply of consecrated oil lit the Menorah for eight days until the oil could be replenished -- hence the 8 day celebration and a candle for each day.

It is a great story but not Christmas.  The victory lasted only about a century until Rome conquered them (something Jesus painfully reminded them about in John 8).  I can understand why it would be remembered but that does not even come close to Christmas.  We come to manger to see the face of God, to rejoice in an eternal victory over sin and death, and the reconciliation not of a tribe but of all people to God through the blood of His Son.  No, it is not Jewish Christmas.  And it would be better if we carefully distinguished these holidays -- no matter how close in time they fall.

It may be polite to extend Hanukkah greetings to Jews but it may also promote the popular myth that these two days are somehow equivalent or the same.  They are not.  To distinguish them is not to offend Jews but to honor the two days for what they are -- very, very different.  We get a bigger miracle than 7 extra days of oil -- we meet on the holy ground of God's presence to behold the Savior who is Christ the Lord.  I should have remembered this and, happily, my wife forced me to think it over again.

Posted by Pastor Peters at 4:00 AM