The Lord sees your permanent mark. . . 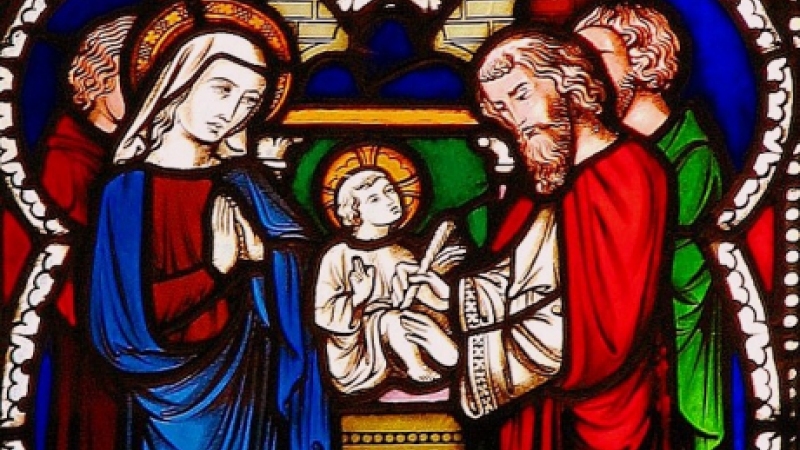 Sermon for the Circumcision and Name of Jesus, preached on December 31, 2020, by the Rev. Daniel M. Ulrich.

Part of being human, part of being man and of having dominion over creation is naming and marking things.  Adam did this in the Garden before the Fall when God gave him the task of naming all the animals, and we continue to name and mark things today.  Those who donate the most money get their names on stadiums and libraries and children's hospitals.  Those who discover new stars get to name them.  And even on a smaller individual scale, we put our name on and mark our personal things claiming them as our own, like the leftovers in the fridge.  We're all about naming and marking...and so is our Lord.  He marks what's His.  He puts His name on His own, on His people, on you.

I.    The Lord has always marked His people.  From the very beginning He set apart and identified His own.  He did this for Abraham.  When the Lord called Abraham to follow Him, when his name was still Abram, the Lord promised to bless him. He said, "I will make of you a great nation, and I will bless you and make your name great, so that you will be a blessing. …and in you all the families of the earth shall be blessed"(Gen 12:2-3).  God continued to speak this promised blessing to Abram, and then He renamed him Abraham and gave him the mark of circumcision as a sign of God's covenant with him, as a sign of God's promised blessings.  This was a mark that all male descendents of Abraham would bear.
That mark of circumcision was a permanent mark, one that couldn't be reversed or undone.  No Hebrew man could live a day without seeing it.  This was a permanent sign, a reminder of God's permanent promise.  Seeing it reminded those men who they were, and who their God was.  Seeing it reminded them of God's promised blessing, that promised blessing to turn Abraham into a great nation.  And even more than that, it was a reminder to them of the promised Savior God spoke of in the Garden.
When God cursed Satan saying, "I will put enmity between you and the woman, and between your offspring and hers, he shall crush your head, and you shall strike his heel"(Gen 3:15), He promised the birth of the Savior, One who would undo what Adam and Eve had done, One who would redeem us from sin and death.  Every conjugal act between a Hebrew husband and wife would live out that hope of God's promise fulfilled.  Every boy born recalled that promise, and in the Virgin Mary's Son that promise was fulfilled.
It may seem a bit odd that we remember and even celebrate the Naming and Circumcision of our Lord.  It's not something we usually talk about in Sunday School.  And yet, this rite of circumcision for our Lord, recorded in just one verse of the Bible, is important.  It's important because it fulfills that promise spoken to Abraham back in Genesis.  It's important because it fulfills that promise spoken all the way back in the Garden.
Jesus, whose name literally means "the Lord saves,"is the fulfillment of all of God's promises.  He is the descendent of Abraham through whom all families are blessed.  He is the seed of the woman who would crush Satan's head.  And yet, His victory over that serpent would come at a cost, the cost of His own blood, blood first spilt when He was just an eight day old infant.
Christ was born under the Law to fulfill the Law, the whole Law, including the law requiring circumcision.  He kept the Law completely.  He was without sin, and He had to be, so that when He willingly gave up His life on the cross, His blood would make atonement for sin of the whole world, for your sin and mine.  By shedding His blood on the cross, He fulfills His name, He saves His people from their sin, He saves you from your sin, because you are His people.  You are His through the waters of baptism.

II.    Just as God marked His people with the mark of circumcision in the OT, today He marks His own.  St. Paul writes "In [Christ] you were circumcised with a circumcision made without hands, by putting off the body of the flesh, by the circumcision of Christ, having been buried with him in baptism, in which you were also raised with him through faith in the powerful working of God, who raised him from the dead"(Col 2:11-12).  You bear the mark of baptism, and just as circumcision was permanent, so too is your baptism.
In those waters God claims you as His own.  You belong to Him.  He put His name upon you, just as He put His name on Israel when the priests spoke that same blessing we hear today. "The Lord bless you and keep you.  The Lord make His face shine upon you and be gracious to you.  The Lord look upon you with favor, and give you peace"(Num 6:24-26).  From the time of the Exodus, God has been putting His name on His people by that blessing.  He puts His name on you by that blessing.  He marks you as His own by the waters of baptism, and being His, you receive what is His, salvation and life in Christ.
In the waters of baptism, you've put on Christ.  When God the Father looks at you He sees His child, He sees His Son.  He sees the blood of Christ that has washed away all your sin.  Being baptized in Christ means you're a child of God and that means you're an heir of all of God's promised blessings.  You're an heir of forgiveness.  You're an heir of salvation.  You're an heir of everlasting life.  These are yours by familial right, because of what your brother Christ has done for you, shedding His blood on the cross.
The sign of circumcision was a visible permanent mark, a mark that could be seen by all.  The sign of baptism that you bear, it isn't visibly permanent in the same way.  Your hair has long since dried from your baptism.  There's no physical evidence of it beyond a certificate and a few mementos here and there.  And yet, even though we may not physically see the mark of our baptism every day, our Father in heaven does.  He sees the washing away of your sin.  He sees the blood of Christ that has atoned for your sin.  He sees the cross that marks you.  And He sees His name that He has placed upon you.  These are permanent and will never be taken away.  You are and will forever be marked a child of God in Christ.  In Jesus' name...Amen.


Why do Lutheran pastors avoid telling their parishioners that, after Baptism, the Holy Spirit dwells in them, as taught by our Lord and His Apostle, Peter?
John 7: 37, On the last day of the festival, the great day, while Jesus was standing there, he cried out, "Let anyone who is thirsty come to me, 38 and let the one who believes in me drink. As the scripture has said, ‘Out of the believer's heart shall flow rivers of living water.' " 39 Now he said this about the Spirit, which believers in him were to receive; for as yet there was no Spirit, because Jesus was not yet glorified.
John 14: 16, “And I will ask the Father, and he will give you another Advocate, to be with you forever. 17 This is the Spirit of truth, whom the world cannot receive, because it neither sees him nor knows him. You know him, because he abides with you, and he will be in you.”
Acts 2: 38, Peter replied, "Repent and be baptized, every one of you, in the name of Jesus Christ for the forgiveness of your sins. And you will receive the gift of the Holy Spirit. 39 The promise is for you and your children and for all who are far off--for all whom the Lord our God will call."
Peace and Joy!
George A. Marquart