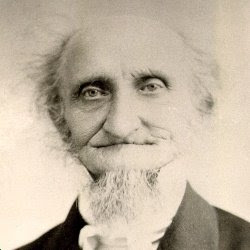 A friend directed me to Concordia Seminary website where they posted a silent movie taken at the dedication of Concordia Seminary, St. Louis.  It is an amazing news reel style record of what happened that day as well as a descriptive look at the Church we were in 1926.   First of all is the awesome realization that between 75,000 and 100,000 people came together on that campus for that momentous dedication day.  When was the last time we as a church body assembled that size crowd for anything?  In addition, since we were a church body numbering less than 1 M souls, this group is even more significant by comparison.  In order to have such an impact today, we would need to have more than 200,000 folks together to retain the proportions of that day, so long ago.

Second is the fact that a church body would gather to celebrate the rebirth of a seminary on a new campus so expensively constructed.  We all know that the buildings at Concordia Seminary, St. Louis, were costly to construct.  What kind of priorities and discipline were required to undertake such a project (at a time when the vast majority of the cost of the Seminaries came out of the Synod budget as opposed to the small pittance that flows from Synod to our colleges and seminaries.  Today we do things on the cheap and our church body reflects this cost cutting mentality.  The trouble with this is that God is not cheap but lavish with His grace and mercy, his grace and favor.

Third is the genuine sense of optimism and accomplishment that both flowed from the majestic campus constructed and the purpose of this great investment to train Pastors for the Church.  Today the seminaries of the LCMS receive a pittance from the LCMS budget and do their own fund raising from a donor base of alumni, foundations, individuals, and an aging but well-heeled and pious demographic in Missouri.  The honest truth is that there are complaints from all kinds of folks about the high cost of training Pastors, the wisdom of a seminary based educational model, the effectiveness of a deeply academic and theological curriculum, and the cost effectiveness of two seminaries.  We look at these seminaries the way some folks look at the public school system – a costly expense that we do not want to bear and don’t think we need pay for anymore.  What a sea change in our Church body!


Incidentally, take a gander at the positively jovial faces of the usually dour and sanguine folks like Franz Pieper!  We have all looked at the photos of our Missouri for-bearers with relief that we do not look like them and this gives a very different view of some of those folks.  BTW, did you ever hear the joke about this? Snow White, Tom Thumb, and Quasimodo are all sad at the prospect they are not the fairest of the ladies, smallest of the people, and ugliest of all.  Their despair leads them to take their own lives and they appear before the pearly gates.  St. Peter takes Snow White in and when she comes out, she is glowing.  "I was the fairest of all the women!"  St. Peter then takes Tom Thumb in and when he comes out, he is ecstatic.  "I was the smallest of all the people of the world!"  Finally Quasimodo is taken in but he takes much longer with St. Peter than the others.  Finally when he comes out, his countenance is fallen and he is angry.  "Who the heck is C. F. W. Walther?"


Lastly, I was struck by the lack of clerical collars on the many clergy and church officials on that video.  In 1926, Lutheran Pastors looked more like business men than clergy.  We are far more apt to see a clerical collar on a Lutheran Pastor today than in 1926 and this is true even given the fact that khakis and a polo shirt have become the defacto uniform of many Pastors (even in worship).  That, given with the fact that most Lutheran congregations celebrated the Lord’s Supper only quarterly in 1926, makes me appreciate the work done by those who went before me.  I am in the debt of those who dared to raise up a more catholic version of Lutheran identity and practice when it was suspect and controversial in the Church.  Thanks be to God for those faithful Lutherans who read their Confessions not as an academic document or an historical one but as a blueprint for Lutheran parish identity and practice.

Could you/would you post the link to the video, I'd love to see it.

The blog, A prayerfor Concordia, has an iTunes link to the "CSL 1926 dedication clip."

Nice thoughts. Thank you for posting.

Wow, this is truly remarkable! I loved seeing CPH and the General Manager of CPH, and seeing Pieper smiling and playing it up for the camera, fantastic.

Thanks for pointing this out. What a joy it is to see all of those familiar places being dedicated and appreciated so long ago. Often when I studied in my room in 'isolation' (i.e. Buenger Hall-
Brohm Hall-Dorm Fuerbringer Hall} I considered how many men had passed through those same doorways and halls. The patina of scuffs and scars and cracks all had a story to tell.

It is impressive what was accomplished, I noticed that the site director for construction worked for free. How many years did that take?

I'm also glad they had a brief shot of the previous Seminary buildings, I searched in vain when I was student to find where the remains of that building stood. Anyone know what is left of it if any thing? Also interesting to see the CPH building, as well as Holy Cross shool.

Great video, which we had more like it. Reminds us so well of what can be accomplished when God gets the glory.

Too bad there don't seem to be too many folks like this around these days.

Sorry to forget the link... I put it on now. I am traveling and the IP connection was not great...