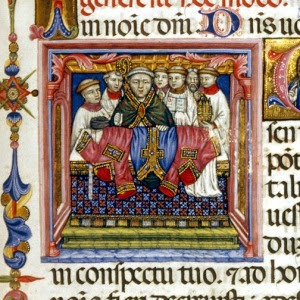 Living for many years in New York State and also the somewhat separate but connected part known as Long Island, I learned many things of politics, religion, and culture.  Pretty big education for a Nebraska boy who grew up in a town of 700 or so!  For some of those years the Governor of that state was a pretty able politician (whether you agreed with him or not) by the name of Mario Cuomo (not the junior currently running for Governor but his dad).  I hardly ever agreed with him but often appreciated his ability to turn a phrase and found him a compelling public speaker.

Cuomo once said that politicians "campaign in poetry and govern in prose."  There is much to commend that phrase and it is packed with wisdom and truth.  It points out the difference between articulating something and actually making it work.  There are many who can do one thing or the other but fewer who can do both.  Obama was fairly adept at creating a vision and selling that vision to the American people during the campaign but has proven less skilled at making his vision actually work.  But then he is only midway through his term.  Maybe things will change... but then people seldom do.

It seems that many who are trying to help transform dying churches have something in common with Cuomo's pithy saying.  They are saying, in essence, that Pastors may be good at the poetry of worship and preaching but they need to learn the prose of church administration and leadership -- how to make it work.  I have read through things from Church Growth people (at the holy mountain of Fuller Seminary) and other incarnations (Paul Borden, Terry Tiemann, et. al.) and it seems that this is very much the issue for them.  They complain that Pastors are not very effective leaders, that they are not very effective administrators, and that they are not very effective managers.

Now this should not surprise you.  I grant the truth to much of this.  I had no courses in this in college or seminary and have never claimed to be good at the other stuff that fills a Pastor's days (as well as the Pastor stuff of his call).  Most Pastors are not very good at being the CEOs or the COOs of a congregation.  I'll admit it.  I am not very effective at running my checkbook.  So I am not arguing his premise.  In fact, I am granting this premise.  What I am arguing is that the Pastor should not be the CEO, COO, parish administrator, or business manager of the congregation.  The job of the Pastor is poetry and not prose.  Period.

The job of the Pastor is to articulate the faith and to do so not as an encyclopedia imparting information but as one who sees the vision and speaks the vision to the people (the vision here not being an idea of how to market the faith effectively but, well, Christ...).  By Cuomo's definition this is the poetry side of the equation.  As a Pastor for more than 30 years, I have learned some things about parish administration (usually through the school of hard knocks) but I am most comfortable leading God's people in worship, speaking God's Word to the pulpit, absolving sinners from their sins, presiding at funerals, teaching the catechism, and working to keep our attention on Christ and not on the distraction of the moment (see the HVAC post below).

I have repeatedly been invited to join the PLI training program.  I honestly don't know much about it.  But I know that I don't want to learn how to be a better administrator.  Probably some of the folks in the congregation I serve would like that.  I honestly think most would not.  But I do want to be a better presider, a better teacher of God's Word, a better preacher of that Word, a better catechist, etc...  So, even if PLI were free (which it is not), I am not interested in it...  It is in the poetry I feel most at home (again, using Cuomo's distinction) and not in prose.

But I do not have to tell you that...  if you are reading this, you know that I am no academic, I do not have organized thoughts but pastoral meandering ones.  I am not the kind of guy who writes a book.  I am the kind of guy who reads a whole book and comes away with a couple of good, no, make that great, phrases or sentences that speak...  I am not a great preacher but I am a passionate one.  I am not a persnickety presider (sometimes I do not know what to do with my hands) but I am a dedicated one who feels at home at the altar and prie dieux.  I have a personality but feel more at home behind the vestments which direct the attention to the office and not the man (which is why I wear a collar every day).  So, leave the prose to others... I am content with the poetry of this calling... And, it is my ventured opinion, that the Church needs more poets from the Seminaries than we need those who speak prose...
Posted by Pastor Peters at 9:01 AM

Would that the members who ARE adept/gifted in administration, etc. would step up more, so pastors wouldn't have anything to think about but being pastors, presiders, and confessors!

Pastor, Once again, you nail it on the head. Our pastor went through PLI and came back after his third year conference and actually mentioned in a council meeting that he would like to do away with council and run the church through a board of directors. You coulda heard Walther spinning in his grave at that moment!! I hope and pray our pastor stays on the poetry side of religion. If I wanted a CEO or COO to guide my spiritual life, I'd spend my Sunday mornings reading the local news at the local Starbucks!

Larry, you have captured my heart in this meander. It is good to know that I am not alone. Thank you, dear brother.