A foundation on which others have built. . . 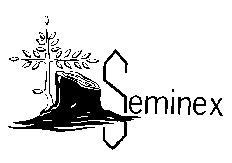 The legacy of the Missouri unpleasantness is at best a sour one.  Those who remained are still living out, some still fighting, and others trying to live down what happened in the 1970s.  Those outside of Missouri seem to have failed to entirely leave behind the fight and some have transformed the Missouri war into merely the first battle of a new kind of Lutheranism in which the view of the Scriptures, worship, morality, and truth have become almost unrecognizable to the categories and positions of both the accusers and the accused in Synod.  I make no attempt to resolve anything here except to observe one anniversary that seems to me a rather pathetic remembrance of Missouri's dispute over the Bible, ecclesiology, authority, and truth.

A rather small number of gray haired folks, less than boisterous singing, some strange liturgy, a rather irritatingly animated lector, and a somewhat melancholy reflection upon the walk out of 1974 stand in marked contrast to the things I lived through.  Tietjen was, if anything, a powerful speaker and presence who did not lack for eloquent words to persuade and who looked the part of a visionary leader.  The folks who I knew at Concordia Seminary before the split and Seminex afterward were churchly people who saw themselves as true believers in a righteous cause.  They were the folks who cared about worship and the decorum of the Mass and who were smooth in a good sense about their leadership from ambo and altar.  What ever happened to them?  Surely the strumming guitar and modern liturgical sensibility is not all that is left from the people who stood in collar with convictions and sang with gusto the strong hymns of Lutheranism?  But, I am afraid, there is not much more that is left of them.

Carl Braaten blames at least some of the leftward drift of the ELCA to the remnant of Missouri's walk out that ended up there, both in terms of theologians and theology.  Whether he is correct or not, it is undisputed that those who walked out of Missouri ended up somewhere other than where they began, a Lutheranism that appears antinomian, Gospel reductionist, and outside the pale of the confessional identity and historic stance of Lutheranism through the ages.

All in all I find this anniversary sad.  I had once believed those who walked out to possess a more noble character of Lutheran faith and practice than the legacy of liberalism that has followed them.  Perhaps I was the fool in this but I was a fool in the sense that I expected more and not less of those who battled over Missouri's identity and future.  President Matthew Harrison noted this anniversary with the solemn reminder that if left unchecked such liberalism foreign to the liturgical, sacramental, Biblical, and confessional to Lutheran identity could have Missouri's fate as well as the ELCA's.  Bishop Jaech was clearly a part of this movement from the inside and now he sees that it was not simply about what was believed and confessed then but the whole direction of faith and the church, that women's ordination, unity in diversity ecumenism, and sexual liberation were part of Seminex's future.  Maybe it was not the case that those who left envisioned such a radical remaking of the Lutheranism they learned from Missouri.  May it was the case that the others who built on the foundation have built poorly.  Or, it is more likely that the foundation was faulty and nothing could be built on it that would be faithful.

The symbol of that movement forty years ago was a stump from which a shoot was growing.  It turned out that this branch did not produce good fruit.  The tree may very well have been corrupt in some ways but the branch that grew from Missouri has proven far more corrupt and the huge numbers that have bled from the ELCA are testament to its poisoned fruit.  If this was truly God's new thing, it would have born better fruit.

It's an interesting comment that no one has commented on this.