Words no longer have meaning. . . 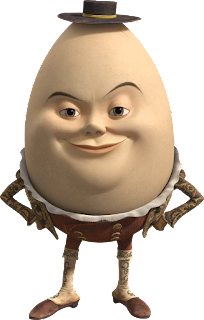 I know it is old news that SCOTUS upheld the Affordable Care Act (Obama Care).  I am not about to argue the politics of it all here but upon perusing Justice Antonin Scalia's stinging dissent, this phrase popped out at me.  Words no longer have meaning...  According to Scalia, in order for the court to find in favor of the law, the court had to presume and affirm that words do not mean what they say.  For if they did mean what they said, then the outcome would have had to have been different.

It is a common exercise today to invent meanings for words, to forget what words mean, and to live in an make believe world in which words mean what we want them to mean or not.

Politics often rests upon words and a person's word.  When words no longer mean anything or at least do not mean what they say, politics finds polarization and gridlock.  When politicians give up their word, then the result is a chaos in which blame is the primary concern and nothing beneficial usually happens.  This is no less true than in the Church.  The Church depends upon words and words which mean what they say -- not what we want them to mean or what we choose them to mean.  How do we witness in a world where words cannot be trusted -- especially since the Word is the means by which the Spirit works to engender faith within the hearts of the hearer?  How do we worship in a world where words have been replaced with feelings that come and go, burn hot and cold?  How do we hold to our Confessions and Creeds when we no longer count on the words to mean what they say or the words said to mean that we believe them?

This is a dangerous and challenging issue for us.  Words no longer have meaning.  Of all the things that challenge and test us, the ability of words to mean what they say and the speakers to believe what they confess are keys to who we are and to the work that God has given us to do.  Washington may face gridlock and polarization (some might even suggest that the less that gets done the better there) but God works via the Word -- spoken in words, acted out in deeds.  We have no liberty to act apart from the Word.  We are people of the Word.  That is who we are and that is how the kingdom works.

We may not be able to greatly affect what happens in Washington, but we can affirm within our homes and congregations that words have meaning and God's Word not only means what it says but does what it says.  We can raise our children to know the Word, to believe in it, and to believe it.  We can make sure that we are attentive to the Word that is His means of grace, around which we gather on the Lord's Day in the Lord's House.  We can learn and grow in this Word -- not only to strengthen us and our own lives of faith and good works, but also to equip us to speak clearly the Gospel to those around us.

God is trustworthy.  He has kept His Word and still keeps it.  Our forgiveness, life, and salvation depends upon it.  Our usefulness to Him and His kingdom depends upon us not only believing in this Word but being people of our word.

Words indeed have meanings, however, the winds of change blow strong in academic circles and literary expression. When I was a child in elementary school, the word "gay" meant "happy." Now it is associated with homosexuality. The left is particularly adept at changing word meanings to satisfy social or bureaucratic programs and institutions. In the church, the word of God and the plain meaning of scripture can be easily manipulated by some theologians and others to advance a social activist agenda. As you have indicated in your comments, it is up to each of us to stick with the truth regardless of the word manipulation we observe in the world today.

For many decades, the justices have been rewriting the Constitution under the guise of interpretation. Is it any different with respect to theological liberals and Scripture?

"The Church depends upon words and words which mean what they say -- not what we want them to mean or what we choose them to mean."

This twisting flexibility in the meaning of words is no stranger to the Missouri Synod. As one significant example (among numerous others), there is this conclusion from "The Joint Declaration on the Doctrine of Justification in Confessional Lutheran Perspective" (1999, p. 32):

"We can do no better than to conclude with the judgment of our late president, colleague, and friend Robert Preus, whose timely book, Justification and Rome, has just been published by Concordia Publishing House: