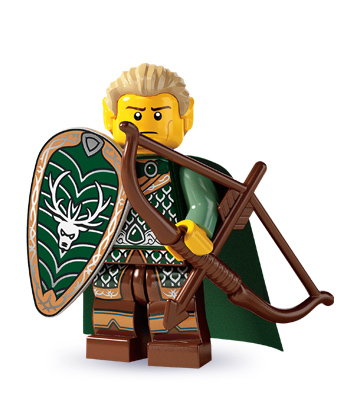 “This ‘new Reformed body’ is intended to foster a new way of being the church, just as traditional, mainline denominations rose to serve in their day,” wrote leaders of the new Evangelical Covenant Order of Presbyterians. According to RNS, Conservative Presbyterians launched a new denomination on Thursday (Jan. 19), saying that the Presbyterian Church (USA) is too consumed by internal conflicts and bureaucracy to nurture healthy congregations.

I am not sure that there is much to be gained for Presbyterianism to have so many so diverse a store of choices for those who like the brand.  I am not so sure that Lutheranism gains much from a mind numbing plethora of acronyms in a sea of Lutheran choices, either.  It seems to me that we delight in building up and then tearing down old structures, those we deemed to have outlived their usefulness or become flawed to the point we can no longer be satisfied in them.  I fully understand that there are hills on which the stand must be made against encroaching liberalism that seeks to steal the fact from the truth.  I fully appreciate that there must be boundaries for a diversity that has the potential to rob any confessional identity from a group.  I just wonder if it is not a symptom of our times that we find it harder and harder to agree on our confessions or on what they say and how they should be practiced.  If that is the case, we have much more to lose than a headquarters and a letterhead.  I would not be inclined to suggest that the Lutheran cause (or any, really) would gain from innumerable elfin denominations formed by people who have narrowed the cause of unity so that the fewest number can fit.  They are more than small.  They are mischievous.  I am not advocating broad church but instead suggesting that renewing the old structure is a better bet than creating a new one to replicate what was lost.

In the case of Missouri, I would ask those inclined to leave for an existing microsynod or to create their own church body to give it some time.  We have a young and energetic President, we have strong seminaries, we have a renewed sense of the "church" as it functions in mission and ministry... but change, real change, will not happen overnight.  It is not about simply clamping down but about renewing our unity and coming to more unanimity of mind and heart as we live out what it means to be confessional Lutherans within this church body.
Posted by Pastor Peters at 6:00 AM

The only reason for this new Presbyterian denomination is the same rationale as that for the NALC; they want to oppose the sodomism that has prevailed in their parent denomination, and yet to continue to practice its elder doppelganger, the pretended ordination of women.

Lutheranism as a denomination to the
general public is one more option.

LCMS as a denomination to its own
members has a history of internal
warfare for the past 50 years.
The moderates and the conservatives
jockey for power and the presidency.
We alternate between Preus, Bohlmann
Barry, Kieshnick, Harrison, ??????

"The LCMS is too consumed by internal conflicts and bureaucracy to nurture healthy congregations."

There. Fixed it for you. At least that is what I have seen some NALC pastors write as a reason for not leaving the ELCA for the LCMS.

Pastor Peters: I do enjoy reading about the plight of other denominations, because such news gives me insight into the LCMS. How does the LCMS stand compared to other denominations, is the LCMS getting better, getting worse, or staying the same? Is there any evidence that the healing and regeneration will begin soon?

It is interesting to note that most (all?) Willow Creek LCMS pastors have never set foot in a non-denominational seeker church. And if they did, would they like what they would discover?

Is the Koinonia Project an effort to end the never ending 50+ year cycle of warfare? I would like to hope so. All of this infighting is keeping Synod from moving forward.

I think I counted eleven Presbyterian denominations listed in your article.

The average non-Presbyterian who knows nothing about Presbyterianism will get his information from the media. Most news reports about the Presbyterian church will be about the PCUSA. A non-PC person would automatically think: "I know about *those* strange liberal people. They are all for the gays and for universal salvation. Forget that."

For the above two paragraphs:

By the way, what is the future of Lutheran micro-synods in the USA. What would prompt them to decide that merging would be the only way to increase their stagnant size and influence. Is the LCMS or the AALC in discussions with any of them: