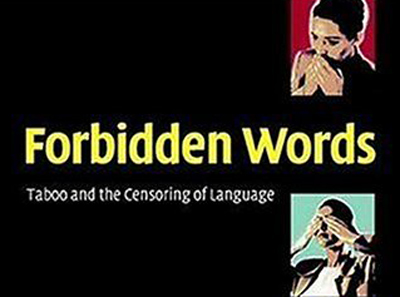 I did not come up with that title.  I borrowed it from someone more creative.  But it is a powerful statement of the problem with most inclusive language.  It does not stop with the inclusion of women with men in those places where men clearly is inclusive of all people.  Inclusive language is most dangerous when it seems either a balance of male/female terms for God or it seeks to remove God from any terminology which might be considered gender specific (never mind that God in His gracious wisdom has chosen to have Himself addressed in gender specific terms all the while reminding us that this does not presume all the freight of human anatomy -- except with respect to the Incarnation).

I had occasion recently to peruse in more depth the ELCA hymnal Evangelical Lutheran Worship and found the most distressing part of it was the awkward wordings assigned to mask how we formerly addressed God:  He, Him, His, Lord, Son, etc.  Although this hymnal is certainly not alone in its attempt to either balance or remove entirely the personal pronouns which imply gender.

Example from the Gloria in Excelsis:  Glory to God in the highest and peace to God's people on earth.

Example from the Venite:  O Come, let us sing to the Lord, Let us shout for joy to the rock of our salvation. Let us come before God's presence with thanksgiving, And raise a loud shout to God with psalms.

Example from the Benedictus:  You, my child, shall be called the prophet of the Most High, for you will go before the Lord to prepare the way… (skipping His makes it all clearer, right?)


Example from the Creed:  Nicene Creed from “his only Son” to “God’s only Son”  (which also eliminates the linguistic reference to the relationship between the Father and the Son)


Hymn examples abound:   Praise the Almighty! Lord, I adore you! (all to remove one silly little Him yet other hymns are spared some of the more radical surgery -- perhaps because they are too well known?)

So much inclusive re-wording in hymnals makes for awkward singing and removes the beauty from the language.  We ditch the poetry in order to embrace the twisted syntax of political correctness.  Once upon a time we all knew and understood  the use of the words "man", "mankind", and "he", and were not offended by them. Now, it seems, we would rather risk subverting the wonderful texts of the poets of the past and distorting the way we speak about God in order to please those who look to be offended by language that does not honor the stilted values that deny the privilege of speaking of God as He has spoken to us.  Over the course of time we will be accustomed to the awkward sound of politically correct praise to God but God Godself will never get over our foolishness and idolatry.


Why is it that we think we have the authority to change the Word of God to fit a political agenda?  Although God is certainly not male in a physical or biological sense, He has chosen to reveal Himself as Father and as the only begotten Son of the Father. When we feel uncomfortable with the way God has defined and made Himself known to us, we are ultimately uncomfortable with God Himself.  Our inclusiveness is rather exclusive toward God -- suggesting to Him that His own revelation is not good enough for us.  "Lord, we just don't like some things about You, namely, the way You have revealed Yourself to us.  It make us uncomfortable to address You as You have revealed Yourself to us so will avoid the vocabulary of Scripture in order to address You in ways that do not offend our sensibilities."

It appears that the most forbidden words are the words which God has given us to speak of Him and to Him.  It violates the very nature of His revelation and the most constructive principle of worship, namely, that saying back to God what He has said to us we repeat that which is most sure and certain...
Posted by Pastor Peters at 6:00 AM

If one has a choice between perusing through the ELCA's new hymnal and having a root canal, ALWAYS choose the root canal - it is by far less painful! I write this as an ELCA Lutheran, by the way (save the rocks!). You write: "Example from the Preface: It is right to give our thanks and praise. OR even worse: It is right to give God thanks and praise." Respectfully, the former is actually worse than the latter insofar as the former takes the focus off of God and puts it onto us, i.e., according to this (mis-)translation, it is no longer just right to give Him thanks and praise, it is right to give OUR thanks and praise. It is a mere reflection of the entire problem with the ELCA: faith is no longer about God, it is ALL about US. The Rev. Ronald Marshall of First Lutheran Church of West Seattle (ELCA) writes an excellent critique of ELW, entitled "Inverting John 3:30." It is worth the read, and may be found on the church's website.

Once I visited a church and was forced to endure an Inclusive Langauge service. They actually sang "A Mighty Fortress", with all references to God the Father and God the Son neutered.

Interestingly, they kept the devil male.

"The Prince of Darkness grim,
we tremble not for her;
her rage we can endure,
for lo, her doom is sure;
one little word shall fell her."

Thanks for a great post, Larry. I shamelessly stole it and gave you credit.

It's interesting how people who sing the praises of "inclusiveness" are not willing to include the unborn.