Banishing the Dead from their own Funeral 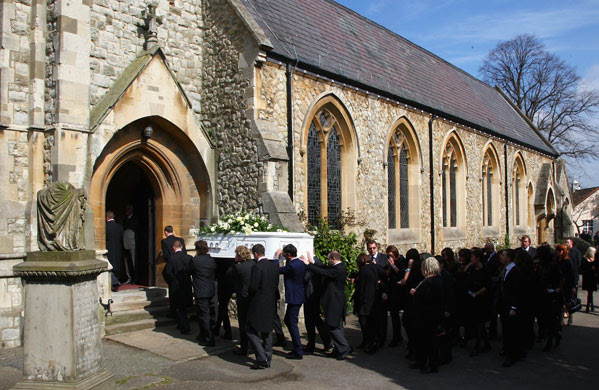 Funeral practices could probably take up a hundred posts and still we would but scratch the surface. Suffice it to say that the industry is profit driven and that most funeral directors will do whatever the family wants to please the customer. I am not faulting this but suggesting that the goals of the funeral home may be at odds with the Church.

These are such important words for everyone to consider. Even if a person opts for cremation, please let there be an open-casket funeral. I can't begin to tell you how comforting it is for family members to have their loved one in a casket and visited by friends. It is a vital part of the grieving process and I shudder to think what I would be dealing with now, on a personal now, had I not had the chance actually to be with my father's body as it was viewed and buried.

Anyone have any doubts? Ask me.

Don't know if the tradition in the midwest was the same as the South, but we used to have the body in the home. No funeral homes; that's what the parlor (in a larger home - main room in others) was for.

Death was real, close, and it came into your space.

Pastor please help my husband and daughter with the service. I totally agree with your line of thinking. Thank you so much. I will place this blog with my Last Will and Testament.

signed: Janie D. (sure you know who I am)

Right Right Right----if only you had a mega forum to explain these valuable insight even to just our town the young and middle aged people trluly need to hear you.
Keep up the good work
thank you for you
your friend Janie