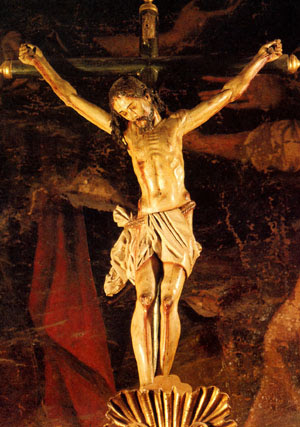 When I was 13 or so my congregation needed an organist to sub while our regular organist would be away. Since I played piano, I was drafted. The congregation had an Estey tracker from the late 1800's but in pretty good shape. My piano teacher was organist at the Methodist Church in town and she pulled out an instructional book by John Stainer and suddenly I was an organist. At the time the big Lutheran church in town (Augustana Synod) had a tubby Moller from the early 1950's and it seemed so much better than the tracker I played. And then I went away to college (St. John's Winfield) and encountered a couple of Moller Artistes, an old Austin unit, and the Schlicker in the Chapel. I had never heard such a wonderful sound.

My second year I went to a hymn festival put on by Paul Manz. I think the congregation which hosted had a Reuter (native to Kansas) and it was not too bad. Choir, organ, and congregation combined for a wonderful experience -- all with Paul Manz at the console. The same year I was introduced to Paul Manz, I heard for the first time his anthem, "E'en So Lord Jesus, Quickly Come." It still sends goose bumps up my spine. I have sung it many times in choirs and heard it performed many times and often listen to it on my cd player or just tune in to a YouTube video just because...

I discovered from a friend that Manz's anthem was one of the few American choral anthems to have the stature to be included regularly in the great choral traditions of England (Evensong, Lessons and Carols, etc...) I know why. It has the simple yet haunting quality that unites text and tune together so that it becomes the most profound of prayers set to music.

According to Manz, the piece was written in 1953 when his 3 year old son John was desperately ill in the hospital. Little hope was given to the parents. Paul's wife Ruth had worked the words together from Revelation 22 and gave it to Paul to do something with... And so he did. After John had recovered the sketch was revisited and Paul published it, dedicating the piece to "John and all who prayed for him."

If you want to know what is genius in liturgy and music, I think of this anthem. I think of the faith rooted in Jesus Christ from which the words flowed and the music of the man so anxious about his son and the mystery of the moment of pain that gave birth to such words and music of hope, confidence, and peace. It is one of those wonderful intersections of music and words where neither is bigger than the other but both form a piece of what is larger than either -- the message understood in the mind with words but felt in the soul with the notes that speak the same message.

When I die I want the choir to sing this piece in the funeral. It is about all that needs to be said of me... of any Christian... Even so, Lord Jesus, quickly come.... You can listen to it here or here or here.

Peace be to you and grace from Him
Who freed us from our sin Who loved us all, and shed his blood
That we might saved be.
Sing holy, holy to our Lord
The Lord almighty God Who was and is, and is to come
Sing holy, holy Lord.
Rejoice in heaven,
all ye that dwell therein
Rejoice on earth, ye saints below
For Christ is coming,
Is coming soon
For Christ is coming soon.
E'en so Lord Jesus quickly come
And night shall be no more
They need no light, no lamp, nor sun
For Christ will be their All!
Posted by Pastor Peters at 5:10 AM

Truly one of the greats...I've sung it in various ensembles (also here at St. Paul's) and it never ceases to absolutely astound me.

I sang it on tour with the Sem Chorus my first year at St. Louis. It is gorgeous.

We sing this piece in our choir every year during Advent. It is one of MY all-time favorites. The sensative rendition of this message is indeed resounding.

We're singing the motet (in a church on the England/Wales border) for Advent (2010). Lovely to read the background. But is there an error in the info about Paul Manz writing this and dedicating it to - himself? Or did you mean to the son John for whom the prayers were?

God bless you in your work for Him.
Susanne

I organise Choral Evensong in a C of E church in London and wonder where I can obtain the SATB music for "E'en so Lord Jesus quickly come". Does anybody know ehere I can buy the music? Michael T

Medium
Recently celebrating its 50th year in print, this breathtaking choral essay is simply one of the finest choices for Advent or general services with a text based on Revelations 22. Conceived for a cappella voices, this is Paul Manz most performed work, and it is equally beautiful if presented with a quiet keyboard accompaniment.
Qty Number Description Level Price
285841
(50-0001) SATB A cappella
See the Music Mp3 Audio M $1.60
3151982
(50-0450) SSAA A cappella
See the Music Mp3 Audio $1.50

I was singing this in my sleep last night as I struggled with the school shootings in Newtown, CT. I awoke this morning and searched the Web for recordings and lyrics and landed on your blog. Your relevant words, written in October 2009, confirm again that God has all things in his sight. Though the words of this hymn, scripture itself, and the carefully planted blog of a stranger, God continues to shine light into darkness and give us what we need to watch and wait. Blessings to you and to those whom you love as you seek God's face this Advent.


I first heard Manz's anthem sung by the choir at mass when I was a grad student at the University of Notre Dame in 1977. Profoundly moved,I have loved it ever since, and like you wish to have it sung at my funeral.