The Best Saved for Last 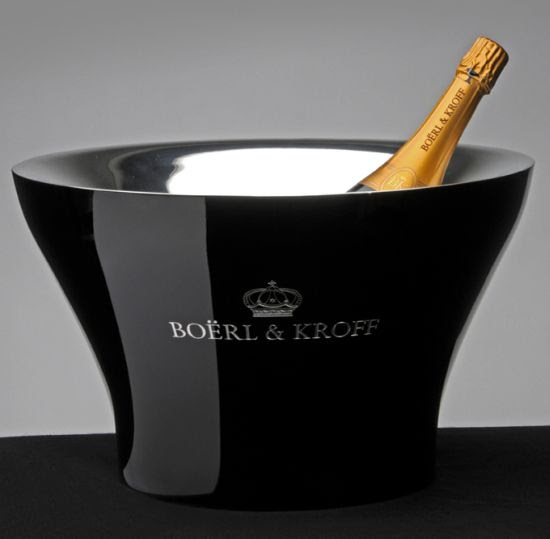 I recall a champagne that advertised, for all the best of times, showing a cork popping for a birth, for a graduation, for a marriage, and then another birth. They were trying to get you to think of them when you had something to celebrate. Wine in Scripture is nearly always tied to joy and blessing – a celebration. Unlike the wine use to forget trouble or drown sorrows, Jesus uses wine as a sign of the Kingdom of God. He frames His ministry with wine – first with the water He turns into the best wine of all and then the wine in the cup of His blood in the Upper Room, which He drinks no more until He drinks it anew in the kingdom. He drinks no more wine after that cup – at least not until He comes again in His glory. Wine has become the sign of His kingdom.

The best is saved for last. No reasonable person ends the celebration with the good wine. Everyone knows that when the mouth has drunk freely the cheap stuff can be slipped in unnoticed. But not God. The God who spoke through many prophets has now spoken through His Son – the best has been saved for last. All the Old Testament people and prophets point to Jesus. When every one had almost given up hope on God, He offers the surprise of grace.

The old covenant has been fulfilled. Its covenant blessings and curses have all been fulfilled so that it no longer stands front and center. A new covenant is born which offers forgiveness and life. This new covenant even brings the surprise of a new people for God to call His own. But in order to see this, you need the gift of the Spirit to bring forth faith in our weak and fearful hearts. Hidden in weakness, apprehended by faith and not by sight, this cup of new wine from old water signals the beginning of God's reign and of the reign of forgiveness, life and salvation.

Jesus is God’s best to us. Like the wine that Jesus made from water, the best that was saved for the end, for the right moment, to usher in the salvation's promise. We may stand waiting for another prophet, but none will come. It is either Jesus or no one. Jesus is God's final Word -- either God will reign from His Kingdom in Christ or there will be no kingdom.

The fullness of heaven’s glory is hidden in this surprise of Jesus. You might think that with all the possible places Jesus could have chosen, this was oddest; of all the possible miracles to do, this was the oddest. But Jesus did not waste His first miracle on some embarrassed couple. Jesus claimed the moment as His, the moment in which He revealed His glory hidden where we least expected it. In this cup of wine is the signal of His reign -- not obvious but hidden. Hidden in the ordinary Jesus displays His glory. No where is that more displayed than in the final cup that boxes Jesus' ministry. When Jesus sets apart bread and wine to celebrate the fulfillment of the old covenant and the start of one brand new one, He shows His grace to us that we might trust it and feast upon it.

He does not expect us to grasp the fullness of its wisdom. He simply bids us come, come and see, come and receive, come and proclaim the surprise of grace hidden where we least expect it. This was a private occasion and a private miracle in that it was hidden and not obvious to most who were there. The Lord of heaven and earth comes to a wedding that unites two families and within this hidden moment is the promise of a wedding between Christ, the Bridegroom, and His people the bride – uniting God with the sinner.

We come to this moment bidden by the Lord who makes this day His own. We come bearing the invitation of grace to witness its surprise of grace hidden where we least expect it. Faith both receives and answers this invitation – just as the disciples of old saw this hidden miracle, rejoiced in its grace, and believed in Jesus Christ and in His reign begun with this miracle.

To the world this is still a hidden moment but the grace of God is never obvious, never where you think, but always where He has hidden it, the surprise of water that cleanses, of words that do what they promise, and of bread and wine that deliver the best at the last, hidden in the taste of bread and in the sip of wine. Wine becomes the sign of the Kingdom and more – the means by which this Kingdom is revealed to the world. And it started with a wedding at Cana in Galilee and Jesus was there.

To a world unprepared for to meet Him, it seems sudden, even abrupt, but His coming is pointed unfolded like a complex game of chess. Though the world is told to get ready for His light, they were lost in the wonder of the moment. They must be jarred into realityto by the words of the prophets.” It is the miracle of grace... water become wine, God become man, suffering become healing, death become life... hidden in these mortal moments is heavenly glory to seek, to save, to redeem, and to restore.

In Cana it was not the wine that was the miracle here but the kingdom which God revealed in the One who changed water into wine. In the cup of Christ we shall all receive, there is the grace of the priest. last of Jesus’ cups, the cup we will receive from in just a few moments, the wine is the miracle, the blood of Christ as our covenant food of forgiveness, life and salvation. In Cana the wine was the sign; in the cup of Jesus’ Supper, it is the Sacrament that delivers the promise to God’s waiting people. In Cana the surprise of grace was hidden but in this cup it is for the life of the world; this cup has become the boast of the Church proclaimed til He returns.
Taylor Vineyards wanted you to think of them when you had something to celebrate – for the best of times. Jesus used the cup of Cana as the first of many miracles that it might be a sign and a symbol of a people too content to live in darkness. Here is the Lamb of God who takes away the sin of the world. We realize that this is the good stuff, the surprise of God that shatters our mundane and mortal world. God does not withhold anythin from us but In the wine of extraordinary character Jesus is revealed to us... first at a wedding in Cana... here at His Table... the Shepherd has come to be a sheep with His people... the God of heaven who puts on human flesh and blood... the Lord of glory who makes His home among His sinful and death marked people... the grave which becomes the portal of life abundantly lived today and eternally lived tomorrow. But nothing is clear until faith sees it and nothing is revealed until God chooses... the surprise of grace and glory hidden in the ordinary.

Jesus went to this wedding at Cana in Galilee not simply to do a miracle but to begin the reign of His Kingdom... in many and various ways God spoke to His people of old but now He has spoken to us through His Son... the surprise of grace hidden in a cup of wine... that sacramental image of this meal should not escape your eyes... For there God begins what is fulfilled here and what heralds that which is to come... So come... come for the best God has to offer... Jesus is here in this place... revealing His grace... reclaiming what was lost to Him... keeping the covenant promise of old... establishing the new covenant of His blood outpoured and poured out for us into a cup, where hidden in the taste of wine we taste eternity. Amen
Posted by Pastor Peters at 7:00 PM