The Old House through New Eyes 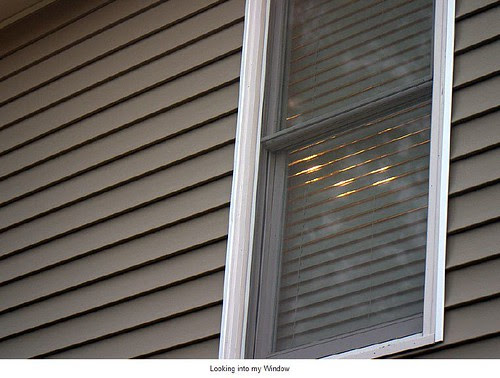 There is an old story of a man who looked around his old house and decided it was old, it needed a lot of work, and it did not seem to compare well to those new houses they were building across town. So he thought he might sell the old place. He put out a sign and eventually a young fellow comes to take a look at the old house. As they walked around, the man felt the need to explain and even apologize that the house was in such bad shape and needed so much work. The young man just listened. Eventually he responded. "This is a good house," he said. "It has good bones, a solid foundation... no, there is a lot I could do with a house like this." The man looked around but he did not see what the young fellow saw. It all depends upon your perspective.

There are many Lutherans who are like this man. They have been Lutheran a long time. They have grown accustomed to this identity but they are not so sure this Lutheran identity is wearing well. They see a lot of problems and wonder how or if they will get fixed. They are so familiar with their old Lutheran identity that they see only its deficiencies and weaknesses and none of its blessings and strengths. They have grown envious of other faiths and are not so sure that being Lutheran stacks up so well against newer and more innovative churches. They are ready to shop around for something newer.

But into this Lutheran house comes the refugee from Evangelicalism or the generic Protestant who looked good on the outside but was pretty much empty on the inside. Into this Lutheran House comes the one for whom sacramental vitality and liturgical worship are new and different. They notice that these Lutherans do not treat Scripture as a book of rules but a book of faith, hope, and grace. They don't get all the theology of the sacraments but they like the idea that Jesus is still embodied with His people, albeit in the means of grace. They see the cracks but they also see that the foundation is strong, the bones of this Lutheran house are strong and good, and that this Lutheran identity needed renewing but not re-inventing.

And there you have our dilemma for today -- one sees something old and tired and the other sees something new and vibrant. We are talking about converts who breathe their new life into the old Lutheran identity. They see hope and promise and the reality of God rooted not in feelings or behavior but in sacrament and Word. They see the surprise of a Word and Sacrament that delivers its promises and does what it says. They see a future when the Lutherans inside only see a past.

Could this be our problem... with mission and witness... with proclamation and identity... with worship and its wars??? Maybe our best hope is with those who carry few of our stereotypes and even less of our identity... With those who long for the taste of Body with bread and Blood with wine... with those who keep the structure and identity but renew its resources of people and power... Could it be that converts see what we do not... are willing to work on what we have surely given up on?

Thanks be to God the Church is filled with these folks and they come to be told the mystery disclosed through the ages. They renew us longtime Lutherans with their questions, answers, perspectives. Thanks be to God for them... and for the life of the world that flows out from them to us and from us to them again. Thanks be to God !!!
Posted by Pastor Peters at 11:20 PM

Spot on, Fr. Peters, my husband and I have been described well as converts hungry for the Body and Blood of our Savior. May God grant through Christ that He use us as you have described!

Aye Pastor,
I've been on the other side of the fence and the grass is oh so much greener here. I think it has to do with faith being all of Him and none of me. I'm just happy that not too many of my brothers and sisters seem to mind my "under the breath" amens during our Pastor's sermons or the sacraments.