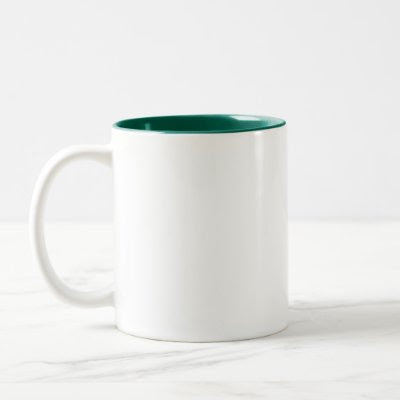 Twice in my 30 years as a Pastor we have undertaking the major effort of a building program.  I benefited from the wisdom of others who had gone through the experience.  One, in particular, told me that it might be the wisest, smartest, thing to do but if there is not a real consensus within the congregation to do it, put it off and build the consensus.  At first I thought it was foolish advice.  Majority rules, right?  But he was absolutely correct.  We waited until there was consensus (notice -- I did not say unanimity but consensus).  There were people who objected the vast majority were behind it and many of the rest were willing to trust the decision of the large majority.  Both projects flourished and have been a blessing in many more ways than simply providing space.

As I heard of the close votes (generally 51-52% for and 48-489% against) most of the restructuring proposals that passed the Synod Convention, I am struck by that advice given to me so long ago... and the stark contrast to the actions take to radically reshape the LC-MS structure.  At this point I am not debating the pros or cons of the options presented, only questioning how the narrow majority will play out in the life of an already contentious church body.

I am no guru of the future and I have no crystal ball.  These BRTFSSG might be the best thing for Missouri since immigration.  They may be the very thing to kick start our Synod away from internal interests and on to the mission at large.  They may save a ton of money and streamline decision making.  They may give congregations an even greater influence on the direction of the church as a whole.  They may cure cancer and find the lost ark.  But they will continue to be cause for division and stick in the craw of the people of this church body if they are adopted by such a slim majority of one or two percent -- in effect 40 or so votes out of 1200 possible!

Some complain about the US Senate and its rule requirements of a majority of 60% to give legislation a go (even though actual adoption may only require a simple majority).  I like it.  I get nervous when things move too quickly or without a broader consensus.  51% may be right in the decision but wrong for the country as a whole.  The same can be said for the Church.

We would have never built a building or called a Pastor (or other church worker) or purchased stained glass or a pipe organ or changed the time of the worship service on the basis of 51%.  Why does our church body believe that a simply majority is enough for changing the structure of our denomination, transforming elected service boards and commissions into two commissions appointed  by the Synod President, merging the functions of all our boards and commissions into those two groups, electing vice-presidents regionally, and making the first vice president essentially a running mate?

Missouri is contentious.  We all know that.  Some of the conservatives are narrow minded people for whom no one is above suspicion except themselves.  Some of the moderates are willing to do whatever they want or desire and resent that Synod means walking together or being concerned about consistency of doctrine and practice.  So what will happen to our already contentious Synod when such radical changes are adopted by the slimmest of majorities?

You got it.  More contentiousness... more division... more bitterness... more politicking... more polarization... and more distraction from the work of the Synod what we joined together to accomplish...  I am not in Houston and I do not know what I can do but pray... but I urge you to pray with me that we do not end up with simple majority decisions that rip the heart and soul from who we are as a church body.  It is too late to turn back the clock but it is never too late to slow down the timetable and suggest that maybe we need to think about the impact of HOW we are making these decisions as well as what decisions we are making...
Posted by Pastor Peters at 7:49 AM

John C. Calhoun wrote a great deal on the dangers of pure majority government and discusses a more sophisticated concept called concurrent majorities. While he was referring to the political realm - it seems that kingdom has already mixed itself a great deal with our synod.

Ayn Rand also wrote in a similar vein saying that individual rights should not be subject to a public vote, and that the political function of rights is precisely to protect minorities from oppression by majorities (and that the smallest minority on earth is the individual).

The problem with Calhoun's concurrent majority is that (as we are discovering in 21st century America) a minority can also hold a tyrannical hold on the majority.

No form of governance is better than the people who form its constituency. The framers of the U.S. constitution knew this and I'm pretty sure the founders of the Missouri Synod understood this as well.

Though I agree with the benefit of and preference for consensus, especially when it comes to voluntarily 'walking together,' there is scriptural precedence to a simple majority over a rather weighty issue: 2 Corinthians 2:6. I, too, long for the day of consensus and pray that the day of simple majority is brief. That won't happen until we're really one in doctrine and practice. Were we one in doctrine and practice, simple majorities in structural issues wouldn't cause the division they do.