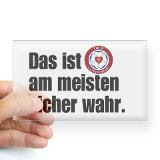 Living in the South brings with it the predominant mode of baptism -- not ours. Believer's baptism, with all of its missing sacramental identity and its focus shifted to the person being baptized, is the norm here. Is it no wonder then that the Lutherans are bombarded with propaganda from those opposed to sacramental baptism and the baptism of infants and small children. I have spoken of this before. What gets me is how easy it is to throw us Lutherans off -- to the point where we begin thinking that infant baptism is a later practice invented by the Church.

If Scripture will not silence its detractors with its own cohesive argument for sacramental baptism of infants, small children, youth, and adults, then we have to ask what did the early Church do with baptism. If the early Christians got it wrong, it must have been wrong from early days... OR, they have it right and infant baptism is exactly the presumptive practice of Scripture that accompanies its rich baptismal theology.

It is a pure and simple historical fact that the Church has always baptized infants. The very earliest Christian documents outside of Scripture speak of the practice which is presumed in Scripture. For example take the Apostolic Tradition written about 215 A.D. which directs the baptismal practice of the Church by saying:

This is neither the first nor the only document of early Christian history that speaks to the baptism of infants and small children but this is explicit in addressing those who cannot speak for themselves and of the parental role as sponsors who speak on their behalf in testimony to the miracle of grace given and bestowed in baptism.

Why, then, are we so uneasy about questions directed to infant baptism?  The church bodies which refuse this practice should be on the defensive for they are the ones out of step with Scripture and tradition.  It seems to me that if we Lutherans can be caught up in doubt over an explicit baptismal practice, consistent with the doctrine of baptism found in Scripture and amply attested in the early Church, well, then, we can be caught up in doubt about anything and everything we believe, confess, and teach.

It is a great sadness that Lutheran doubts can be so easily exploited by those so clearly in the wrong when it comes to baptism.  Theirs is the novel or new teaching here -- not ours!  It should not be.  We should be exploiting doubts in their minds and not the other way round.  This is the tip of the iceberg.  Just weeks ago we took in new members and one of the things asked of them is if Lutheran confession is consistent with Scripture -- the true teaching of Scripture:

P    Do you hold all the prophetic and apostolic Scriptures to be the inspired Word of God and the doctrine of the Evangelical Lutheran Church, drawn from them and confessed in the Small Catechism, to be faithful and true?
R    I do.

I have never had someone say "I don't" but clearly the depth of this conviction is at issue here.  One of the most troubling things about Lutherans is that we too quickly concede the position of Scripture to others and assume that our own confession and faith does not square with Scripture (and tradition).  Clearly one of the areas in which we need to work most is this confidence that our faith is grounded in Scripture, faithful to Scripture, and accurately reflects what Scripture unequivocally teaches.  Period.  In Bible study and catechesis the most consistent questions I receive are those which ask "but what about" the teachings of other churches (here, most likely Baptist, Church of Christ, or holiness groups).  "But..." -- in other words -- can they be wrong and we be right?  Yes.  Period.  This is most certainly true.

Until we address this Lutheran deference and doubt, we will continue to bring people in the front door only to have them sneak out the back door into one of the many stripes of evangelicalism...

Your points on the Lutheran defense of infant baptism are well taken. Nonetheless, I believe you are in the minority of Lutheran pastors who refer to "tradition" in a postive light. I was raised LCMS and taught that tradition was generally bad and formed the basis for much error in the Roman Catholic church. My views have modified over the years regarding church tradition. I wish more Lutherans would rethink the role of tradition in church theology.

Regarding your comment on new members agreeing that the Lutheran confessions accurately reflect Scripture, that's great. But I'll bet most Lutherans have no idea that the Book of Concord even exists. I didn't. My parents didn't. And I was raised in the LCMS. (My parents were converts from Roman Catholicism.) The LCMS needs to catechize their members better.

The average Lutheran, especially in the south, who tries to defend infant baptism is often disarmed from using church tradition and the confessions due to poor teaching.

Thank you for your blog. I enjoy it immensely.

Why, then, are we so uneasy about questions directed to infant baptism?

The lay people do not know. I sat 20 years in the pews and no one made the argument from evidence you just made.

The church bodies which refuse this practice should be on the defensive for they are the ones out of step with Scripture and tradition.

They don't know either. They just trust their teachers who themselves probably don't know.

Dear Rev. Peters, you write, “Clearly one of the areas in which we need to work most is this confidence that our faith is grounded in Scripture, faithful to Scripture, and accurately reflects what Scripture unequivocally teaches. Period.”

You don’t suppose that even some Lutherans might doubt our doctrinal infallibility? After all, we deny it to the Roman Catholics. But of course we are more blessed by God, so we are right.

In that very important matter of Baptism, for instance, why do we insist that it is “water and the Word”, when our Lord told Nicodemus that it was “water and the Spirit”? Does the Word have power of its own, or is it God’s instrument, as St. Paul claims in Ephesians 6:17, when he writes “the sword of the Spirit, which is the Word of God.”? Yes, I know about Ephesians 5:26, but that does not deal with the nature of Baptism. On the other hand, there are many more passages that associate Baptism directly with the work and the gift of the Holy Spirit.

When we read Luther’s explanation in the Small Catechism, do we really understand what it means, or is memorizing the text enough?

“Fourthly.
What does such baptizing with water signify?--Answer.
It signifies that the old Adam in us should, by daily contrition and repentance, be drowned and die with all sins and evil lusts, and, again, a new man daily come forth and arise; who shall live before God in righteousness and purity forever.
Where is this written?--Answer.
St. Paul says Romans, chapter 6: We are buried with Christ by Baptism into death, that, like as He was raised up from the dead by the glory of the Father, even so we also should walk in newness of life.”

This is similar to the text Peter quotes to justify the election of Mathias; it simply does not say what the writer claims it does. The whole concept of “old Adam” is not Biblical inasmuch as it assumes some kind of being that can clearly be separated from us. But our sinfulness and the “mind of Christ” which we have through the Holy Spirit are one, inseparable package. We can only kill the “old Adam” by killing the entire creature. But even more so, Romans 6 speaks about the “one time” dying and rising again out of the waters of Baptism; nowhere does it say we should do it again and again. Nevertheless, we shall indeed “live before God in righteousness and purity forever”, but not because we daily kill the “old Adam”, but because this is what our Lord, by His grace and mercy, promises us when He makes us His own in Baptism.

So maybe we should go a little easy on what we teach being, unequivocally, what Scripture teaches. Maybe we should take our cue from the Psalmist (Psalm 1, 1-2), “1 Happy are those who do not follow the advice of the wicked, or take the path that sinners tread, or sit in the seat of scoffers; 2 but their delight is in the law of the Lord, and on His law they meditate day and night.” Provided, of course that we do not confuse the Law (Torah) with the Ten Commandments, as we do elsewhere in the Confessions.

It is also true that though the Lutheran view (truth) about baptism is the 'high' view, I have found lifelongers who think it a lower view than believer baptism.

Coming from Southern Baptist roots (and being brought up there, and being one officially since age 7), I used to think this way. Now, friends who are still Baptist tell me, "You Lutherans think you're always right." I respond, "You wouldn't want us to think we're wrong and argue like we're right, now would you?"

Why should we have to accidentally stumble on a random LCMS pastor's blog to have infant baptism explained to us in proper detail.

The detailed rationale for infant baptism that Pastor Peters provides is noticeably absent in confirmation and adult new member classes.

Why isn't this kind of information on the LCMS website? Perhaps you could share this information with Rev. Fisk of Worldview Everlasting?