Reject the words and You reject the Word... 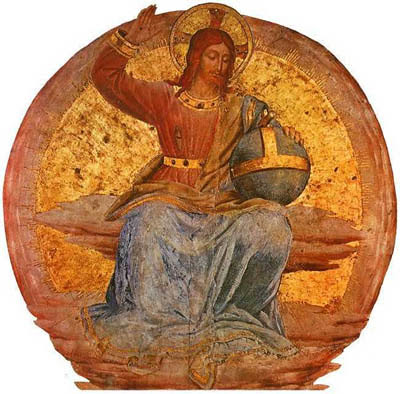 Dear Rev. Peters: I am having a crisis faith involving the topic of your sermon. Here is my story: More than 50 years ago, friends of our family had a baby girl. Soon after she was born it became clear that she had a severe case of Cerebral Palsy. She was spastic, could not sit by herself, could not stand or walk, and could not speak. Today she is in her fifties, confined to a hospital that specializes in treating patients like her. Thanks to the unflagging efforts of her parents, particularly her mother, she has survived to this day, having endured numerous operations and procedures, being the subject of a medical malpractice suit, which her parents won on her behalf, and surviving many infections and illnesses. She is fed through a tube. Lately she has developed a new problem which causes her severe pain.

During all of these years I prayed for her – for the past 20 years almost every day. I never dared to ask the Lord to take her to Himself., but I begged him to relieve her suffering. As of today, she is suffering more pain than ever. If God did not care to grant my wish, I can understand. But hundreds of faithful Christians have prayed for her, and not one was found worthy to have their prayer answered.

The Bible contains about ten passages which assure us that God will grant our prayers. Here is just one, Matthew 7:8, “For everyone who asks receives, and everyone who searches finds, and for everyone who knocks, the door will be opened. 9 Is there anyone among you who, if your child asks for bread, will give a stone? 10 Or if the child asks for a fish, will give a snake? 11 If you then, who are evil, know how to give good gifts to your children, how much more will your Father in heaven give good things to those who ask Him!” I am sure you know all of the other ones. Do I misunderstand them? They seem to be crystal clear; John 14:13, “I will do whatever you ask in my name, so that the Father may be glorified in the Son. 14 If in my name you ask me for anything, I will do it.” Is it because I and the hundreds of others who have prayed for this woman lack faith? You see where this leads? Or is there something about these Scriptures we do not understand? Where they meant for the Apostles only, about whom we know that they healed many and even raised people from the dead?

Is what I have confessed to you the doubt of a stubborn and willful heart? Does this mean I am rejecting the gift, which I have received in Baptism? But ultimately it is not, and I don’t want it to be about me, it is about a child of God who has suffered every day for over fifty years in a manner we cannot imagine. It is about her getting what God has promised. The things we are to ask for are not limited to salvation, because that we have been promised; it is about a person getting a modicum of relief from unspeakable suffering.