What would we find out about Lutheran colleges and universities? 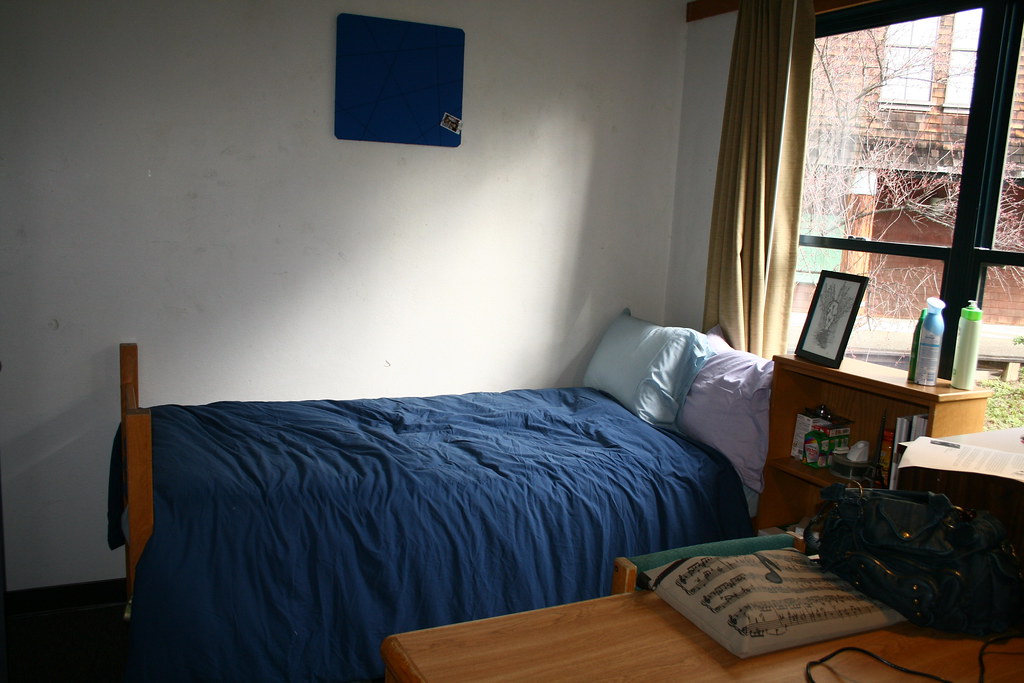 CRISIS magazine has issued a report on the visitation policies of Roman Catholic colleges and universities.  It is an eye-opener.  One fourth permit all night opposite sex visits at least some of the time, most allow it until early morning hours, some have visitation policies rather reasonable for Christian but archaic for modern standards, and a few have caved into the prevailing standards of secular universities where pretty much anything and everything goes.

I am not sure what we might find if the same kind of study were done of Lutheran colleges and universities but I am pretty confident that most ELCA schools would embrace the full allowance of same and opposite sex visits at most any time of the night or all night.  Some allow and even screen to provide same sex and opposite sex partners to allow them to be roommates.  I would expect that Valpo would fall on the open side of visitation policies.  Where Missouri schools stand on this is not certain but well worth a look.  I would not want to predict the results but it is my hope that the colleges and universities of the LCMS have retained at least in policy a semblance of integrity with what our churches believe and teach.  That said, it is undoubtedly difficult on some aspects of recruitment when so many secular schools have abandoned all restrictions whatsoever.  But then again many times the parents of those attending have given up any attempt at rules for what happens at home.

On weekends, 95 percent of Catholic colleges permit at least a portion of the students (usually non-freshmen when specified) to visit with members of the opposite sex in dorm rooms for at least some part of the night. It’s the norm in American higher education, but it’s an extraordinary social shift for Catholic colleges that still retain the language of moral formation and Catholic campus living.

At the University of San Francisco, there is no pretense of promoting chastity in its dorm policies. In addition to having open visitation hours, USF now also offers some students the option to have an opposite-sex roommate. The program for “gender inclusive housing” welcomes students who identify as “transgender,” do not identify as any sex or simply “respect people with the above identities” and “prefer to live” in a gender-inclusive “community.” Students share bathrooms with members of both sexes. And community standards include respecting “gender as a non-binary construct,” openness to developing one’s own sexual orientation and using “preferred names and gender pronouns.”

Catholic Edgewood College in Wisconsin unabashedly condones promiscuity with 24-hour “Weekend Opposite Sex/Intimate Partner Visitation Hours.” The College declares that dorm visits can be for “opposite sex and same-sex intimate partners.” Curiously, while the College permits fornication on the weekend, it states that “intimate partner guests are prohibited overnight during the weekday.”

Edgewood is, of course, an extreme case—and we approached this study assuming that even when Catholic colleges implicitly condone sexual activity by inviting opposite-sex visitation in bedrooms, those colleges would have rules on the books forbidding premarital relations. Sadly, we were wrong. We examined student handbooks and residence life policies, finding that only about one-third of the colleges explicitly prohibit sexual relations on campus. Most of these cite the institution’s Catholic identity or reference Catholic teaching reserving sex for marriage as the reason for the rule.

Better News
Not all the findings in our report are bad. For instance, even among Catholic colleges that offer opposite-sex visiting hours, there are some that set deadlines at more reasonable hours. Donnelly College admirably ends weekend visitation at 10 p.m., and ten other colleges allow it until midnight. The Franciscan University of Steubenville has visiting hours only from 7 p.m. until 11 p.m. on weekends, from 1 p.m. until 5 p.m. on Sundays, and doors must stay open.

Most impressive are the nine Catholic colleges that have retained traditional Catholic mores; i.e., there is no opposite-sex visitation in student residences, save occasional open-house events in some cases. Most of these institutions will be familiar to Crisis readers: Aquinas College (Tenn.), Christendom College, Divine Word College, Holy Apostles College and Seminary, John Paul the Great Catholic University, Northeast Catholic College, Thomas Aquinas College, Thomas More College of Liberal Arts and Wyoming Catholic College. These colleges demonstrate that a culture that promotes chastity can be achieved with appropriate dorm polices as well as educational efforts.
Posted by Pastor Peters at 6:00 AM

Although one may be "pretty confident" for XXXA schools, and "expect" for Valpo, there's no need to fret about not wanting to "predict the results" for LCMS schools. With a simple Google search one quickly finds -

From the Concordia University-Wisconsin Code of Student Conduct (pp. 17-18):

From the Concordia University-Irvine Student Code of Conduct (pp. 10, 11-12):

COHABITATION
Spending the night or living together by members of the opposite sex or by romantically involved people and/or people in a sexual relationship, is prohibited.

PRIVACY HOURS
The primary purpose for privacy hours is to ensure that privacy is maintained within the residence halls. During privacy hours, students of the opposite gender, and/or students that are romantically or sexually involved, are not allowed to visit inside residence hall rooms/apartments. Privacy hours are as follows:

It should likewise be easy for anyone interested enough to write an article like "What would we find out about Lutheran colleges and universities?" to find out the visitation policies at the other Concordia universities, colleges,... and seminaries.

Duh... Mr. Vehse, the article barely mentions the LCMS but does ask about Lutheran colleges and universities in general and the quotes are all from Roman Catholic schools so it is hardly like the focus is in Missouri schools...

Duh... Anonymous, the article does significantly mention Missouri Synod schools: "Where Missouri schools stand on this is not certain but well worth a look.... it is my hope that the colleges and universities of the LCMS have retained at least in policy a semblance of integrity with what our churches believe and teach."

And the title's reference to "Lutheran colleges and universities" is to what?!?

Certainly the passing mention of XXXA schools and Valpo amounts to nothing more than some Lufauxran comic relief.

Oh, a bunch of old people fretting over what college students are up to in their dorm rooms. Perhaps a little envious that they were not permitted to have their sweeties to visit them back in their own college days in the 1950's?
Grin.

Reminiscent of the days when Publisher Paul was leaving his ad hominem droppings on various Lutheran blogs.