The Sermon and Intecessions in the Divine Service. . . 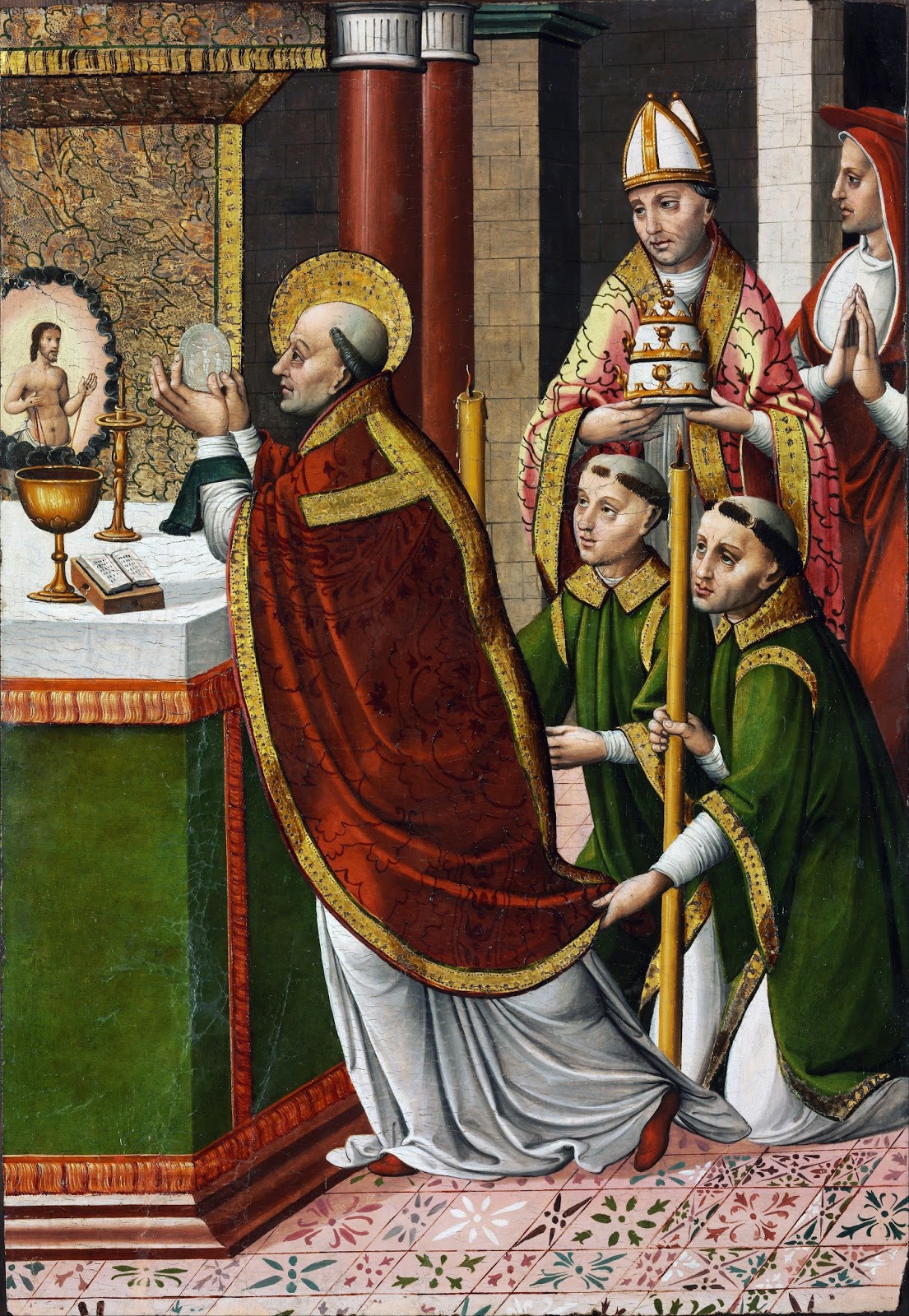 There are those in Rome who often complain about the problems of post-Vatican II liturgical tinkering (and rightly so) but some of those critiques give us Lutherans indigestion.  Some find the whole idea of a homily (sermon) to be an intrusion and distraction within the Latin Mass.  It is as if the Reformation really does need to be fought again.  For example, some believe the homily is not a part of the liturgy.


The homily already threatens to disturb the liturgical flow, because it represents more the temporal human axis of liturgy, but a good homily need not last for more than a few minutes, and if it is truly good, it has whetted the soul’s appetite for the Bread of Life through pondering the Word of God.

I would suggest that this is something that hardly needs to said of many Roman Catholic preachers and their homilies.  It is clear that this homily is hardly more than a commercial moment for the latest parish program or a disjointed series of pious notes on how to be pious instead of a serious attempt to address the people with the Word of the Lord from the pericopes.  It is here that Lutherans have credibility in their claim to be catholic in doctrine and practice.  Homilies began as serious sermons -- Biblical, catechetical, and doctrinal as well as consistent with the liturgical setting of the Divine Service.

A second area of disagreement lies within the role and purpose of the general intercessions in the Mass.  The Roman Canon is replete with petitions that parallel if not repeat the general intercessions of the Mass.  This is certainly true.  It is unnecessary to establish a separate part of the liturgy for them as long as one retains (as one should) the Roman Canon, with its beautiful intercessions for the Church, the Pope, the Bishop, priests, and the people, and, after consecration, for the faithful departed.  Now, speaking as a Lutheran without the petitions of the Roman Canon, I can see where this duplication might be seen as distracting.  On the other hand, it is somewhat strange to hear prayer itself being seen as disjointed or disconnected from the liturgy.  Perhaps the problem here is as much with what passes for prayer as the idea of the general intercessions.  I would certain echo the critique that prayers are too often either too general to be praying for anything or so specific as to risk being irrelevant to the general congregation.  The motley collection of petitions, usually poorly written and even more poorly read, disturbs the natural flow of the liturgy not because the intercessions exist at all but because we have forgotten how to pray.  Such a defect is best solved not by removing the place for intercessions within the liturgy but spending some time and effort into writing those prayers to be worthy of the words and shape of the liturgy around them.

Lutherans have their own liturgical messes but some of our problems mirror those of these Roman Catholic critics.  On the one hand we have Lutheran preachers who see the liturgy as basically prelude and postlude to the sermon.  They treat the sermon as an intentionally disjointed element of the Sunday morning service.  Free texts in place of the lectionary and sermon series that pay scant attention to the Sunday or the Church Year have left people with the distinct impressions that the sermon is the real high point of the liturgy (not even the voice of God in the Word or the flesh and blood of Christ in the Holy Communion can displace the sermon from its perch as the greatest moment of the Lord's day).  On the other hand, we also have Lutherans who treat prayers as announcements and who pray as if it were the greatest sacrament.  The whole enterprise of preparing intercessions for use in the Divine Service is created in part because so many pastors are strangers to the great treasury of prayer in the collects.  Crafting prayers that help us pray is not an easy task and is best learned from the tutelage of those who prayed before us.  If pastors find it hard to craft such intercessions or who are unwilling to learn from the collects, perhaps it is better to use a well crafted series of intercessions crafted by others.  My point is that giving attention to crafting the intercessions is an important component of preparing the Divine Service -- just as the task of preaching a sermon that flows from and back to that Divine Service is itself part of the overall homiletical task.
Posted by Pastor Peters at 6:00 AM

It should all come together and be interrelated as part and parcel of worship....Liturgy, prayer, hymns, Gospel reading and Epistle lesson, a topical sermon, the Lord's Supper, closing hymn......so why do we spend so much time debating everything? Perhaps, we might consider not trying to squeeze it all into one hour....maybe an hour and a half would be a great staring place.