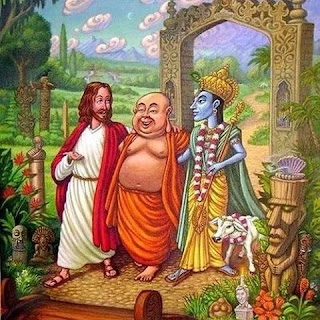 Religion that refused to be respectable was blamed for all sorts and kinds of things -- from the downfall of empires to the start of wars to all the injustices that plague societies and peoples.  Soon salvation was the right of all and sin does not matter so much.  The principles of love and self-actualization became the driving force behind everything.  And the promise was that by jettisoning doctrine and morals, people would be free to be united and to live positively to their chosen fulfillment (as long as it did not infringe upon the myths the under girded this utopia or harm others).  Overall, the point was to rescue humanity from itself and from the ruination caused by religion.

Protestantism was the first to embrace the role of respectable religion.  It characterized the Biblical facts as mere legend and made the history secondary to the esteemed principles of an enlightened society.  When fact and history were set aside in favor of generic ideals, the seeds of our modern day dilemma were already sown.  The results may be new but the direction was already there when Adam and Eve became symbolic figures and creation became a fairy tale.  Instead of salvation, the fight was about how much or how little of Scripture was truth and whether that mattered at all.  It did not take much more to surrender the eternal for the present moment, cleansed of any embarrassments of the past.  It was a short trip from there to a full embrace of any sexual desire and gender identity.  And from that we got the spiritual but not religious outcome that has hijacked church and culture today.

Rome took a longer and more intellectual route but it came along.  In the wake of Vatican II, unbelief was no impairment to salvation and intention took the place of faith.  There was no wholesale loss of memory over what had been believed but simply the primacy given to a pastoral application of the past.  The dignity of the individual, the improvement of the condition of the worker, and the integrity of desire provided a foundation for Rome to follow Protestantism, but in a more refined and philosophical way.  The end result is that some find it hard to distinguish the cause of the unborn from the support of the poor -- as if they were functionally equal in urgency and weight.  Truth telling was no longer the distinctive role or mark of Scripture or the Church and political ends became as much the focus of popes and jurisdictions as the salvation of the soul.  It did not take too long to find that cozying up to political leaders came at the price of accepting their divergence from Roman Catholic faith and practice but that was and is a small price to pay for influence.  It was this way as soon as a pope put a crown on a king and it remains that way today -- what to do with a Biden and Pelosi are not modern day questions but what Rome has dealt with over the centuries.

Maybe I am a fool and an old one at that but damn that respectable religion.  Maybe the terrible state of Christendom is due to the fact the we have chosen respectability over faithfulness too often and for too long.  Christianity has always been a scandal.  Jesus knew that the warned us of it but we have forgotten His words and tried to find the easier path of accommodation.  There is little danger of being hauled before magistrates and rulers if all we have to say is a faint echo of the world around us.  The only problem with truth defined by opinion poll is that the Church is rendered unnecessary and Scripture unessential.  It is no wonder the pews are empty and emptying.  Perhaps there is still time to rescue the faith from obscurity and to be true to Christ no matter what happens.  If that is the case, the Church must stop acting like a business seeking market share or consumer satisfaction and begin to preach in season and out of season the one eternal Gospel.  Church leaders must stop acting like administrators and politicians and begin being bishops accountable to God.  Pastors must give up pandering to the changing whims of preference, the busy schedules of work and play, and proclaim the whole counsel of God's Word.  And the people in the pew must give their leaders prayerful and financial support so that the Church does not repeat the mistakes of our past and give up when the going gets tough.