Addition is different from subtraction. . . 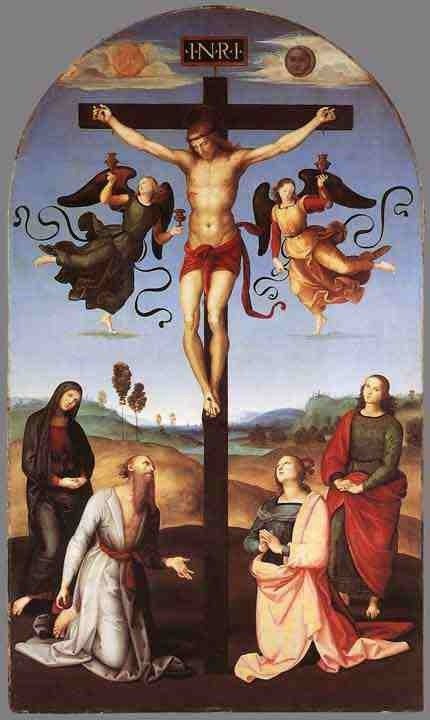 Every now and then someone will complain that those who add to the printed orders of the hymnal are, in essence, no different from those who write their own "liturgies" that may bear little or no resemblance to the ones in the hymnal.  In fact, there are those who insist that some liturgical types (like me) do a grave disservice to the cause of unity by adding into the Divine Service of the current hymnal what may have been part of another hymnal structure or Lutheran liturgical history.  It has been said, by some, that adding to what is there gives to those who subtract a license to deprive their people of the liturgy and therefore become strangers to their own tradition.

The Divine Service orders printed in the hymnal are not maximums to be followed -- you can go this far and no further -- but rather minimums.  This is at least what the Divine Service is.  To add to what is there does not in any way destroy what is there -- here thinking the additions and are not simply whims of fancy by the Pastor but the restoration of things lost from the Divine Service over time (and generally due to the pressure of the Protestants around us).  I will painfully admit that for too long we Lutherans have seen the liturgical settings of the various hymnals as a starting point from which the Pastor may carve out less than the full measure of the Divine Service.  We drop things we don't like, we cut things for the sake of time, and we remove items so that we can spend more time preaching.  This has been how the service has been seen for many years -- way too long to chronicle here.

Long before there was an official rite for it, we added ashes on Ash Wednesday (crafted from the historical rites).  We have added a sanctus bell even though there is no provision for it in the LSB rubrics.  We have added one of the Eucharistic prayers (generally from Worship Supplement 1969 or reconstructed from the deconstructed Eucharistic prayers used to fashion the prayer of thanksgiving in LSB or LW or even distributed to parts of the intercessions of the day).  We have added the Benedicamus before the Benediction to the Divine Services in which it is missing.  We have added the dismissal at the end (Go in peace to love and serve the Lord'Thanks be to God).  Nothing of these diminishes the rite existing in LSB.

Addition is different from subtraction.  The addition of parts missing in the current rite is a restoration of our own liturgical past and does not detract from what it printed there on the page in the hymnal.  Subtraction is far different.  For too long we have seen the printed orders in the hymnals of our church as fully optioned out maximums from which those with simpler tastes may delete some of those things to fit taste, preference, time constraints, and "style".  I would say just the opposite.  The rites in the hymnal are the minimums, the basic version of the Divine Service.  Options added to what is already there is fulfilling the Augustana insistence that we do not violate the tradition of the church catholic nor do we observe the mass any less in piety, form, or content than our opponents.

The burden does not lie with those who add to what is present in the Divine Services printed in the hymnal but upon those who either start there and omit some or most of what is printed OR those who do not start there at all but who craft their own "liturgies" week after week.  Addition is not the same as subtraction.

Following the hymnal to the letter is often not following the rubrics at all.  There are implicit variations in the Divine Service that are meant to distinguish a Sunday in Advent from one in Christmas and a Sunday in Lent from one in Easter.  It takes work to know the Divine Service, the options inherent to the order, and the ebb and flow of the Church Year that shape the choices from those options.  It is easier but a failing to the liturgy to simply open the book on Sunday morning and follow it through without noting these intended changes.  Those who fail to note the rubrics and understand the reasons behind those rubrics are just as blind to the richness of our liturgical tradition as those who ditch it all in favor of something more modern, relevant, and entertaining.

I tire of those who suggest that what we do here in adding back into the Divine Service what was there as being the same as those who do not follow it at all.  It is not the same.  It is dramatically different.  The cause of the liturgical service is hindered by those who follow the book without bothering to understand the rubrics and the impact of the Church Year upon the order itself.  The variety within the liturgy IS important to the liturgy.  Growing up there was not an ounce of difference between a Sunday in Advent, Christmas, Lent, Easter or after Trinity.  This "dead" understanding of what was in the book was in part the reason why some decided to do their own thing.  Adding to the Divine Service is NOT doing your own thing when what is added is part of the liturgical heritage and legacy of Lutheranism.  The recovery of the catholic form and content is the premise of Lutheran liturgical change -- at least according to our Confessions.
Posted by Pastor Peters at 6:00 AM

Then why spend the money to purchase hymnals? Sounds like you know more about the liturgy than the writers.

Who then should study the history of liturgy, hymnology, exegesis, homiletics, etc. if not the called and ordained servants of the Word? Adding back in those things that have been temporarily misplaced is a horse of a different color indeed.

"Growing up there was not an ounce of difference between a Sunday in Advent, Christmas, Lent, Easter or after Trinity."

Growing up, I was taught the use of the Introits and Graduals of each Sunday in the Church Year, as well as the Proper Prefaces for each Sunday, as printed in The Lutheran Hymnal. TLH was lay friendly. I well understood the differences between a Sunday in Advent, Christmas, Lent, Easter or after Trinity. LSB, while noting the Scripture of each item in the Divine Service, fails to provide the above to the laity. Yes, one can purchase "Lutheran Service Book Propers of the Day", and have all of the Introits, Graduals, readings, Collects and Verses, but The Proper Prefaces are not available to the laity, as they were in TLH.

Our pastor is vested in alb, stole and cross. We use LSB Divine Services One, Two, Three and Four as printed in LSB. We celebrate Holy Communion every Sunday.

I was confirmed in 1956, and I've never found a problem in discerning the difference between the Divine Service of the season of Advent, Christmas, Lent, Easter, Pentecost/Trinity, all thanks to a pastor who taught his confirmands how Introits, Graduals, Collects and readings showed us those differences. Rev Thaemert taught us how to make each Sunday alive using what was there in TLH.

And when during Josiah's reign they found the book of the Law, do you think the Israelites complained about the changes in their liturgy?

We are Israel in more ways than one.