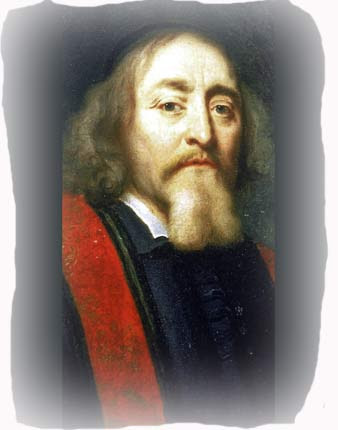 I was reading some notes from the Ft. Wayne Symposia and came across another gem, this one by Dean Wenthe. If I quote him wrongly, it is because my notes are rather difficult to read. In writing about the sacramental and eucharistic character of the Old Testament he said, "Pietism changed the Lutheran perspective to the Old Testament as a parched desert of Law dotted by occasional oases of Gospel..."

Prior to that characterization, Lutherans saw the Old Testament as a rich fabric of Gospel as well as Law. Wenthe went on to list just some of the sacramental signs in the Old Testament that are rich with Gospel. He quoted Hugo saying that a sacrament is an external element representing spiritual grace and confering what it signs. So in the vein we have the burning bush, the ark, the dove sent forth by the ark, the pillar of cloud, the pillar of fire, water springing from the rock, etc... Some of these have their sacramental character confirmed by New Testament authors ("Fathers under a cloud" or " ark and baptism" or "drinking from the rock" or "eating the manna").

According to Wenthe, it is not that God did not use sacramental signs in the Old Testament but now uses them in the New. Rather it is more that in many and various ways God provided sacramental signs of old... but now He has given us the one sign or sacrament that is Christ...

The main difference between the Pietistic Lutheran school and the orthodox Lutherans arose from the Pietists' conception of Christianity as chiefly consisting in a change of heart and consequent holiness of life. Orthodox Lutherans rejected this viewpoint as a gross simplification, stressing the need for the church and for sound theological underpinnings. Pietism had its greatest strength by the middle of the 18th century; its very individualism in fact helped to prepare the way for the Enlightenment (Aufklärung), which would take the church in an altogether different direction. Yet some would claim that Pietism contributed largely to the revival of Biblical studies in Germany and to making religion once more an affair of the heart and of life and not merely of the intellect. It likewise gave a new emphasis on the role of the laity in the church. Pietism and the Prussian Union were the direct causes of the birth of the Saxon migration that would become the Lutheran Church-Missouri Synod.

Wenthe's powerful paper challenges this common notion. He would remind us that if we see the Old Testament primarily as as Law it ultimately renders God schizophrenic. Can we accept such split mind of the God who made all things and redeemed them -- and us -- by His Son? Or is it more credible to consider that the Old Testament and New Testament speak together the one mind of God and that both include elements of Law and Gospel woven into a rich fabric well ornamented with sacraments?

Part of this is the old debate about the Old Testament prophecy and its fulfillment. Funny thing is that if we look at the way the New Testament authors deal with the Old Testament, we find that they appropriate the Old Testament as Gospel, as proto-Gospel, and are not so careful as we might think in the way they see the Gospel and sacramental signs throughout its many pages. Once again, we are reminded that Scripture is no neat little package with all loose ends tied up and laid out in a carefully organized system. Scripture is messy. There are loose ends and things that do not fit together into a seamless package. This is both because of the limitations of human language to speak the Word and Truth of God and because God offers us a revelation of Himself and not an encyclopedia of information about Him and His creation.

To be true these Old Testament sacramental signs are temporary sacraments -- as opposed to the Sacrament of Christ. But even the New Testament sacraments are not practiced eternally. The baptism which initiates is an accomplished fact when the fulfillment of all things is come. The Eucharist gives way to the Marriage Supper of the Lamb -- the meal for which the Eucharist is both foretaste and prelude. Christ is eternal.

It gives new perspective to the fact that Pietism was not some minor movement that tried to put a heart in the head of orthodoxy. It was a radical and distinct break both with the exegetical and sacramental Lutheran past. We have been struggling with this since Spener and Francke and von Zinzendorf. I say this not to disparage all that Pietism was and is but see how this movement unhooked us from much that was our past and our identity as Lutheran Christians. We have spent a great deal of time and energy looking back to see the character of Lutheran exegesis and liturgical theology prior to Pietism and reclaiming this wonderful and rich heritage. Wenthe gives us encouragement that there is much that awaits us as we work through this process...
Posted by Pastor Peters at 5:06 AM

This is the great discovery that my husband and I made during our passage through Presbyterianism (from Baptist to Lutheran). There is a wonderful saint, now with the Lord named Edmund P Clowney. His books 'Preaching Christ in All The Scriptures' and 'The Unfolding Mystery' helped us in our journey out of the pietism you describe.

Christ in all the Scriptures (along with things like confessional identity and the loss of the Liturgy in many church congregations)is a truth that needs recovering today.

Wenthe's powerful paper challenges this common notion. He would remind us that if we see the Old Testament primarily as as Law it ultimately renders God schizophrenic. Can we accept such split mind of the God who made all things and redeemed them -- and us -- by His Son? Or is it more credible to consider that the Old Testament and New Testament speak together the one mind of God and that both include elements of Law and Gospel woven into a rich fabric well ornamented with sacraments?

How ironic -- that is actually also the position of the RC since Vatican II.