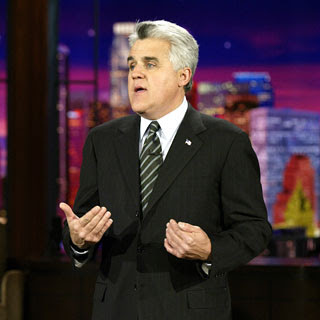 One of the things I dislike about the Lutheran Service Book (or about any hymnal) is that often it detours from old and familiar word patterns.  It is not that I have a particular issue with some of the wordings in the liturgy, collects, etc. (well, that's wrong, I do with some) but that most of the time I have grown accustomed to other wordings and so, if my eyes glance away from the page as I am speaking, the old forms come out.

It is the same way when it comes to the pericopes and particular versions.  I like lively hope in First Peter and I like I am persuaded in Romans.  These things have become familiar to me by use and sometimes I cannot help myself.  It is for this reason I often slip up and go into King James on Christmas Eve while reading Luke 2.  It is nothing particular against what is printed but a stronger voice within me that cries out to be spoken.

Now don't get me wrong -- I am not adverse to change.  Sometimes I think it is well past time for us to learn a new version of the Our Father and to let trespasses be sins and holy be God's name.  I wonder why we welcome so many other changes and hang on to this.  Again, this is not a point I am pushing -- I am relatively content either way.  Part of me wonders how many more centuries we will isolate the language of the Our Father more from the conversational vocabulary of most folks.  But even as I am content with the Our Father as is, I am also curious about the lifespan of certain turns of a phrase.

Which brings me kind of to a point in all of this.  In one sense no particular version of Scripture of setting of the Divine Service is fully embedded in anyone's mind.  We have cross fertilized to the point where we are multi-lingual in liturgy and in Scripture.  At times I find myself pasting together old and new and varied translations of Scripture and settings of the Divine Service into one thought.

I understand why for example, my mind continues to say "And also with you" even though in my heart I want to learn "And with your spirit."  Or, why I continue to use several of the Eucharistic prayers (of Worship Supplement, Hymnal Supplement 98, LW, and LSB) even though part of me likes the idea of one canon of the mass. Or, why I find it harder than ever to speak from memory familiar words that have undergone several versions in succeeding translations of Scripture or editions of the Divine Service.

I vividly recall the noonday Eucharist around the altar in Kramer Chapel at the old Senior College -- especially when Dr. Walter Wente presided.  His eyesight being rather bad, the texts were not exactly rendered as written though often undeniably eloquent.  He could quote Edgar Goodspeed word for word or Irenaeus paragraph by paragraph but sometimes the word patterns of the ancient fathers were so entrenched in his mind that the words of the page had to give way.

It is not a bad thing -- it just is.  Such inadvertent lapses are hardly problematic except by the rubric police who insist that it must be word for word as printed.  Such is the domain of how language in worship changes... a mix of the old and a blend of the new that together becomes the current song of the Church, owing to its heritage in the past and even now shaping what the future will be.  This is a fluid process and not neat, step by step process of change.  We move the way a river does... carrying with it the water from its source while being added to by every rain and stream and brook that empties into the mighty course.  We need to be accepting of this even as we need to be careful that it is not wholesale adaptation or ad lib monologue of the MC that takes over and renders the texts themselves unrecognizable...

Just a few thoughts after a few flubs last Sunday...
Posted by Pastor Peters at 6:16 AM

The rubric police of history reward and punish a man's deeds, but the divine eternal righteousness of God tries and judges his heart.

I hear you, brother. I kept tripping over Revelation 7:14, transitioning from 'these are they' to 'these are the ones,' just runs against the grain.

a stellar post, as always, pr. peters -- and the last sentence just makes it a bona fide classic. thank you!

i'm not even that old and i have the same problems. it's hard to stick with one thing these days.