Women Pastors... Stories of Women Who Left the LCMS 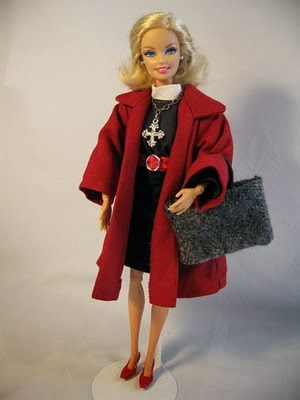 I really do not know how I stumbled onto the link.  It was not by design.  Curiosity got the better of me and I read a few of the stories.  I was expecting a certain kind of story and, for the most part, I was not disappointed.  I read three stories and they were very much alike (not in the person of the author but in the way they treated their time in the LCMS).  Inevitably, the villain was the LCMS, a church caught in a 1950s time warp, two-faced, deceitful, arrogant, rude, and manipulative.  In contrast, their move to the ELCA led them to find open minded folks who were more than tolerant, they were accepting.  They opened doors that the LCMS had closed.

You can visit the site for yourself and see if my characterization is on target.  In the interest of full disclosure, I realized I had known two of the Pastors described unfavorably in two of the stories.  I did take the characterizations personally and would challenge the accuracy of their description in these stories.  On the other hand, it was remarkable how I saw that my own pastoral practice would be judged similarly.  Example:  One complained that their mean old LCMS Pastor did not grant them a transfer to a non-LCMS, even non-Lutheran congregation.  It is LCMS standard practice not to transfer but simply to release those who join a congregation with whom we are not in formal fellowship.  That is my practice.  Shockingly, the Pastors of the LCMS (which does NOT ordain women) disparaged these women from pursuing theological training designed to lead to ordination.  I would do the same thing.  So what did these women expect?  Would they assume that an LCMS Pastor would promote the ordination of women and encourage them to pursue ordination knowing that the LCMS was not close to even considering the issue much less approving it?  What kind of two faced Pastor would I be if I actually encouraged a woman to pursue what I knew was not possible within the LCMS?

I could go on but I won't.  My point is this.  If the LCMS and its clergy affirm their own stated position, they are being bigoted, presumptive, arrogant, and rude.  That seems to be the standard line in the stories.  In other words, the only good LCMS Pastor is one who is at odds with his own denomination's stated doctrine and practice.

The common thread in these stories is shock and surprise that the clergy of a church body would actually believe, confess, and teach in accord with that church body's stated doctrine and practice.  How shocking is this, really?  Is this not the assumption -- fair and honorable -- that one would make of any clergy or congregation -- that they are in accord with their denomination's stated doctrine and practice?  I am not talking about little things here but major areas of doctrine and significant aspects of the practice that defines our walking together.

In other words, in order to be open to the Spirit, faithful to the Lord, and true to myself, I would need to believe and live in conflict with my chosen church body.  How tenable is that?  Most of the stuff I read in these stories I can dismiss without a thought but I cannot get over the idea that the only good Lutheran is one who believes and practices at odds with their Lutheran jurisdiction.  What a sorry state we are in when such is the inevitable conclusion we must make!
Posted by Pastor Peters at 6:00 AM

Today, it is considered shocking, even extreme, for anyone to actually hold to a previously stated belief. Everything, and I mean everything, is just simply assumed to be up for grabs. People are simply severely jarred to discover that this is not the case. They have been taught, and fully believe, that the only thing that is rigid and solid is a fossil. They know absolutely nothing of the constancy of God.

Spoiler alert: I'm a woman with seminary training (not LCMS - or ELCA; Baptist). I went to school to study Theology, not crusade for women in the pulpit. I saw he men around me (there were only 7 women) not as competitors. They were not enemies trying to keep me down.

I have had many conversations with women who are in no way planning on attempting to rock the world as pastors. However, the problem goes way deeper than just the desire for the "starring role" in the Chancel.

There are scads of women in the pew who think women OUGHT to be allowed to be pastors. I am talking about women in LCMS pews.

The usual argument of things being different in our modern age, women's abilities equal to men's, etc. have been explained to me many times. My one question to these women is, "So you're saying you don't believe in Scripture?"

God does not change. If we somehow think our society has outstripped not only Paul, but God Himself (poor God, he's just not 'with it' anymore), we are not paying attention to what we are implying.

A good historical document to read about the liberals' efforts in the LCMS to get women ordained and the connection to the LCMS doctrinal change permitting women to vote in church assemblies is "Contending For the Faith: An Historical Case Study Of Doctrinal Change Within The Lutheran Church - Missouri Synod" by Dr. Laurence White, Texas Confessional Lutherans Free Conference, Brenham, Texas, 9 September 2005.

Of course, there is also President Harrison's book, Women Pastors? The Ordination of Women in Biblical Lutheran Perspective.

I've heard of Lutheran pastrixes converting to Catholicism after learning that WO is unscriptural.

BTW, good post. I too think it's absurd for a LCMS pastor to be at odds with his own Confession. And absurd to harshly criticize a pastor for upholding his denomination's confession.