Does it really cost too much??? 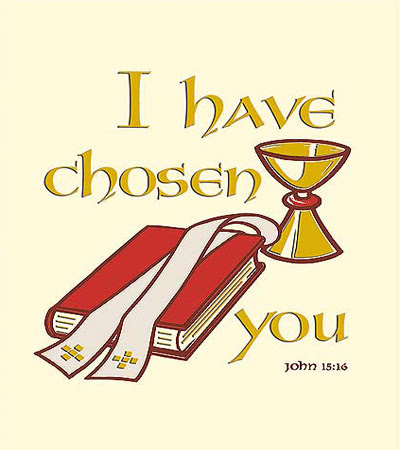 A Wisconsin reader sent me a link to a series, part one of which is quoted here, on the resurgence of priestly vocations in the Diocese of Madison, in which the previous number of 6 has exploded to 33!  Bishop Morlino must be doing something right.  But my interest is in another aspect of the article -- the cost of preparing a seminarian for ordination.

As number of seminarians surges, Madison diocese seeks $30M to fund priest training Midway through the Sunday Mass at St. Joseph’s Catholic Church in Dodgeville, the service took a sharp turn toward fundraising.  Monsignor Daniel Ganshert, the parish priest, told parishioners that for years, people in the Madison Catholic Diocese had been praying for more men to be called by God to the priesthood. The Holy Spirit has responded, Ganshert announced jubilantly.

There are now 33 seminarians, or priests-in-training, up from six in 2003 when Bishop Robert Morlino arrived. But that increase comes with responsibility, Ganshert said. The diocese needs $30 million to educate current and future seminarians — “a serious chunk of money,” he acknowledged. Ushers distributed pledge cards. The assembled were asked to dig deep.  The same scene is playing out across all 134 worship sites in the 11-county diocese. The effort, which began last fall and will continue through the end of this year, is the first diocesan-wide capital campaign in more than 50 years.  So far, the faithful have responded with vigor. Although the campaign has yet to expand to all churches, parishioners already have pledged more than $28 million.

“I couldn’t be more pleased,” Morlino said in an interview, giving immense credit to the diocese’s 110 priests who’ve been rolling out the campaign in their parishes. “They love the priesthood and they love the church, and this is the Holy Spirit working through them.”

A priest’s training, called “formation,” doesn’t come cheap, and the diocese picks up much of the tab.
The diocese declined to pinpoint a per-seminarian cost. But back-of-the-envelope calculations, based on interviews and available data, suggest the diocese spends $250,000 to $300,000 to train each new priest, figures diocesan officials did not contest.

There are certainly those who would say "too much" and voices have probably been raised insisting that there must be a cheaper way to mass produce priests.  That is exactly what we have heard over and over again in Lutheran circles.  Is seminary really necessary?  Why not online training exclusively?  The training of pastors takes too long, costs too much, and places an impossible burden on the church and the candidate...

I would expect that a quarter of a million dollars is not far off from the average cost of preparing a candidate for orders in the Lutheran Church-Missouri Synod.  Yes, it is a lot of money.  Given the usual 40 year career of service to the Church, it works out to be about $6K per year.  My own parish spends that much on utilities alone in a month or two!  So, if we are willing to spend that kind of money to keep ourselves warm in winter and cool in summer and to make sure there is running water and sewage costs are covered, why are we unwilling to spend that kind of money to provide a well trained pastoral presence in our congregations?  Why are we "cheap" when it comes to the ministry but spend what it costs to keep us comfortable when we are in church?  Is this not a matter of misplaced priorities?

The training of pastors for the church is expensive.  This is not because our seminaries are wasteful or our professors over paid or because the campuses extravagant.  This is because the money we invest in preparing those who will wear the yoke of the stole and act in persona Christi on our behalf is money well spent, wisely invested, and correctly prioritized.  We may not be able to afford the training we now give to those preparing for the pastoral office but we surely cannot afford less training?  This is important work.  This is an important office.  Those preparing and forming men for the pastoral office are doing some of the most important bidding of the church.

I have repeatedly pleaded for the church NOT to finance pastoral education on the backs of the pastors and their families.  Yes, they should bear some of the cost but they are doing the Church's work on our behalf.  We need to step up to the plate on this and invest the funds necessary to fix this broken system.  BUT what is broken is not the expectation that our pastors will be well trained, thoroughly vetted, and commended to the congregations with confidence (within the bounds of human frailty).  If it costs that much to do it right, then that is what it costs, that is what we need to expect to pay, and we should rejoice that there are those whom the Lord is raising up to serve His people and His church in this way.

Some of you will argue with me on this but I think this is one area where we cannot afford to be penny wise and pound foolish.  If this is what it costs, then the only real question is whether we value the ministry high enough, esteem the office that delivers the Word and Sacraments to us as noble as God wills it, and are ready to put our money where our mouths are.  I think there is much to compare in this discussion with the example of the expensive oil that the disciples resented being wasted upon Jesus.  We are preparing men right now who will deliver the gifts of God to His people long after many of us are gone.  The forgiveness of sins that came to us at no cost was certainly not cheap -- it cost Jesus His priceless blood shed on the cross.  We cannot afford to be cheap with the preaching office that delivers this saving Word to God's people and to those who have not yet heard.

The rising seminary tuition cost is part of the overall explosion in college and university tuition costs. Excerpted from an October, 2013, USN@WR article, "CHARTS: Just How Fast Has College Tuition Grown?":

"According to data from the Labor Department, the price index for college tuition grew by nearly 80 percent between August 2003 and August 2013. That is nearly twice as fast as growth in costs in medical care, another area widely recognized for fast-rising prices. It's also more than twice as fast as the overall consumer price index during that same period."

Although the growth rate of college tuition is slowing, the article notes it is "still growing faster than household incomes," as seen in this graph.