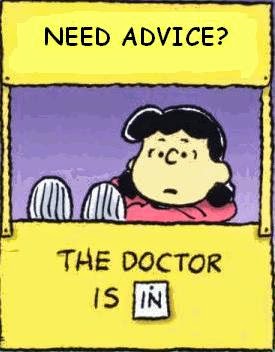 In the same effort to clean off the top of my desk that produced another odd piece from The Lutheran, I encountered this advice from a January 2010 advice column featured therein.  The question was a familiar one.  My family hasn't been to church in many years, but we are starting to come back. During worship, my two teenagers take communion.  They've been baptized but never had an official first communion class.  Are they breaking the rules?

The Lutheran Mom who advises began by welcoming them back.  Nice touch.  But things went down hill from there.  There is no better way to celebrating your family's return to church than by sharing the bread and wine of communion within a community of faith.  Oops.  In other words, sure, y'all come.  Its all good.  It don't matter.  No big deal.  But it is.

Apparently the teens had not been instructed in any way -- not a first communion class nor catechism.  So did they had a clue what they were taking?  The liturgy informs but were these teens coming as believers desiring the gifts of God or were they following everyone else getting up and heading to the altar?  Wouldn't it be better to advise the parent to talk to them first (before communing at all) about what the Sacrament is (got a catechism anybody), what the teens understood on their own, and where they might connect back into the larger issue of catechesis (either youth catechism class or new member class)?

The answer talked about no blanket rule about how old or how educated the communicant must be to receive the Sacrament in the ELCA.  That is accurate.  There are infants being communed regularly in the ELCA and there are parishes in which confirmation is the expected precursor to admittance to the Table of the Lord.  There is the suggestion about talking to the pastor about it.  This is all well and good but it all sits within a context that suggests no big deal about communion.  I especially noted that they were welcomed back by sharing the bread and wine and not once in the answer was there a reference to the Body and Blood of our Lord Jesus in, with, and under that bread and cup.

Again, the issue here is what this official journal is teaching both about what is happening in ELCA congregations and what should be happening.  It is wonderful that a lapsed family is back but no one is taking this serious enough to suggest that the two teens are in fact unchurched.  If we love them enough to welcome them back, can't we love them enough to talk about receiving the Body and Blood of Christ with faith so that they benefit from this Holy Communion as God intended and Scripture expects?  The advice given was not bad but it was wholly inadequate.  Worse, it shrugged off this important issue as if it were merely a matter of a few words from mom or dad or the pastor.  Lutherans confess that to receive the Sacrament for your benefit requires faith and specifically faith in the words "given and shed for you for the forgiveness of sins."  Our confessions insist that worthy communicants are those who have been examined and absolved.  We do these teens a disservice by failing to honor them with the full measure both of what is given by God and what receives His gifts.

It is sort of like telling the sexually active teen that it is time to talk about the birds and the bees.  Too little, too late.  Yes, have the conversation and better late than never but the conversation should have been had a long time before.  Parents who will be admitting their children to the Sacrament (as the advice column suggests) need to be equipped with the tools to prepare those children or else the whole thing becomes somewhat trivial and meaningless.
Posted by Pastor Peters at 6:00 AM