Who is left to attack? 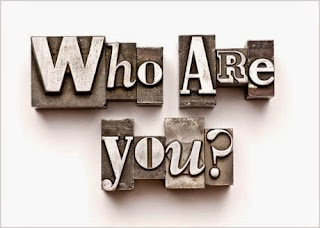 The recent attacks on white males by a recent hire at Boston College only showcase the vitriol on the park of those who play the part of the victim.  Apparently there are few people left who are safe to pick on.  Among them are while males, the ever popular enemies of all the enlightened, and, of course, Christians.  Those who attack women are called misogynists, those who attack homosexuals are called homophobes, those who attack Islam are called Islamophobes, etc. . . but the only folks who are left to legitimately attack are white males and Christians -- a twofer if you can get them both in one fell swoop.

My point is not merely to complain about this or to point out the injustice but to suggest that the so-called identity politics of the moment prevent any sense of real community or commonality at all.  It is surely related to the common practice of victimization in which we define ourselves against others according to the injustices we have born.  As we say to our children, life is not fair and everyone bears some form of injustice or wound.  A community is not merely a collection of individuals but a people who sacrifice self for the sake of another.  While it is always an imperfect and uneven truth, it is the first mark of the church and it is also the mark of a healthy society and nation.

To listen to Michelle Obama and her commencement speech in which she complains about being mistaken for help, having people walk to the other side of the street from her, or the clerks who watched her with suspicion is to miss that her husband is President of the US and she is first lady -- an ivy league graduate who has lived very well and reached the American pinnacle of success and power.  There seems to be no end to way we wear our wounds and left them define us.  No one but an idiot would suggest that the plight of Blacks in America has been anything less than brutal, tragic, unjust, and shameful.  Racism does persist but it has been banished from the main stage of ideas and relegated to the shadows.  To fail to acknowledge this publicly and to let these strides also define us as a nation and as individual members of this society is to choose victimization and identity politics over the good of the larger community.  By the way, I also have been mistaken for help, looked at with suspicion (for wearing a clerical collar in the South), and had people walk away from me because of an anti-Roman Catholic prejudice that transcends the color barrier (Lutherans get lumped in here because nobody down here knows what a Lutheran is).

We have let our feelings loose to overcome our minds and poison our hearts.  When the old bad people left in the world are white males and Christians who refuse to bow to the gods of political correctness, what we have left is no community, no society, and no future.  The path before us should call us to virtue more than merely recite the injustices we have suffered.  More than this, there ought to be voices out there who challenge the identity politics and victim identity that has come to shape us more and more as a people and as individuals within the American population.

The Church should be ahead of the curve here.  And it is in most cases.  Even in the Church, however, there is a form of racial segregation not of force but of affinity which is not healthy.  Sunday morning in America remains segregated not because churches are closed to people of different color or race but because the churches have become places where ethnic and racial cultures are preserved.  There is nothing wrong with that as long as preachers and people do not allow the choices we make about where and with whom to assemble to color the way we see others.  Christians challenge each other on the basis of Scripture and faithfulness to Christ both in doctrine and in practice and not in the supremacy of one ethnic or cultural identity over another.  Here, too, there are voices who play the same tired old cards of power politics of race and gender within the congregation and denomination as we have learned to do so well in politics.  It will most certainly distract us from our mission of witness and service but it has the power to do much more than this -- to surrender the Church created in Christ Jesus to be merely a creature of our own self-interest or prejudice.
Posted by Pastor Peters at 6:00 AM