Who would have believed it? 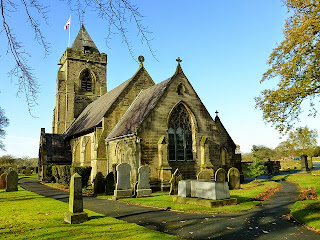 A couple of generations ago who would have believed that something like this.  Today it has become sadly predictable.  Accommodation to the culture knows no limits and once you have headed down this path, there is no retreat.  So goes the once noble Church of England. . . Great buildings, great figures in history, great liturgy (especially collects) and now great apostasy.

Read it in The Guardian:  Church of England to consider transgender naming ceremony

The Church of England is to debate plans to introduce a ceremony akin to a baptism to mark the new identities of Christians who undergo gender transition.

The Rev Chris Newlands, the vicar of Lancaster Priory, has proposed a motion to the General Synod to debate the issue, after he was approached by a young transgender person seeking to be “re-baptised” in his new identity.

The motion, which was passed by Blackburn Diocese last month, calls on the House of Bishops to consider whether it should introduce a new service to mark the milestone in the life of a trans person. A spokesperson for the Archbishops’ Council confirmed that the motion had been received, but said it would not be debated imminently.

Newlands urged the church to take the lead on welcoming a group that suffered high levels of discrimination.
He said he knew a number of trans people though his work with LGBT organisations. “It’s an absolute trauma to go through this, with the surgery, as people get a lot of transphobic bullying. The church needs to take a lead and be much more proactive to make sure they are given a warm welcome.”

The motion had “captured people’s imagination”, he said, and already gathered a large amount of support. It has been passed by the parochial church council, the Deanery Synod and the Blackburn Diocese, which covers Lancashire.
Posted by Pastor Peters at 6:00 AM

"A couple of generations ago who would have believed that something like this. Today it has become sadly predictable. Accommodation to the culture knows no limits and once you have headed down this path, there is no retreat...."

This would be a good introduction to a column about what is happening in the Missouri Synod. And while not (yet) in the abyss of transgenderism or queer marriage, there is much of the secular (liberal) culture that Missouri Synod leaders and congregations have accomodated and absorbed that would not have been believed by those in the Missouri Synod a couple of generations ago. Also, such cultural accommodations would likely have been met with imprecations from Missouri Synod Lutherans less than a century ago.

Sadly, the CoE is completely lost. It seems to all trace back to a Lambeth Conference in 1930 where artificial contraception was first approved. This was the crack in the dike that has since become a flood - women priestesses, no fault divorce, liturgy as you like it, full acceptance of the queer life, etc. It is a shame, but it is also a fact. England has lost its way and does not know where to find it.