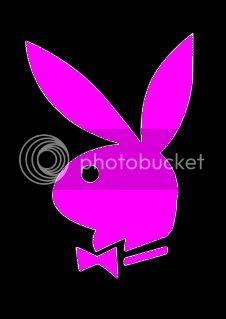 Playboy magazine was once an avant garde phenomenon, perhaps the first of what had been the domain of the dark and seedy neighborhoods to bring pornography mainstream.  When I was a kid, Playboy was what passed for accessible pornography to those living far from the city.  Sure, it was always soft core in comparison to the stuff that was wrapped in cellophane and cost a small fortune to buy (as if it were something precious and good).  Sure, it was joined by many clones along the way.  But Playboy had a certain cache to an industry notably lacking in that department.

So it is not without notice that Playboy has decided to cover up the female form.  It is no longer radical or avant garde or even financially viable to compete with the much more accessible, anonymous, and cost free pornography of the internet.  Instead Playboy has decided that some clothing is sexier than none at all.

That might be good news but according to Playboy the overthrow of an entire system of sexual morality that had once defined pornography as sin has already been accomplished.  It is now the role of civilized society to define what must be done to protect the hard fought right to pursue sexual boundaries freely and without burdens imposed by others and to define those consensual relationships and even marriage itself.

Now I don't even read the articles in Playboy much less look at the pictures.  I have no skin in this game (pardon the pun).  But I have to wonder about our society when one of the institutions of the industry that brought nudity and pornography into the mainstream of American magazines has now decided that the future lies with less obvious and more subtle sexuality.  Have we become so immune to the rampant forms of nudity and the myriad options for hard core pornography that the Playboy pin up is no longer of interest?  Surely this says something, not good, about the shape of things today.

I don't have a clue what is in Playboy's future and I don't care.  But I am gravely concerned when nudity is not enough or when our culture has become saturated with naked images.  This is not a good thing.  We live at a time when any child will see more sex acts in movie, on TV, or on the internet than any adult might have a generation or two ago.  We have become comfortable with erotic images and our culture has decided they are normal.  What cost will we pay down the road for the casual way we have come to terms with pornography?

There is probably not much chance others will follow Playboy's lead and cover up.  That would be too much to hope for.  But it is also hard to imagine that our culture, the marketplace, and ordinary life could be saturated with sex -- sex without values, without commitment, without love, without marriage, and without boundaries.  It is no wonder that some view the West with disdain and abhor the high value placed upon democracy and freedom when they see it squandered in this way.

Cardinal Dolan was right when he wrote recently that the new marginalized minority are husbands and wives who remain faithful to each other, who live within the boundaries of marital love even with all of life's struggles, and those who resist the temptation and impulse of sex before or outside of marriage and who fight the fallen desires of the heart in pursuit of purity and chaste relationships.

Playboy is covering up what they pioneered to uncover for the mainstream market and it signals a real problem for the direction of our society, for the values we cherish, and for the way we have squandered liberty and freedom.  The Church needs to be even more counter culture than ever before or we will risk being merely a tag along on a cultural ride to destruction of that which is most basic and essential to building family, neighborhood, community, and nation.
Posted by Pastor Peters at 6:00 AM

We as Lutherans can be proud of the women and men in our congregations that have found ways of experiencing and expressing an image of Godliness.

There are no values in pornography in terms of mutual trust, self-image, gender relations. It truly is about buying/selling and surely is a satanic business.

"We as Lutherans can be proud....?" Interesting comment but untrue. . Since the beginning, people of both genders, including Lutherans, struggle with their sexual and biological longings, with or without the presence of pornography in our culture. Since I am nearly 71 years old, I did not see pornographic material in my early youth. It was not culturally acceptable or moral in the post war years. But....there were still movies with attractive stars and neighborhoods filled with beautiful women, and sexual attraction and impure thoughts still managed to find their way into my innocent adolescent brain. I saw evidence of the power sexual desire holds by observing my small town and the adults who lived nearby. The Episcopal minister who had a wife and two boys...and a girlfriend on the side....until he indiscreetly pursued her in view of his congregation and was exposed. A local Catholic priest in the church I attended was a deviant who targeted altar boys. I was an altar boy, and we knew this. Eventually, decades later, he was exposed and removed from the Catholic Church. Many evidences of sexual misconduct led me to believe that pornography alone will not lead to sexual misconduct. When David gave into desire, he committed adultery with Bathsheba. Every day, someone, Christian or non Christian, gets involved in an affair, unable or unwilling to consider the consequences, loss of reputation, destroyed marriages. If all the pornography in America were outlawed tomorrow, there would still be illicit sexual activity. I believe in marriage and fidelity, and that men should marry early and remain monogamous, as should women. The Bible, knowing the physical needs and urges of people, notes it is "better to marry than to burn." I suppose the easy availability of Internet porn is another Satanic tool against especially the Christian male...and for this reason it is important to guard one's heart and mind. But the culture in which we live, the way women dress, media images....all present a daily temptation to sexual thoughts to all men in our society. We cannot avoid thoughts at times, given the continuous imagery, but we are still to make every effort to remain pure. In this area, where few pastors like to seriously talk about, spiritual warfare rages.

On top of all the illicit sexual desires (from both sides), never forget covetousness. This sin may easily precede actual sexual sin. Fenimism is right on one count (I can't think of any others): Women are chattel in these types of magazines. Doesn't that combine the breaking of two (actually three) of the commandments? And the temptation goes both ways; women can covet another woman's husband as easily as any man..

@Janis: far from chattel, the women who pose for these rags are free agents using their stock in trade to generate income; the pron worrld is up to its giblets in human trafficking, but this is completely voluntary.