No room for God at Yale but there is room for Sharia Law? 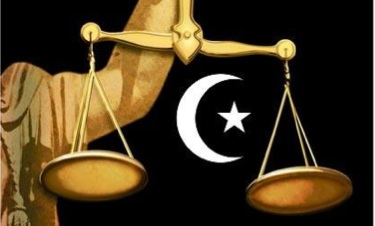 This generous gift is from Abdallah S. Kamel, chief executive of the Dallah Albaraka Group, LLC, a banking and real estate enterprise based in Saudi Arabia.
“Mr. Kamel’s extraordinary generosity will open up exciting new opportunities for Yale Law School and for the entire university,” said President Salovey. “The Abdallah S. Kamel Center for the Study of Islamic Law and Civilization will enhance research opportunities for our students and other scholars and enable us to disseminate knowledge and insights for the benefit of scholars and leaders all over the world.”
The center will bring prominent scholars of Islam to the Yale campus for public lectures, seminar discussions, visiting fellowships, and visiting professorships, attracting students from the Law School and other schools at the university to its lectures and other opportunities for collaboration.

It has been true for a long time that Yale, like most Ivy League universities, has no room for God on campus.  Christianity has long been deemed narrow minded, judgmental, misogynist, homophobic, etc... but it seems the liberal bent of Yale can handle a frank discussion of Sharia Law -- you know, the kind where Christian women are raped before their heads are chopped off, children are tortured to make them renounce their Christianity, homosexuals are dropped to their death from the roof of buildings, stoning and chopping off hands are the primary punishment tools for infractions of Islamic Law, etc...

There is no tolerance for Christianity but it appears Saudi money can purchase a hearing for a legal system at odds with every principle of American jurisprudence.  Liberalism cannot be converted but it can be purchased.  Should we have expected less or dared for hope for more from those who considered themselves the intellectual elite of America?  Probably not. . .

Dr. Ben Carson was roundly criticized for saying it but he was correct.  No one can be elected President and no one should be elected to Congress who does not admit that Sharia Law is in direct conflict with the Constitution of the USA.  It is not intolerance to suggest that those whose profess a legal system in direct conflict with the Constitution of the USA are not fit candidates for public office.  Funny how Christians are too dangerous to have espousing their faith as elected public servants or voting their values but it is offensive to suggest that those who hold to Sharia Law are not too extreme.  Am I now an Islamaphobe for stating this?
Posted by Pastor Peters at 6:00 AM

"Over a decade ago, I went to Yale University to give a speech at the law school. While I was there, my host took me on a tour of the campus. When we visited the divinity school, he commented on the fact that atheists often sought their divinity degrees at Yale. We both agreed that it made sense."

Excerpted from an August 21, 2015 column, "The Counterfeit Christian," by Mike Adams, a criminology professor at the University of North Carolina Wilmington and author of Letters to a Young Progressive: How To Avoid Wasting Your Life Protesting Things You Don't Understand.

If 'Islamophobe' is defined as a person opposed to the horrors of Sharia law--guilty as charged.

Gentlemen: if you don't stop badmouthing the Saudis, they might stop sending us presidents.