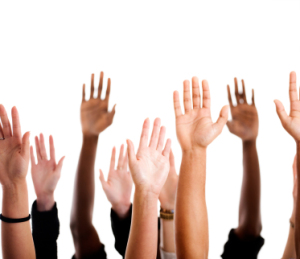 We just need to talk.  Why, a thousand year breech can easily be made up by some friendly conversation over tea and crumpets and the Pope and Metropolitan (or Ecumenical Patriarch or Luther or whomever) can fix what went wrong (in Rome, Constantinople, Moscow, Wittenberg, or Geneva).  Right?  Men of good will can repair what men of evil will undid.  Correct?

Why do we think that a few well placed words by people without egos will solve everything?  Most of the divisions in Christendom were not personalities in conflict but doctrine in conflict.  Unless doctrine does not mean anything anymore or real doctrinal consensus is achieved, the ecumenical agenda is mere paper, a cosmetic fix to a theological problem.

The unity of which Christ speaks in John 17 is not a unity forged over a conference table by well meaning people who want to cast aside disputes and put a unified face upon the church.  No, this is not a political unity but a mystical one.  Our Lord prays for the unity of His people, that they may be one as He and the Father are one.  He prays that those who believe in Him will abide in His Word and promises that He will abide in them through His Word (and Sacraments).  Now unless we think that the Father and the Son have a weekly dinner date to hash out their differences and resolve their conflicts, this is not a political unity but a mystical unity -- a oneness forged not by human effort at consensus but by the Holy Spirit.

Don't get me wrong.  I believe there is much value in ecumenical dialog.   For one thing it is good when people find out what their own church believes, confesses, and teaches.  A few ad fontes moments may surprise folks who presumed things not substantiated in creed and confession and who have abandoned things once vigorously confessed.  Ultimately the ecumenical movement bears its greatest fruit when the ultimate ad fontes moments with Scripture force us all to look at ourselves in the mirror of God's Word.  For is in that Word that God has placed His Spirit and His power that we may abide in Him, He in us, and that this dwelling may produce the blessed fruit of unity.  This unity is surely deeper than negotiated consensus manifested in language vague enough for all to agree and it is mystical because it is not merely geographical or structural but organic.

In John 17:11-12, 20-21 our Lord neither commands this unity nor does He give to His disciples the cause but prays to the Father for us and our mystical unity.  It is the same unity as our Lord Jesus has with the Father and not some diluted or distinct form of oneness.  It is born of the God who unites us to Himself and to one another in the waters of our baptism.  It is not an agenda item but a reflection of what is by God's design and purpose.  The ecumenical conversation is good but what Jesus prays for is not a single mailing address for the Church or a single unified structure of offices and office holders.  It is the unity of Christ which we have in Christ manifest at His Table.  The Eucharist is neither the path to unity nor the symbol of this unity but the fullest expression of a oneness created by God.  This is not a sacrament of good feelings or good will or good intentions but of people captive to the Word, subjecting opinion and preference to the voice of God who calls, gathers, enlightens, and sanctifies His Church.  Only He can make the unity for which Christ prays and He does so through the action of the Spirit and the agency of the Word.

Hey, its a good thing for Popes to meet Patriarchs and Metropolitans and Presiding Bishops and Synod Presidents and for their representatives to converse about what unites and divides them.  But to confuse this important work with the work of God alone to fulfill the prayer of Jesus -- that is the ultimate of hubris.
Posted by Pastor Peters at 6:00 AM

"Unless doctrine does not mean anything anymore or real doctrinal consensus is achieved, the ecumenical agenda is mere paper, a cosmetic fix to a theological problem.... The unity of which Christ speaks in John 17 is not a unity forged over a conference table by well meaning people who want to cast aside disputes and put a unified face upon the church."

Such a cosmetic example is included in the ACNA-LCC-LCMS document, "On Close Acquaintance" (p. 6):

"The remarkable convergence of our two confessions on this point of doctrine [justification] on which Luther comments, “When this article stands, the Church stands; when it falls, the Church falls” (WA 40 III. 352, 3), gives a strong impetus to our churches to implore the Lord’s assistance toward our achieving the degree of consensus that would make full church fellowship possible." [Emphasis added]

You are inferring something that is not implied. Degree of consensus does not have to mean a minimum but in fact can mean until such consensus is arrived at that satisfies the doctrine and all its articles of the Lutheran Confessions, the churches will work toward such. Are they negotiating away or discovering unity inherent in what is confessed? You, Mr. Vehse, seem to infer the former when it is not implied in the words themselves.

Anonymous: "You are inferring something that is not implied."

No, I was not. As even you concede, Anonymous, the phrase, "degree of consensus," can mean 100% agreement in all articles of doctrine, but it can also mean any other degree of doctrinal consensus down to zero. Such equivocal phrasing may be de rigueur for pastrix-ordaining, heterodox clerics, but it is not the language that should be in a document to which confessional Lutherans attach their signatures.