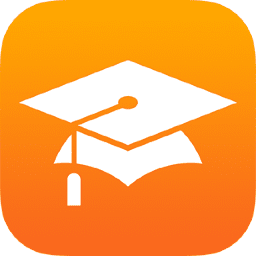 There is an elitism in education that suggests that education is better than physical, hard work and better than family for whom one labors.  It is as if the enlightenment of the mind has replaced the salvation of the soul.  It presumes that education is freedom but in reality the educational institutions and elite control the ideas and carefully distinguish between that which is acceptable and that which will not be tolerated, what dare not be thought, or said, or taught!

In such a model, vocation is not a worthy cause but a constraint that chafes against the freedom of the individual.  It is difficult to speak of vocation as a gift, a purpose, from the Divine, ordained so that we might know who we are and do what is noble (whether or not it's value or wisdom is recognized by others).

True education does not provide a safe place where one is insulated from things found offensive or hurtful.  True educational campuses are dangerous places where the natural self-inclined life is stripped away and where one is forced to encounter ideas that challenge what is easy or comfortable.  But can such an education still be found?

Students demand power over the purveyors of ideas as well as the ideas themselves and thus the order in education is revered.  Administration and faculty have capitulated not only to the threats of students but also to the expectations.  In everything except perhaps technology, the educational offerings of classes as well as the content of the classroom defers to the god of personal preference.  So, for example, labor of hands and back are demeaning things to be avoided and even still oriented paths have surrendered to the theoretical over the practical.  We graduate nurses with degrees who begin work on hospital floors without actually having given a shot, started an IV, etc. on a real person -- to name but one area.

The centrality of the individual and the primacy of preference have led to diluted degrees as well as grade inflation while those with the requisite sheepskins to certify their erudition have no marketable skills that allow them to earn a living in their field and are limited by a lack of general liberal arts to the most narrow of fields of knowledge and expertise.  The marketplace is no longer impressed with degrees or resumes and the employer has come to view employees more as liabilities than assets.

Church schools were once the harbingers of traditional liberal arts where subjects like rhetoric, logic, language, and literature taught the uninitiated the mystery of thinking so that they might engage the highest wisdom, the fear of the Lord.  Now church schools have gladly followed every educational trend and fad in pursuit of a shrinking student population and the presumption of relevance, spending as much as the rich secular universities on the amenities at the expense of the core.  In the meantime, their religious tradition has become mere legacy or the idea that maybe their values are slightly more lofty than their more worldly competitors. Where, however, church schools engage their students with the fear of the Lord at the beginning of wisdom?  Even Lutheran colleges and universities are not sure to equip their students for the noble task of living out Luther's Table of Duties.

Work is a gift of God complicated by sin but not destroyed nor robbed of its generosity.  Labor is still a noble task and its fruit is not merely paycheck or personal gain but family and neighbor.  My father, a plumber, often wondered why the doctor was so highly valued for his care over the internal plumbing of the body while his job caring for the plumbing outside the body was considered menial. In either case the disrepair was serious and life threatening.  He was  not a college graduate but attended a trade school, learned as an apprentice to wire, plumb, repair, etc...  He was no genius in the normal sense of that word but he was incredible wise in character and work ethic.

I do not mean to suggest that there was ever a pristine moment in history in which education and labor were in perfect harmony but I do seriously fear the future of a view of individual freedom, elitism, self-centeredness, and smugness that seems to be the direction of so much in modern education -- it cannot be  sustained either morally or economically!

I have little impact in the realm of the premier universities of the ivy league and those who follow them but I do raise my voice and plead for church colleges and universities to stop, think, and listen before they head off the cliff and become mere imitators of the elite schools.  We who claim eternal wisdom ought to offer something different, something better, and something that enables our students  to honorably fulfill their baptismal vocations (and not merely to fulfill the same selfish goals and ideas with a thin veneer of churchly respectability).  We have a chance to resist the impulse to be the same and to be new again, true to the Scriptures and to the authentic wisdom of the Word made flesh -- not merely as Bible schools but as great and grand places where truth does not change and lives are truly free.
Posted by Pastor Peters at 6:00 AM

Pastor, really, did you want to work at the meat packing plants in small town Nebraska ;-) ? I know I didn't.

Not much opportunity, otherwise.

To quote a presidential candidate who has become the darling of evangelical Christians: "I love the poorly educated!"